Four people have been killed and 12 are injured after a bomb explosion at a luxury hotel in Pakistan, local authorities have confirmed.

The blast happened inside the car park of the Serena hotel in Quetta, southwest Pakistan, on Wednesday, police said.

Video showed the building and nearby cars in flames as emergency services attended the scene. 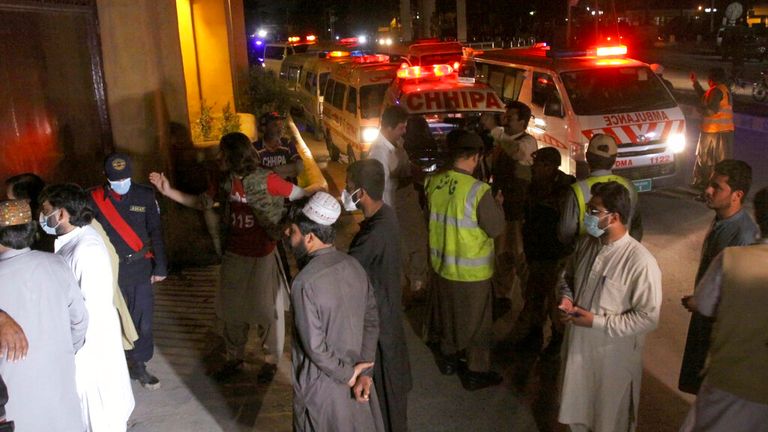 Police said those injured, some of them critically, were being transported to nearby hospitals.

“Our officers are working to determine whether it was a bomb and what type of device it could be.”

Wasim Beg, a spokesperson at the provincial health department, confirmed that four people died and 12 were wounded.

No one has claimed responsibility for the attack, but Balochistan province has long been troubled by insurgent attacks by secessionist groups calling for independence.

The Pakistani Taliban also operates in the area.