AHMEDABAD, India (Reuters) – A large Indian city badly hit by the coronavirus has recorded a sharp rise in deaths not attributed to the outbreak, according to official data and burial records, highlighting how the pandemic has affected general healthcare. 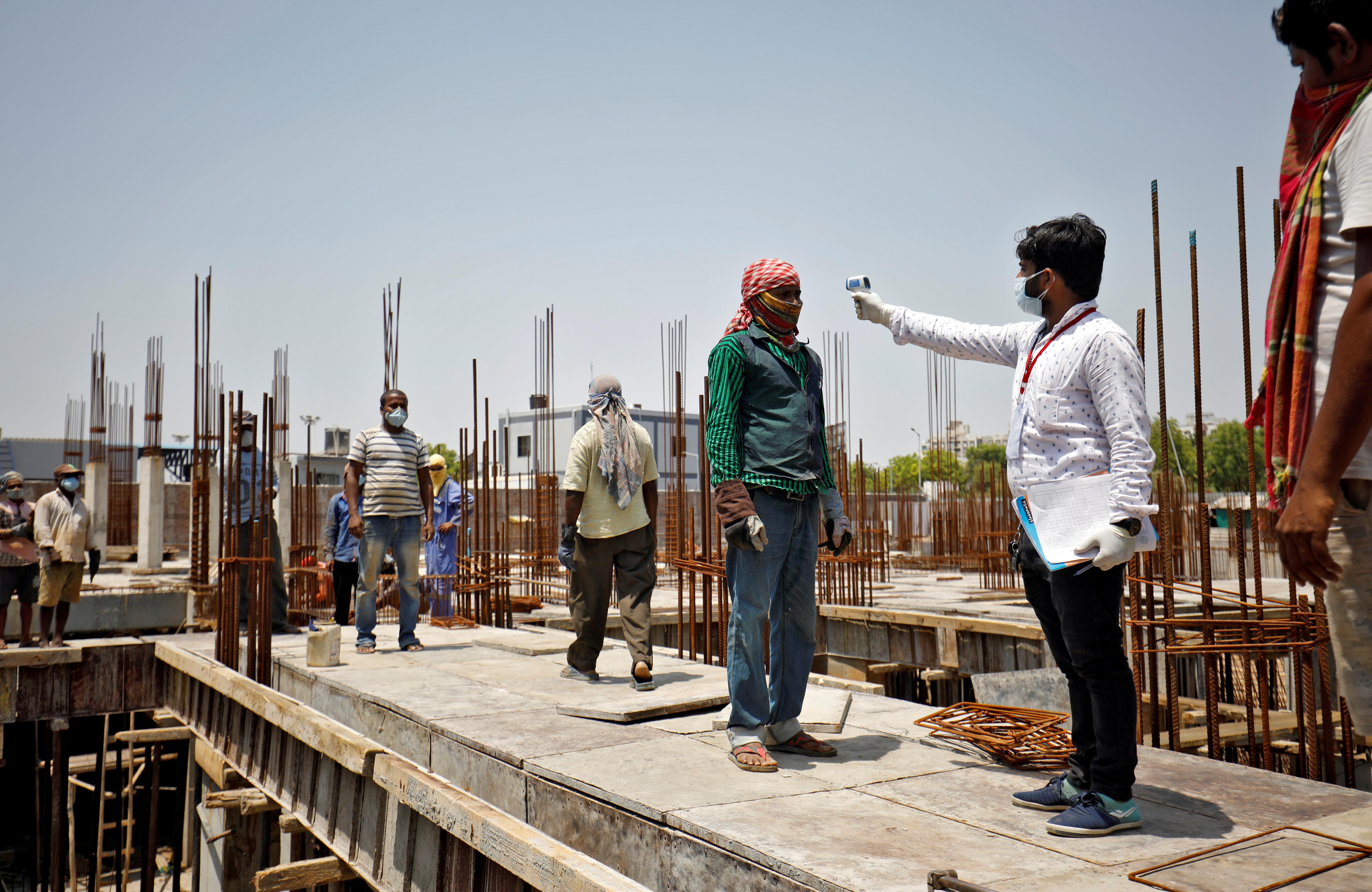 The spike in deaths in Ahmedabad, the most populous city in western Gujarat state, is due to patients with serious illnesses either not able to go to hospitals or being afraid to visit them because of the virus, doctors said.

The numbers contain “ominous signals” for the rest of the country, said Dr Rajib Dasgupta, a professor of community health at New Delhi’s Jawaharlal Nehru University.

India has the world’s fourth biggest outbreak of the COVID-19 disease caused by the virus, with over 600,000 confirmed cases and 17,800 deaths, and some of its largest cities are still reeling from rising infections.

Authorities say over 1,400 people have died because of the coronavirus so far in Ahmedabad, one of India’s worst-hit cities with more than 20,000 confirmed cases.

But the indirect death toll may be even higher.

Twenty-four Hindu crematoriums and four of the largest Muslim graveyards in the city have reported 3,558 deaths in April and 7,150 deaths in May – a spike compared to 2,784 and 2,706 deaths reported by them in April and May last year, respectively.

State government data for Ahmedabad district, which includes the city limits, shows 839 deaths because of COVID-19 during April and May this year.

Jayanti Ravi, the health secretary of Gujarat state, however said she wasn’t aware of any significant rise in deaths in the city of more than 5.6 million people.

“We have collected the data related to actual births and deaths registered across the state and it is not showing such a big deviation,” she told Reuters when asked about the spike.

India’s federal health ministry and Ahmedabad’s municipal commissioner did not respond to questions from Reuters.

Dr Mona Desai, president of the Ahmedabad Medical Association that represents over 9,000 doctors, said some of those who died may have been COVID-19 positive.

But more fatalities were likely to have occurred because patients did not seek timely treatment fearing they might become infected by the virus, she said.

“Many patients went to hospital only when their condition deteriorated, but then it was too late to do anything,” Desai said.

Doctors also said that a closure of some private health facilities during a weeks-long lockdown that began in late March made it difficult for many patients to seek treatment.

Dasgupta, from Jawaharlal Nehru University, said: “Excess deaths during the COVID surge phase has been in evidence in other countries too on account of the inability to access medical care for other time-sensitive emergencies.”

There was growing evidence that routine healthcare had been disrupted in India also, he said, adding that mortality data from high-incidence areas would provide more details.

Data from the Hindu crematoriums in Ahmedabad shows that the number of bodies cremated rose by 19% in April and 145% in May compared to the same months last year, with the first half of June also registering a marked increase.

The data was provided by the Ahmedabad Municipal Corporation under a right to information application.

Ahmedabad’s Muslim graveyards have seen an even sharper rise – data from four of the largest graveyards shows that the number of bodies buried increased by 131% in April and 396% in May, compared to the same months last year.

“People are scared of getting hospitalized because of the coronavirus outbreak,” said Rizwan Kadri, chairman of Ahmedabad Sunni Muslim Wakf Committee, which oversees five burial grounds.