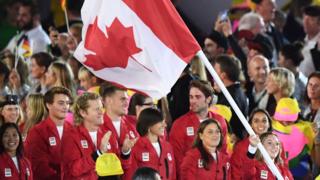 The 2020 Olympic and Paralympic Games in Tokyo have been thrown into further doubt after Canada became the first major country to withdraw.

Their announcement came shortly after the Japanese Prime Minister, Shinzo Abe, admitted for the first time that the games could be postponed.

Meanwhile, the Australian team has said it was “clear” the games could not go ahead, and told its athletes to prepare for a 2021 games.

The games are due to begin on 24 July.

What did Canada say?

The country’s Olympic and Paralympic committee said it had taken “the difficult decision” to withdraw after consulting athletes, sports groups, and the Canadian government.

“While we recognise the inherent complexities around a postponement, nothing is more important than the health and safety of our athletes and the world community,” their statement said.

More than a performance, a record, or a medal.

What did Shinzo Abe say?

For weeks, Japanese officials have said the games will go ahead as planned.

But, speaking in parliament on Monday, Mr Abe admitted for the first time that Tokyo 2020 may have to be delayed.

“If it is difficult to hold (the games) in a complete way, a decision of postponement would be unavoidable as we think the athletes’ safety is paramount,” he said.

But he insisted the games would not be cancelled altogether.

The Olympics have never been postponed or cancelled in peacetime. The 1940 Olympics – which were called off because of World War Two – were due to be held in Tokyo.

What is the International Olympic Committee’s position?

On Sunday, the IOC said it had given itself a deadline of four weeks to make a decision on the 2020 games.

It said postponement was one “scenario”, but insisted that cancellation “would not solve any of the problems or help anybody”.

In a letter to athletes, IOC president Thomas Bach said: “Human lives take precedence over everything, including the staging of the games…

What do other countries and athletes say?

On Monday, Australia told its athletes to prepare for an Olympics and Paralympics in the northern summer of 2021.

On Sunday, the head of World Athletics, Sebastian Coe, wrote to Mr Bach to say holding the games in July was “neither feasible nor desirable”.

USA Track and Field has called for a postponement, as has the competitors’ group Global Athlete.

“As the pandemic gets worse and worse and there are more and more societal restrictions put in place, I think the call needs to be made now,” said British cyclist Callum Skinner, who fronts the Global Athlete. 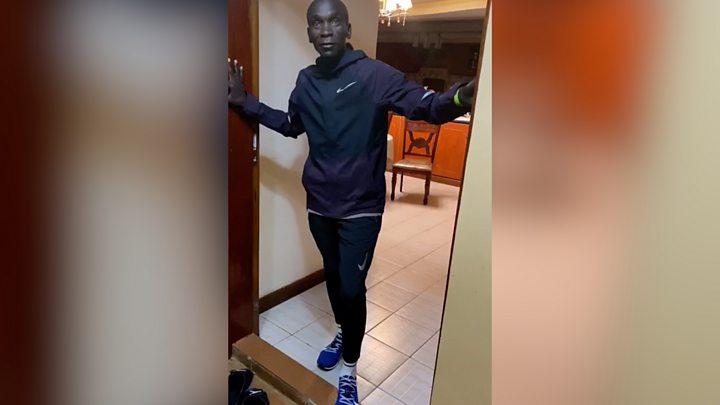