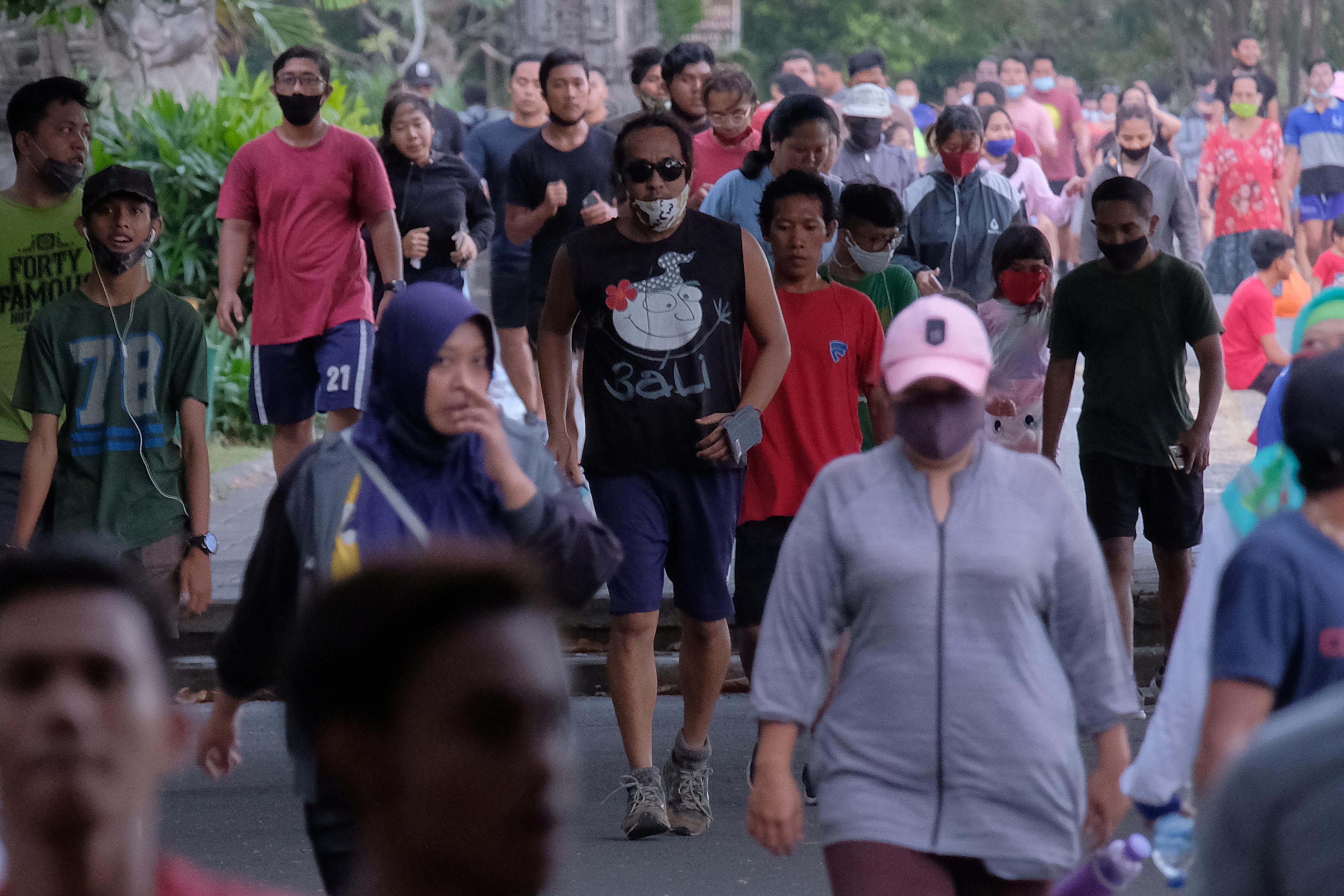 Plans to reopen Bali to foreign tourists from September have been postponed indefinitely, while Thailand’s proposal for the cautious reopening of Phuket island has come into doubt.

As well as trying to encourage domestic tourism industries, some Southeast Asian countries have been considering “travel bubbles” with others as a way to get businesses restarted.

Bali initially appeared to weather the health crisis better than other parts of Indonesia, which has suffered Southeast Asia’s biggest death toll by far. But coronavirus cases have spiked after it reopened its borders to domestic tourism at the end of July.

“Increasing domestic tourism is one important factor for increasing cases in Bali,” said Dr Pandu Riono, an epidemiologist from the University of Indonesia.

While Ketut Suarjaya, the head of Bali’s health agency, said domestic tourism was not to blame for the spike in cases, others see Bali’s experience as a warning of the dangers of reopening borders too soon.

Epidemiologists and public health experts said the arrival of tourists in Bali not only made infection from other parts of Indonesia more likely, but underscored the country’s shortcomings in tackling the pandemic, namely a lack of testing and contract tracing.

Public health experts also said another likely contributing factor was the arrival of the more infectious mutation of the virus, known as D614G.

Bali posted a record 196 coronavirus cases on Friday, the fifth consecutive daily record. Daily cases in the holiday island almost tripled on average over the past six weeks, while the death tally doubled to 116 over that period.

Bali souvenir shop owner Kamil, who goes only by one name as is common in Indonesia, said he still wasn’t doing much business but tried not to get too stressed.

“I just leave it to God because we cannot predict the future,” he said. “All we can do now is run the business according to health protocols.”

Indonesia’s economy had its first quarterly contraction in over two decades in the second quarter – with Bali’s economy shrinking even more than the rest of the country at nearly 11%.

Thailand, where foreign visitor spending made up over 11% of GDP last year, has been even harder hit by the collapse in tourism despite better managing the pandemic – also contracting the most since the Asian financial crisis in the second quarter.

The country suspended plans for a “travel bubble” agreement with select countries in August as new daily coronavirus cases rose in parts of Asia.

Yuthasak Supasorn, governor of the official Tourism Authority of Thailand (TAT), said the cautious reopening of Phuket to foreign tourists would likely be delayed until after the planned start date of Oct. 1.

Vietnam’s local tourism reopening, after initially clearing itself of the virus, also took a knock when a new outbreak was discovered in the resort city of Danang in July, forcing it to go under a strict lockdown that was only lifted on Monday.

Back in Indonesia, Kamil said he remained positive as long as his shop stayed open.

“Maybe there will be a customer,” he said.