Nearly 100,000 people have been evacuated after a powerful typhoon hit the Philippines.

Disaster response officials said about 10,000 villages lie in the path of the typhoon, which has a 400-kilometre (248-mile) wide rain band and is one of the strongest to hit the country this year.

In one video, shared online by the coastguard, a baby was saved from floodwater that reached neck height on the rescuers.

Officials have also warned some high-risk areas could be devastated by flash floods, landslides and tidal surges after Typhoon Rai reached sustained winds of 185kph (115mph).

Gusts of up to 230kph (143mph) blew from the Pacific Ocean into the Siargao Islands.

There were no immediate reports of casualties or major damage but military and coastguard personnel have been helping residents stranded by fast-rising waters.

Domestic flights have been cancelled and schools and workplaces have been shut in vulnerable areas. 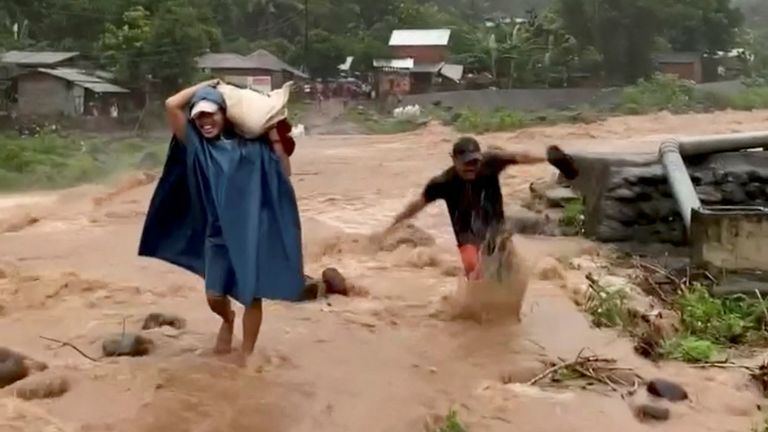 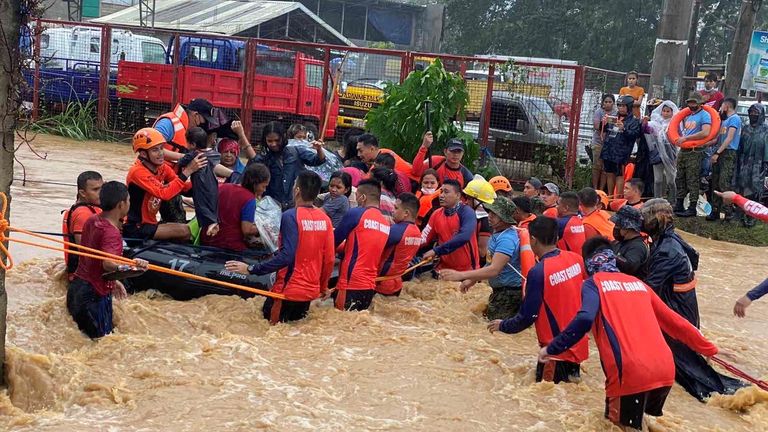 Ben Evardone, governor of Eastern Samar province, said he had suspended vaccinations in his region of nearly half a million people due to the typhoon.

More than 70% of villagers in the province have had at least one jab, and Mr Evardone expressed concern because some vaccines stored in Eastern Samar will expire in a few months.

He said overcrowding was “impossible” in the limited number of evacuation centres in his province, where more than 32,000 people have been moved to safety. 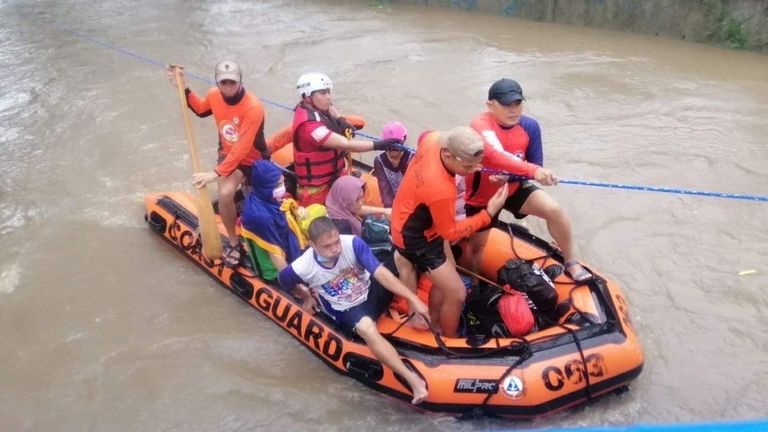 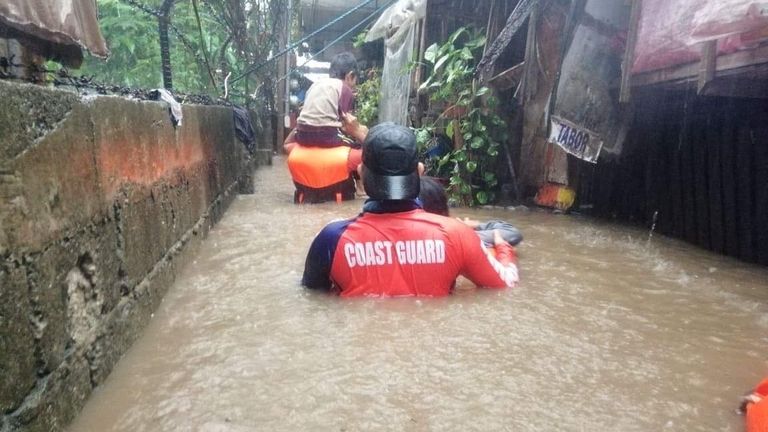 The country has been one of the hardest hit in south-east Asia, with confirmed infections of more than 2.8 million and more than 50,000 deaths.

Around 20 storms and typhoons hit the Philippines each year, which the archipelago located in the seismically active Pacific “Ring of Fire” region.