Officers in Europe’s second-worst affected country are cracking down hard on anyone caught flouting the new laws.

Spain’s Interior Minister earlier this week warned of “unsupportive” members of the public who are brazenly trying to get away with ignoring the lockdown.
A total of 1,057 people had been arrested as of Wednesday, according to the country’s Interior Ministry.

Between Tuesday and Wednesday 129 Spaniards were detained.
Earlier this week authorities said Spanish soldiers had found care home residents dead in their beds.

Troops were sent into retirement homes to clean and found many staff members had fled after coronavirus was detected.

Some elderly men and women were still alive while others were deceased. 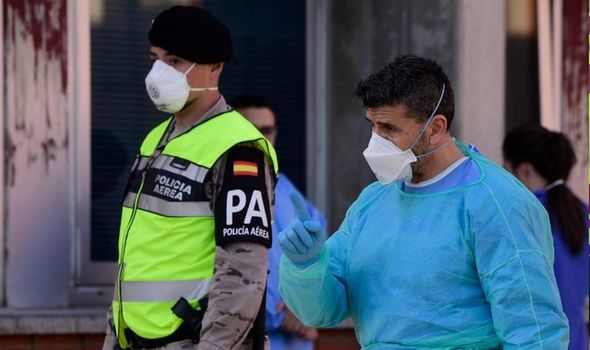 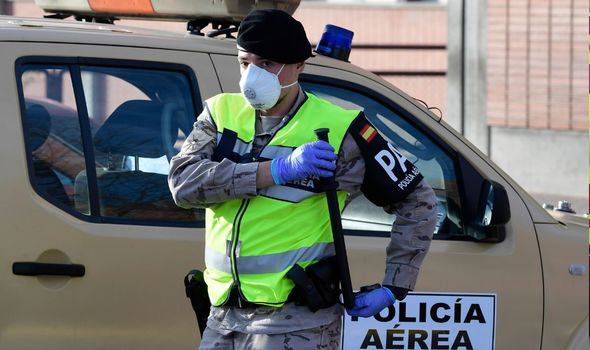 On Thursday a Spanish radio reported that deaths among nursing home residents made up one third of Spain’s overall coronavirus death toll.

A total of 1,307 elderly residents of Spanish nursing homes have died from the viral disease, radio network Cadena Ser said.

In the Madrid region alone, nursing home deaths totalled 855 since the start of the epidemic. 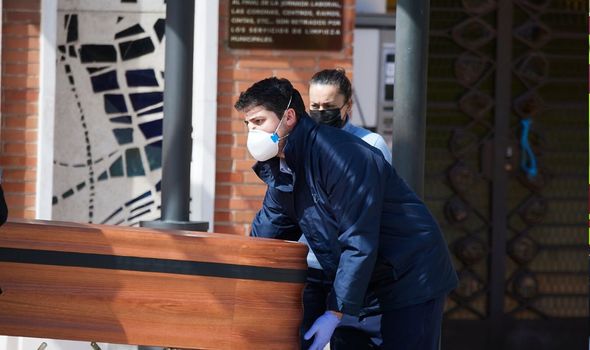 The radio cited data collected by its local stations across Spain.

Nursing homes, whose elderly residents are highly vulnerable to the disease, have been particularly hard hit by the outbreak.

The Spanish government said it was still collecting data from all regions about nursing home deaths and could not confirm or deny the report.

The Madrid regional government said the report was “not official data”, which it would share when it was are ready.

DON’T MISS
Spain coronavirus: Why has Spain been hit by coronavirus so bad? [INSIGHT]
Lockdown: Which countries are in lockdown? How many people? [ANALYSIS]
Is Spain Europe’s new coronavirus epicentre? Fears surge as death toll [INSIGHT] 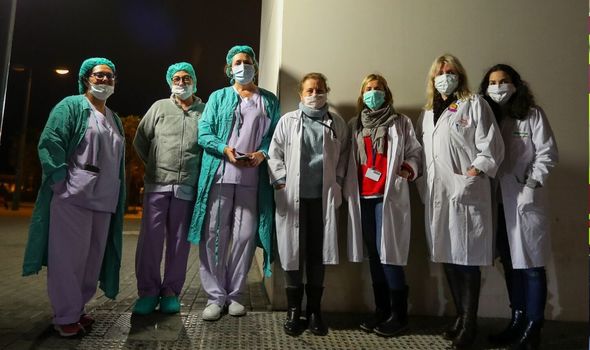 Rafael Nadal has issued a rallying cry and called on Spanish athletes to help raise €11 million to help fight the coronavirus pandemic.

Spain is one of the most badly affected countries in the world with 56,197 confirmed cases.

The parliament voted to extend the coronavirus lockdown to at least April 12 after the death toll rose to 4,154 by Thursday. 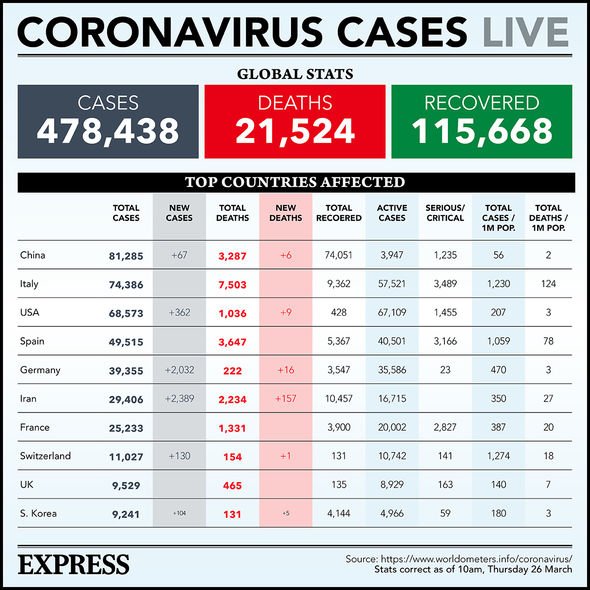 Mr Nadal said he spoke with NBA’s Pau Gasol about what they could do to help and came up with the initiative to support the Red Cross in procuring protective equipment and infrastructure to assist vulnerable families in Spain affected by the virus.

The Spanish tennis ace said in a video: “I think that we’re the athletes that we are in large part because of your support and now is that time that your athletes don’t fail you.

“We reached the conclusion that now is the time to launch an initiative which we hope that all Spanish sports come together in a show of solidarity and a good example of unity to align ourselves with the Red Cross Responde. 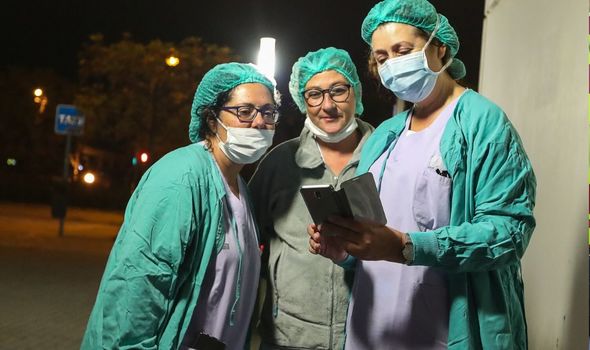 “The objective is clear, it’s to raise 11 million euros to help 1.35 million people.

“We trust that all of Spanish sport comes on board… Pau and I have already made our donations and we trust in you to make sure that this is our best victory.”

Spain’s neighbour Portugal will go into recession this year as the coronavirus outbreak hits private consumption and investment and exports collapse, the Portuguese central bank has said.