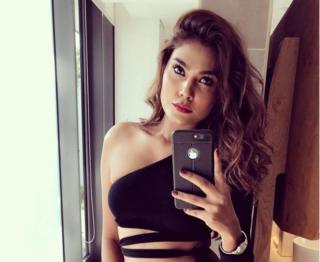 A top model, presumed dead in a plane crash in Pakistan last week, has been attacked by online trolls, accusing her of having led an immoral life.

Zara Abid’s social media accounts were deactivated after comments poured in criticising her clothes and lifestyle.

The 28-year-old was on board a PIA flight when it crashed in a residential part of Karachi on Friday, according to the manifest and her friends.

Victims have not been named but authorities said only two men survived.

Initial reports she had survived led her brother to issue a plea to people to stop spreading fake news, media reports said.

Her Instagram, Twitter and Facebook accounts are no longer visible, though it is unclear if they were taken down by the social media sites or her family and friends.

In conservative Pakistani society, women are expected to be modest and many of those in the public eye are subjected to moral policing on social media.

Zara Abid worked with some of the biggest brands in Pakistani fashion and in January this year won “Best Female Model” at the Hum Style Awards.

Leading designers paid tribute to her professionalism and style. She was set to make her debut as an actress later this year.

As news spread that she was thought to have been on the ill-fated flight on Friday, hundreds of comments were posted on her social media accounts by religious radicals questioning her faith and adherence to Islamic practises.

Many of the comments suggested that she would be punished in the afterlife for her choices.

Pictures of her wearing clothes that would be considered revealing in Pakistan were being posted online as examples of her “sinful” behaviour.

One Twitter user said, “Allah Pak doesn’t like those women who are showing their body parts to everyone and jannat [heaven] is only for pure men and pure women”.

you on the other hand have done an excellent job of showing your brain part to all of us https://t.co/uiE41uhqHg

Prominent women can face abuse and even rape or death threats online in Pakistan in the name of morality or religious piety.

There were of course also many tributes to her from fellow models, designers and actors who called it a “tragedy for the fashion industry”.

Some said she had redefined conventional beauty standards with her tanned complexion. In Pakistan, like in much of South Asia, fair skin is considered beautiful and idolised.