Michael Schumacher injured in a skiing accident in the Alps

The racing star has not been seen in public since he suffered severe head injuries in a skiing accident in 2013.

Long-term companion Jean Todt told German outlet Bild Sport: “I am happy the fans, not only in Germany, think so much of him. People ask so often about Michael.

“The fans should know that he is in the best hands. In the best situation he can be in and surrounded by people who love him.”

Mr Todt celebrated titles and race victories with Schumacher at Ferrari and remains a close friend of the ace’s family. 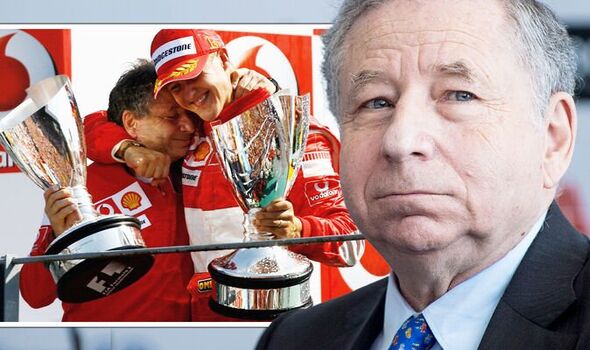 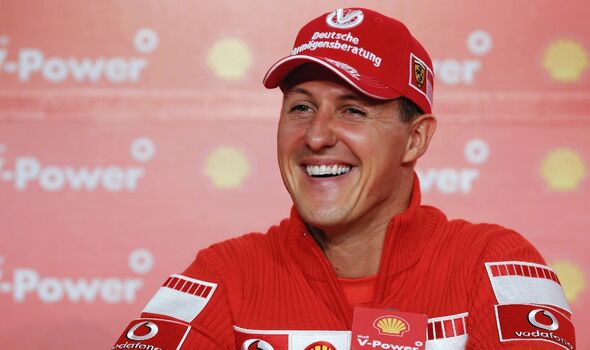 He said: “As long as I am in this world, I will always visit them.

“Sometimes we see each other three times a week, sometimes not for a whole month.

“They are my friends and we are in constant contact. Whatever I can do for the Schumacher family, I will do.”

The Schumacher family rarely speak about the racing pro. 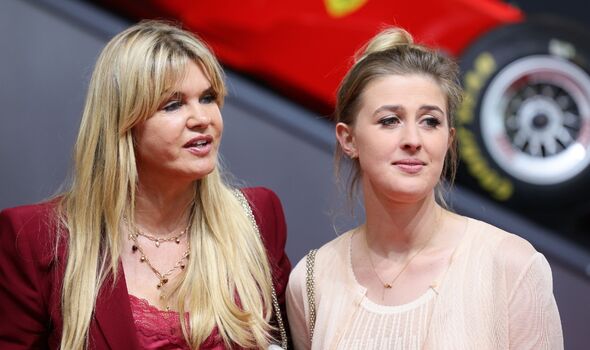 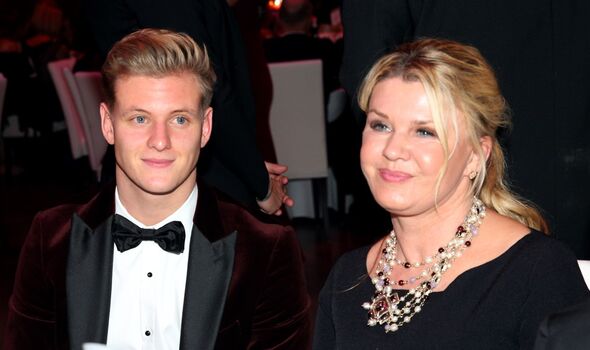 His wife Corinna recently accepted the prestigious State Prize of North-Rhine-Westphalia in recognition of the driver’s trailblazing career and gave fans a tearful update.

She said: “I miss Michael every day. But it’s not just me who misses him. It’s the children, the family, his father, everyone around him. I mean, everybody misses Michael, but Michael is here.

“Different, but he’s here and that gives us strength, I find.
“We try to carry on a family as Michael liked it and still does. And we are getting on with our lives. ‘Private is private’, as he always said.

“It is very important to me that he can continue to enjoy his private life as much as possible. Michael always protected us, and now we are protecting Michael.” 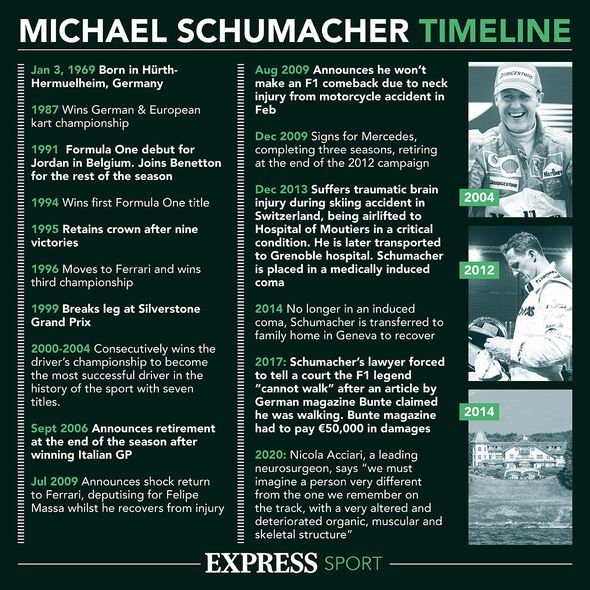 He told Bild: “I’ve spent a lot of time with Corinna since Michael had his serious skiing accident on December 29, 2013. She is a great woman and runs the family.

“She hadn’t expected that. It happened suddenly and she had no choice. But she does it very well. I trust her, she trusts me.

“Thanks to the work of his doctors and the cooperation of Corinna, who wanted him to survive, he survived – but with consequences. 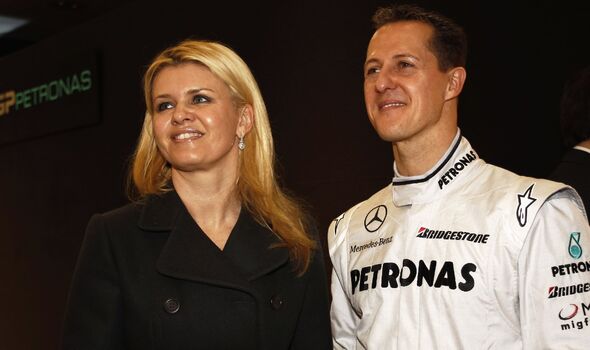 “And right now you are fighting the consequences. We hope that things will slowly but surely improve.”

Schumacher was crossing an off-piste area between Piste Chamois and Piste Mauduit when he fell and hit his head on a rock.

Despite wearing a skiing helmet, he suffered catastrophic injuries and was rushed to hospital where he was kept in a coma as doctors battled to save the racing champion.

They gradually brought him out of unconsciousness in a process they completed a year after the accident.