Local rescue crews picked through tons of rubble looking for survivors in Surfside, a barrier island town across Biscayne Bay near Miami, after the part-collapse of the Champlain Towers South condominium apartment tower overnight on Thursday. Footage captured by a security camera nearby showed an entire side of the building crumbling in two sections, one after the other, in billowing clouds of dust at about 1:30am local time (6:30am GMT).

A large section of the 12-story tower fell in seconds.

Local officials said the complex had been undergoing roof construction and other repairs.

Barry Cohen, a former Surfside vice mayor and building resident, said: “At first it sounded like a flash of lightning or thunder. 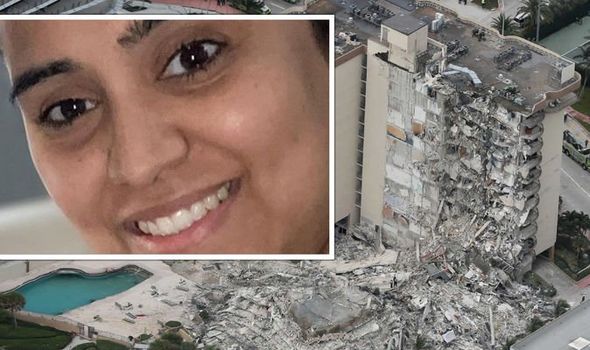 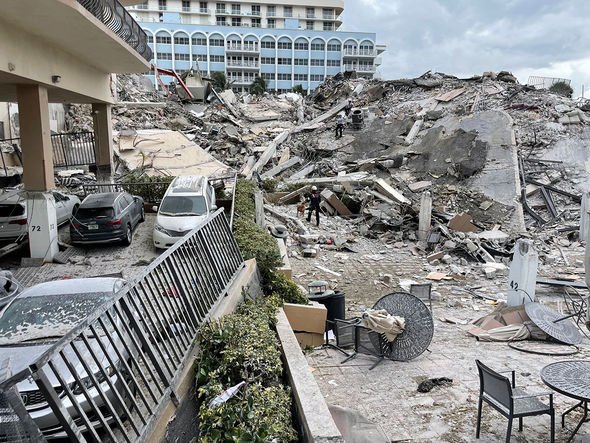 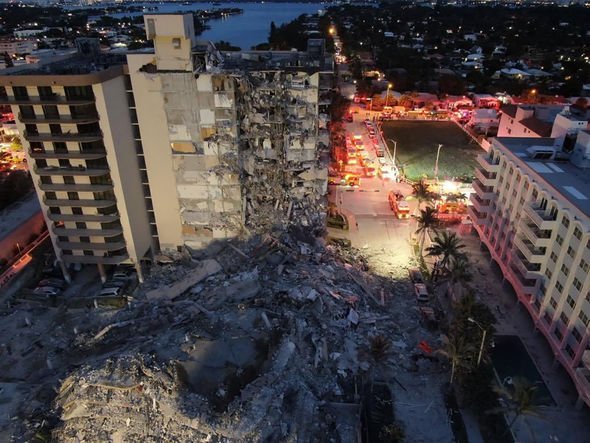 Surfside Mayor Charles Burkett said construction work was being done on the roof but there was no indication it caused the collapse.

He added: “It’s hard to imagine how this could have happened. Buildings just don’t fall down.”

Daniella Levine Cava, Miami-Dade County Mayor, told reporters 99 people remained unaccounted for18 hours after the collapse, though some may not have been in the building at the time.

Another 102 individuals whose whereabouts were initially unknown have since been located and “declared safe,” she said.

A fire official said 35 people were evacuated from the part of the high-rise left standing. 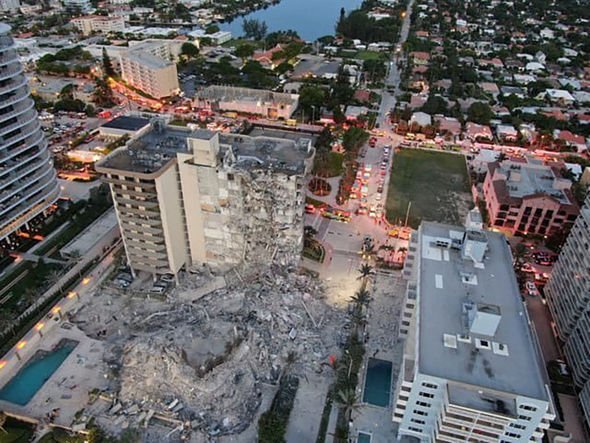 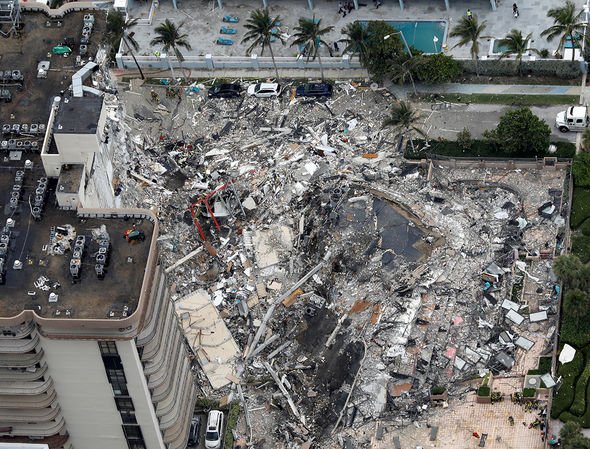 Response teams, using trained dogs and drones in the search of survivors, pulled two individuals from the rubble.

One of the two had died.

County Mayor Cara told reporters “obviously” there were structural issues with the tower, but engineers were working with firefighters to shore up the part of the building left standing.

She also informed locals on Twitter of how Florida Governor Ron DeSantis signed an executive order declaring a state of emergency for Miami-Dade County to hasten access to federal disaster assistance.

Miami-Dade Police Director Freddy Ramirez said earlier in the day: “Fire and rescue are in there with their search team, with their dogs.

“They’re in search-and-rescue mode, and they will be in that mode for a while.

“They are not quitting.

“They’re going to work through the night. They are not stopping.” 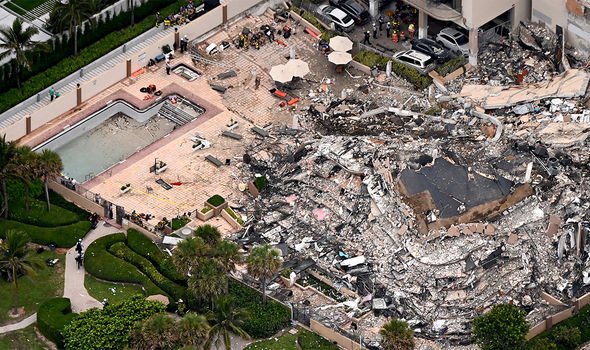 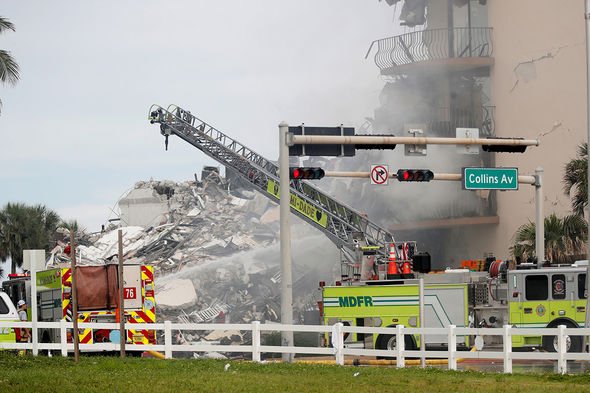 Mr Ramirez added the numbers of known casualties and people missing were likely to fluctuate.

He warned: “I don’t want to set false expectations.”

Oliver Gilbert, vice chair of the county board of commissioners, said: “This is a very tragic situation for those families and for the community.

“I just have to implore everybody, just pray.”

Miami-Dade Police have assumed control of the investigation.