MEXICO CITY (Reuters) – Mexico’s health ministry reported more coronavirus cases on Sunday, urging people to maintain a “healthy distance” to avoid infection, even as the president held rallies in the country, shaking hands with and hugging dozens of people. 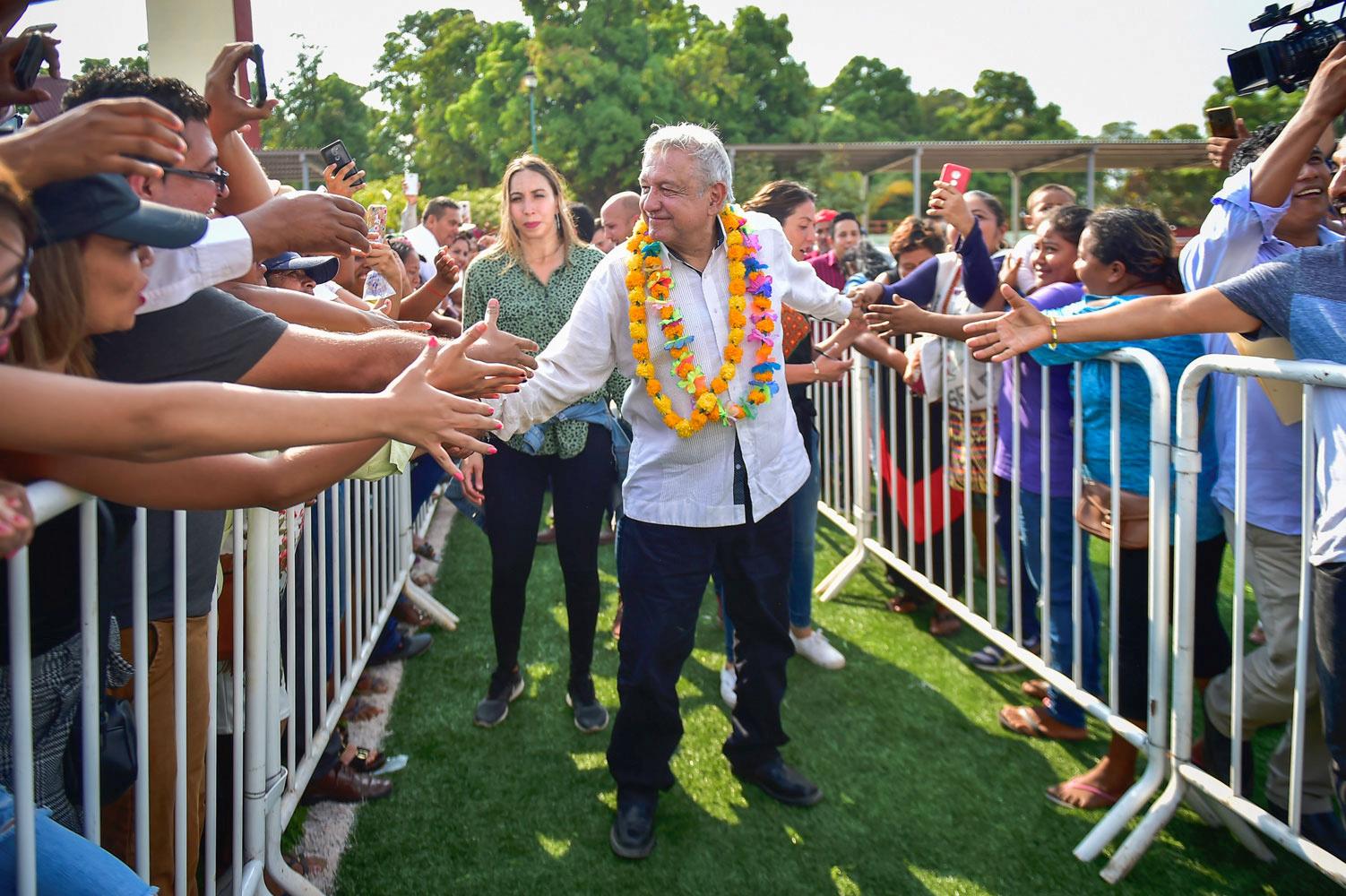 In contrast to the United States and much of Central America, Mexico has not imposed significant travel curbs to fight coronavirus, opting for a less intrusive approach.

Still, on Saturday, officials at the health ministry began ramping up measures aimed at containment, setting out an initiative known as “Sana Distancia” (Healthy Distance) to encourage the public to avoid infecting each other.

“It’s social distancing, it’s about distance to keep us healthy,” Ricardo Cortes, a health ministry official said in a Sunday evening news conference that announced Mexico’s tally of coronavirus infections had risen to 53 from 41 a day earlier.

Meanwhile, leftist President Andres Manuel Lopez Obrador kept up his busy schedule of rallies around Mexico at the weekend, touring towns in the southwestern state of Guerrero.

Some critics and health experts expressed alarm at the sight of the president hugging supporters and kissing their children on Saturday, arguing he was setting a bad example.

On Sunday, Lopez Obrador shook hands with dozens of people at a rally in the town of Marquelia, embracing many others as they reached out to take selfies.

Speaking at two rallies, Lopez Obrador made no direct references to the virus as he renewed his attacks on critics, telling the Marquelia crowd the days when his “conservative” opponents could defraud the public and steal were over.

“That’s why I have great faith that we will move our beloved Mexico forward; the misfortunes, the pandemics, they won’t do anything to us, forget it,” the president said.

Later, in videos posted on Twitter, he praised the beauty of the Pacific beaches, and laughed and joked with local residents.