According to an internet poll published today, around 62 percent of French people admitted to not trusting Mr Macron and the government in the wake of the deadly pandemic.

This result is six points up from the previous poll carried out in August, while trust in the French government dropped five points.

The Elabe poll for BFMTV, which asked 1,000 people in France aged 18 and over, also found nearly one in two people (47 percent) think the French government is not taking “enough precautions” to limit the spread of the virus.

However, around 20 percent considered the government is taking “too many precautions” with 33 percent saying they are doing “just the right thing”.

Around 84 percent of people were “in favour” of continuing to work from home to curb the spread of the virus. 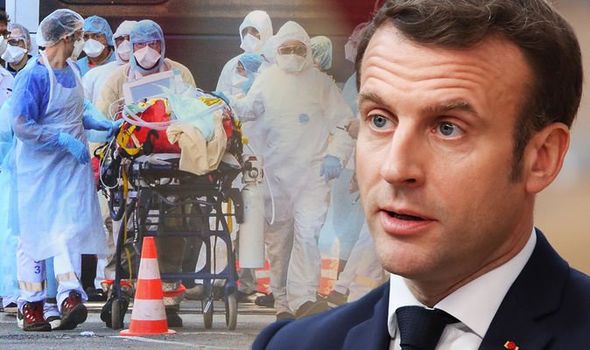 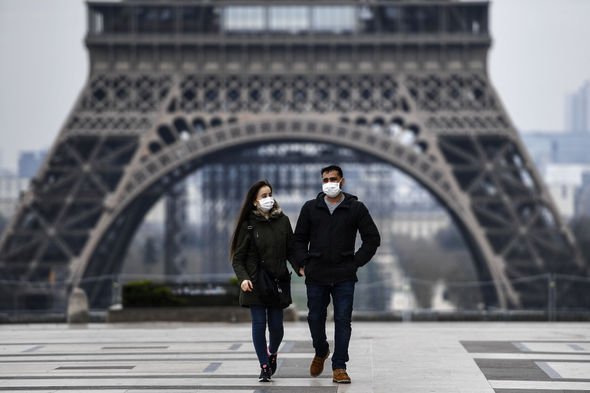 While 68 percent said they are “worried” about the virus, a drop of six points compared to the previous poll in August.

In contrast 31 percent said they were “not worried”.

Earlier this month, the French President sparked fury online after footage of a visit to a high school was shared on social media.

In the video, Mr Macron was seen removing his face mask and coughing into his hand while addressing students in the school. 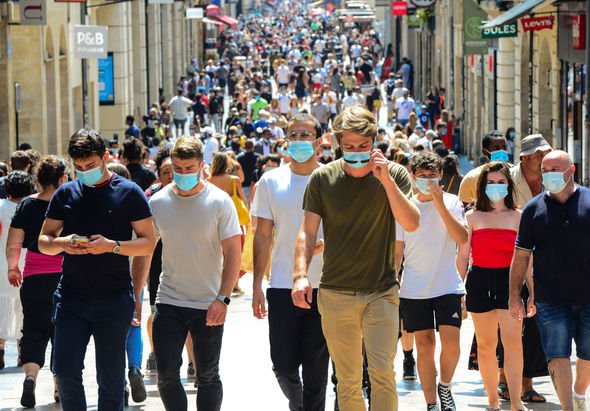 This sparked outrage as French officials have demanded citizens ensure they cough or sneeze into their elbow to stop the stop of the virus.

France has been one of the worst hit European countries following the outbreak of coronavirus.

Over the weekend, more than 10,000 new daily cases of coronavirus were reported, sparking fears of a second wave across Europe.

Mr Macron suggested there could be a new crackdown if the number of infections continues to rise. 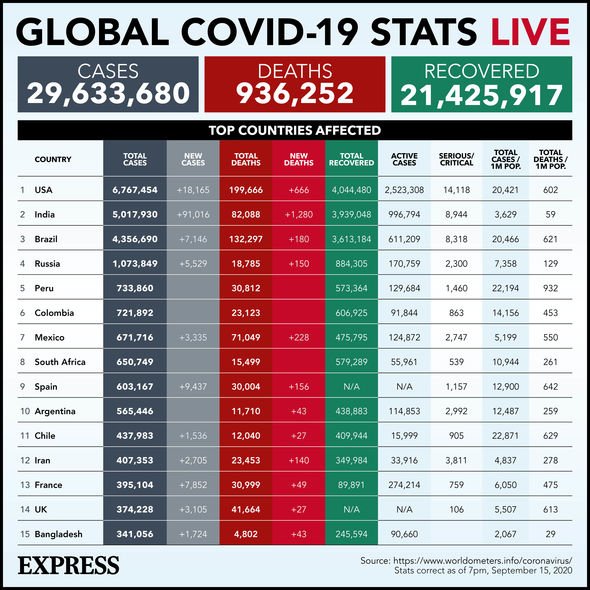 During a meeting with medical and scientific advisers, Mr Macron said: “We need to be as transparent and clear as possible.

“We need to be demanding and realistic without giving into any kind of panic.”

Mr Macron urged the public to be more disciplined about social distancing, washing their hands and wearing masks.

He added: “I solemnly appeal today to the sense of responsibility of each one of you. 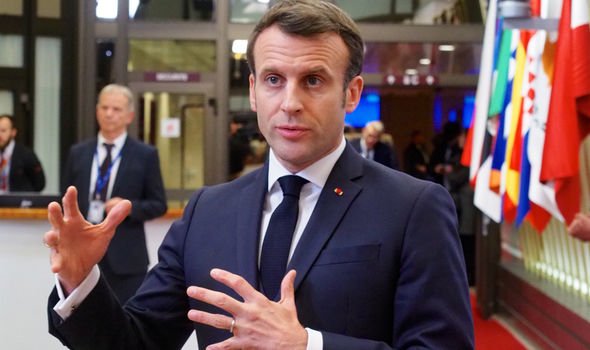 “The only way we will succeed in stopping this epidemic is if all of us are vigilant and stick together.”

French Prime Minister Jean Castex played down the threat of a second nationwide lockdown and said measures would include fast-tracked testing and targeting local areas.

He said: “The virus is with us for several more months and we must manage to live with it without letting ourselves get drawn once again into a narrative of nationwide lockdown.”

Following the outbreak of the deadly virus, both Mr Macron and Mr Castex have seen their popularity plummet. 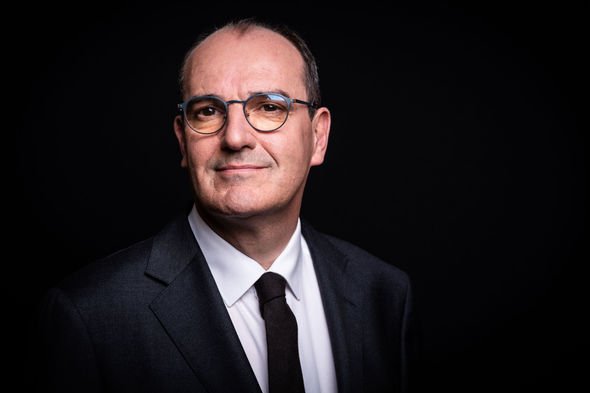 And the number of people who were not satisfied with the President was 63 percent.

This is a drop of one percent in the same survey carried out in June.

The popularity of Mr Castex also fell dramatically, from 55 per cent of people who liked him in July to 48 percent in August.

The rate of dissatisfied people soared from 40 to 46 percent.