French authorities said on Thursday that 365 people had been killed by the novel coronavirus within 24 hours, taking the hospital death toll to 1,696. Nearly a quarter of a million French people have also been fined for flouting the government’s strict instructions to stay at home amid the worsening coronavirus pandemic, Interior Minister Christophe Castaner said on Thursday. “Police have fined more than 225,000 people for non-respect of the confinement measures,” Mr Castaner told France 2 television, adding that some 3.7 million police checks had been carried out since the full lockdown came into force on March 17.

He added: “The lockdown should remain in place until we have won the battle against the virus.”

Restaurants, bars, shops, beauty salons and schools have been shut nationwide and people ordered to stay at home other than to buy food, medicines, travel to work, exercise or for urgent medical care.

Some 100,000 police officers have been deployed to enforce the strict lockdown.

Checkpoints have been set up and those on the move must be able to justify their journey on a printed ministry document, pedestrians included. 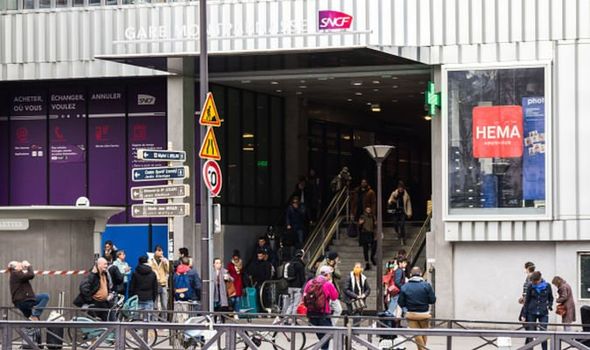 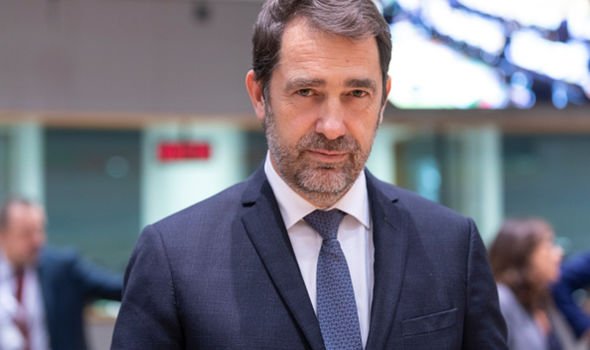 Earlier this week, a scientific council advising President Emmanuel Macron on the epidemic crisis said the lockdown was “the sole efficient strategy” to restrict the virus’ spread and should be “strictly implemented”.

The Macron government is yet to decide on an end date.

France’s public health chief Jérôme Salomon said on Thursday that 365 people had been killed by COVID-19, over the previous 24 hours, taking the country’s total hospital death toll to 1,696.

Mr Salomon said 29,155 people had tested positive for the virus so far nationwide, adding that the real number of cases was likely far higher as testing was reserved for high-risk patients.

Some 3,375 patients are currently in intensive care out of nearly 14,000 people hospitalised after becoming infected, he continued.

President Macron has enlisted the army to help support public services strained by the deadly outbreak.

The military operation, named “Resilience” will focus on “aiding and supporting the population, as well as helping public services face the epidemic in mainland France and overseas,” he said.

Despite Mr Macron’s efforts to reassure citizens he is tackling the virus head-on, more than half (55 percent) believe his government “underestimated the seriousness of the health crisis,” a poll published on Wednesday found.

The survey of 1,005 people, conducted by Odoxa-Dentsu Consulting for newspaper Le Figaro and France Info radio on March 24-25, also showed that 79 percent of French people think the Macron government is proceeding blindly and “does not know where it is going”.

However, 95 percent of those interviewed said they approved of the drastic measures imposed to restrict movement.