London snow was spotted on Thursday after snow and ice warnings issued for the north of the UK by the Met Office ended. The bright and sunny conditions in London briefly broke and the capital was hit with heavy snow showers. But is it still snowing now?

The Met Office issued a weather warning for snow and ice on Thursday morning for Scotland and northern England.

The yellow warning was in effect until 10am, after which time the weather forecaster has issued two weather warnings for wind across northern England and Northern Ireland.

Several people took to social media on Thursday when sunny spells in London were interrupted by snow. 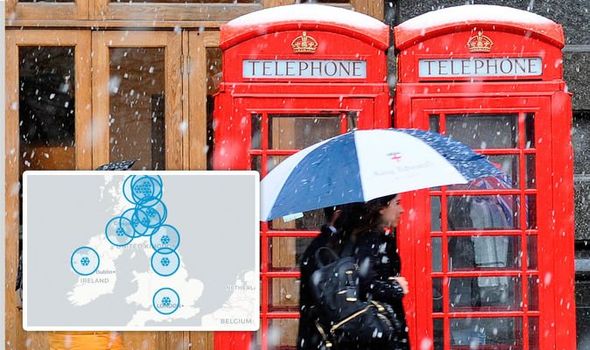 The Met Office weather forecast for London and the South East predicts early showers clearing and becoming fine with windy conditions over the coming days.

On Thursday, the weather forecaster said conditions are windy, but largely fine and dry initially.

There will be cloud and isolated showers will develop from the west late morning, continuing into early afternoon.

The weather will see fine spells emerging later on in the afternoon with winds remaining strong.

The maximum temperature will be 8C.