MADRID (Reuters) – Death arrived slowly at the nursing home where Chelo Megia works. Then it was everywhere. 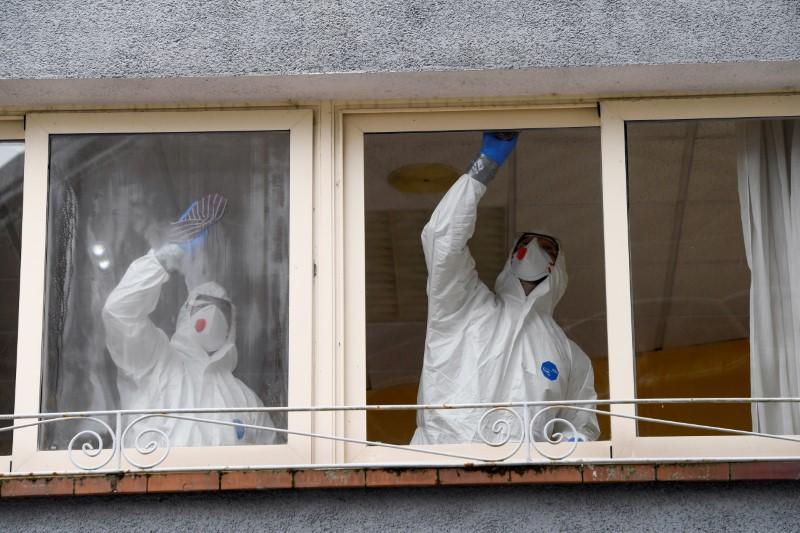 On March 11, a Wednesday, Megia still thought the Residencia Nunez De Balboa in central Spain, where she had been an auxiliary nurse for 15 years, might avoid the new virus spreading rapidly across the country. “We saw it as far away,” she said.

By Thursday, several elderly residents had been hospitalized. The staff learned later that some residents had tested positive for COVID-19, the disease caused by the coronavirus. On Friday a medical team arrived in head-to-toe hazmat gear that Megia had only ever seen in movies.

“They started isolating everybody and telling us, ‘Protect yourselves.’ We were wearing a mask and gloves and that was it,” she said.

That day, the regional government replaced the management of Megia’s home, which it had been running as part of social services, with medical staff, and transferred it to its health department in a bid to tackle the outbreak.

Just one week later, according to unions and officials, 10 of the home’s 200 or so residents are dead, 13 have tested positive for coronavirus and 50 more are possibly infected in a country with one of the biggest outbreaks after China and Italy. Not all have been tested. A patient ombudsman’s group has filed a complaint of negligence against the home with Spanish authorities; the home’s owner, the regional government, declined to comment on it.

Worldwide, nursing homes have become hotspots for the disease. As it courses through Spain, the death toll has more than doubled in the past week to 1,720 people, says Spain’s health emergencies department. So far at least 100 of those have reportedly been from nursing homes, but the central government can’t say how many.

“Right now, this isn’t a nursing home, it’s a hospital,” said Megia, 49, exhausted and shaken after seven straight days on the job. “Everything has completely changed.”

The coronavirus has wrought dramatic transformations of nursing homes across Spain, turning dozens of its 5,500 homes into plague houses and propelling their ill-equipped staff onto the frontlines of an accelerating pandemic.

Spain’s overwhelmed hospitals have asked homes for the elderly like Megia’s to care for seriously ill residents, but the homes lack ventilators and must compete with hospitals for scarce medical equipment and virus testing kits, industry representatives say.

In some homes, staff said they were rationing masks or making their own out of cloth, or wearing disposable gowns for multiple shifts. Some workers said they were too scared to come to work, while others had fallen sick, leaving homes short-staffed during a time of unprecedented need.

These claims were echoed in video testimony from seven care workers provided by their union to Reuters. They said they had received little or no guidance on how to deal with infected residents, and feared carrying the disease home to their own families. Some accused their managers of downplaying or covering up cases of coronavirus.

In at least three cases, the management of nursing homes have allegedly been slow to respond to the threat, which unions say exacerbated infection.

The Defensor del Paciente, a privately funded patients’ ombudsman group, said it has filed complaints of negligence with the public prosecutor and asked for in-depth investigations into the management of three homes nationwide, including the Residencia Nunez De Balboa, where Megia works.

“We told the prosecutors they should keep a close eye on the elderly homes, because the situation was crazy,” said Carmen Flores, its president. She said the situation in some cases was grotesque: Homes had not taken infected patients to the hospital, but had “put them in the dining room and left them there, the poor people.”

Separately, prosecutors last Wednesday confirmed opening a preliminary investigation into at least 17 coronavirus deaths at the Monte Hermoso nursing home in Madrid, the center of Spain’s epidemic. Monte Hermoso’s management did not respond to a request for comment.

A spokesman for the regional government of Castilla-la Mancha, which owns Megia’s home, said he could not yet comment on decisions taken by its management. There are 400 homes in the region, he said. More than 100 people in 78 homes have COVID-19. Nearly 150 staff have tested positive and 35 people have died. A further 700 people are in isolation, it said, without specifying whether they were staff or patients.

A spokeswoman for the national prosecutor’s office said she could not comment on individual cases but all complaints against nursing homes will be investigated. Whether the inquiries lead to any procedures has yet to be decided.

All of Spain’s care homes – two-thirds of which are privately run – are now locked down, their almost 400,000 elderly residents cut off from their families. The government said on Sunday that nursing homes that cannot cope with the coronavirus crisis need to let the authorities know. When needed, emergency military units could be called on to help.

At one home in a village in the south, the Navy have moved in because the entire staff have either been infected or are isolated, local media reported. The Navy confirmed it is helping.

“We’re raising our voices and crying for help,” said Ignacio Fernandez Cid, President of Spain’s Federation of Elderly Care Businesses, an industry association. “We need … equipment to help people. Without it, we can’t attend to them and we’ll have to turn them over to the hospitals.”

Cid’s own company runs nine care homes across Spain, some of which he said have coronavirus cases. However, he said the true extent of the infection remains unknown as staff have no access to testing kits. Homes like Cid’s are “like a dam holding back the virus,” because they are holding onto a high-risk pool of potential carriers instead of sending them out to hospitals. “And if that dam breaks we’re lost,” he said.

Retirement homes will be one of the priorities of a campaign of increased testing, health emergency chief Fernando Simon said on Sunday, to ensure people with the virus don’t come into the homes and that infected residents could be separated from the rest “before we see serious situations as we’ve seen in some of these homes.”

“CANARY IN THE COAL MINE”

Around the globe, nursing homes have emerged as a vulnerable frontline in the global pandemic. COVID-19 is most lethal for the elderly. So far it has also struck nursing homes in the United States and Italy, and it threatens facilities in every country where the pandemic spreads.

“Nursing homes acted like a canary in the coal mine – the alarm ringing to show the virus is already circulating among us,” said Javier Del Aguila, an epidemiologist working in the public health system in Madrid.

“At first, because most people show mild symptoms, the virus is not recognized,” he said. “It’s only when the virus enters a vulnerable place like a nursing home that we spot it and realize it’s in circulation.”

Cases of coronavirus were first detected in nursing homes in Madrid in early March, regional authorities said. Many Spaniards have been horrified by how the virus was allowed to tear unchecked through such a cherished and vulnerable group. Spain boasts average life expectancy of over 83, higher than any other country apart from Switzerland and Japan.

Across the country, around 180,000 staff work in nursing homes, the industry says. Those who were caught unknowingly in the first wave of infection have been the “vector” for contagion, said Luis Manuel Monforte, leader of the health sector for the UGT Union in Castilla-la Mancha.

Megia said she has no symptoms but has started avoiding family members. 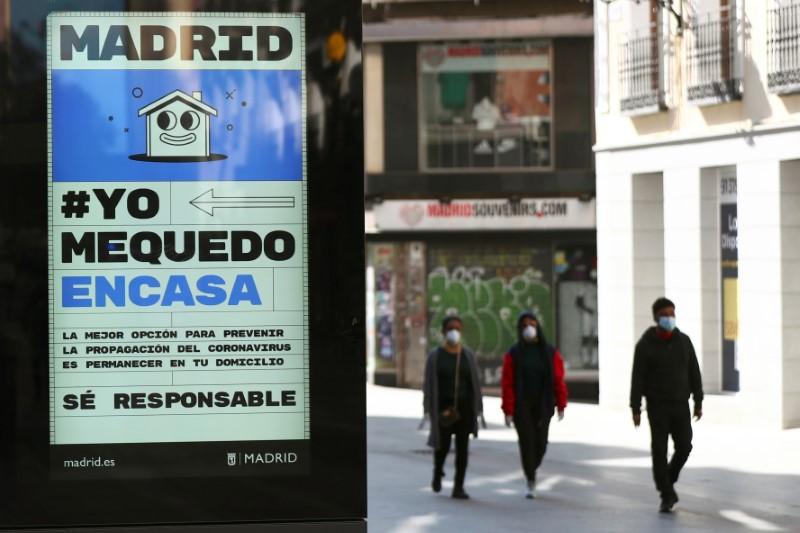 In Residencia Nunez De Balboa, residents are now confined to their rooms, cut off from their relatives and stalked by an invisible killer. Those who fall prey to sickness face dying alone.

On March 19, Father’s Day in Spain, staff gathered in the parking lot and sang to residents who listened at open windows. The song, “I Will Resist” – a Spanish pop song from the 1980s – has become an anthem against the virus.

“We’re giving them a lot of love,” said Megia. “We have to take care of them because they only have us.”