Embattled prime minister and his allies are ahead of rivals in Israel’s third election in less than a year. 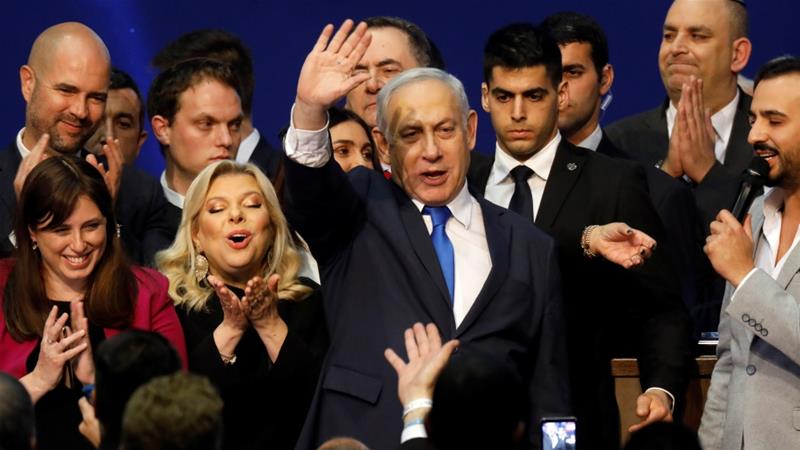 With 90 percent of votes counted, the Joint List has so far won a record 15 Knesset seats in Israel’s election, a historic success for the Palestinian-majority electoral alliance.

But their strongest ever showing may be eclipsed by Israeli Prime Minister Benjamin Netanyahu, who appears likely to secure a record fifth term after his Likud party won at least 36 seats in Monday’s vote, the third in less than a year.

The Blue and White alliance of his main rival, former chief of the armed forces Benny Gantz, holds 32 seats and 56 in his bloc.

As the tally has been delayed, the final result is expected by late Tuesday.

Israeli public opinion expert and political analyst Dahlia Scheindlin told Al Jazeera that Netanyahu’s most likely option to break the deadlock is to try to convince Knesset members who are part of a faction within centrist parties to break away in order to secure a parliamentary majority.

Netanyahu, who faces trial on corruption charges later this month, said during the election campaign that victory would allow him to start the formal annexation of parts of the occupied West Bank, as well as expand other illegal Jewish settlements.

While the Likud leader said he would begin by annexing the Jordan Valley, Scheindlin said Netanyahu will attempt formal annexation in phases, one settlement at a time.

“Up until now he hasn’t formally annexed [it], rather he has preferred de facto undeclared annexation on the ground through various forms of physical expansion and legal harmonisation,” said Scheindlin.

Netanyahu was formally indicted in court on corruption charges in late January. His criminal trial starts on March 17 and could last several years.

But Scheindlin said the 42-45 percent of people who support Netanyahu as prime minister has not changed despite the charges, which the prime minister denies.

“There are people [who view the charges] as exaggerated, as persecution of Netanyahu for the kind of thing that all politicians do, and they believe that … the legal system is out to get Netanyahu because they can’t accept the will of the voters.

“There will be legal challenges to his ability to form the next government, but I think that puts the Supreme Court in a difficult position and I don’t expect them to rule against him,” Scheindlin said.

The Joint List, meanwhile, remains the third-largest party in the Knesset.

Its leader, Ayman Odeh, congratulated supporters early on Tuesday for what he called “the biggest parliamentary achievement since the first Knesset in 1949”, adding the List is the only opposition party to increase in numbers since the previous election in September, when it won 13 seats. 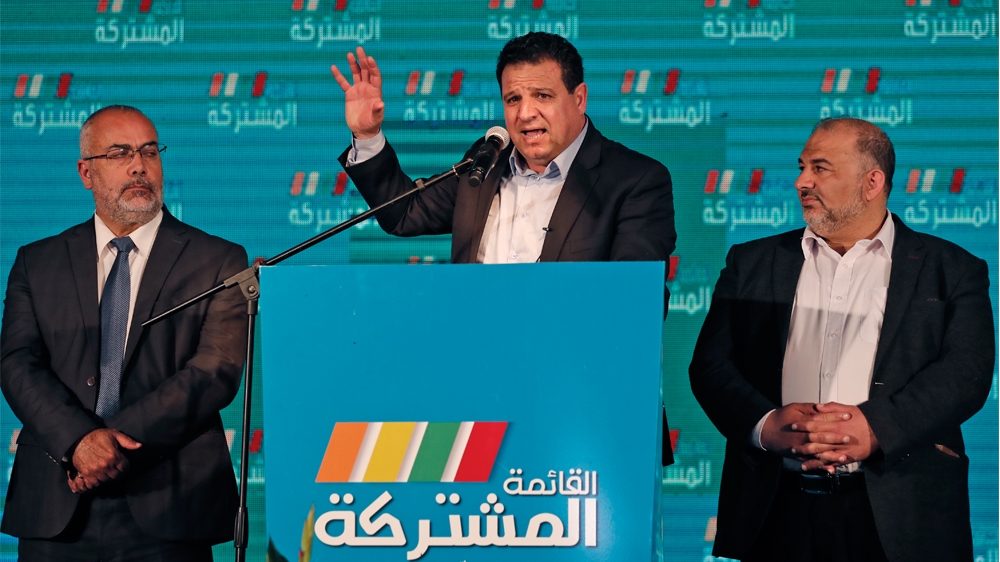 Despite talk of “voter fatigue” among citizens, voter turnout was 71 percent, the highest since 2015.

Many Palestinian citizens of Israel told Al Jazeera they planned to vote for the Joint List in response to US President Donald Trump’s announcement of his plan for the Middle East, which envisioned large chunks of the occupied West Bank annexed.

Results showed a poor showing for Labor-Gesher-Meretz, winning only seven seats, compared to 1992 when Labor and Meretz won 56 seats combined.

“If you’re an Israeli who is opposed to annexation and settlements, you were no longer finding an address with the Meretz party.”

As in previous cases, Netanyahu’s anti-Palestinian message was central in his campaign.

The Likud party put up billboards showing Gantz and Ahmad Tibi, a Joint List lawmaker, sitting together with the caption reading: “‘Without Tibi, Gantz has no government”, in an attempt to thwart the right-wing electorate from voting for Gantz.

“The central part of his campaign was, ‘you either vote for me, or you’re going to get Arabs in the government’,” Buttu said.

She added the Joint List stands out as it has shown it is the only party opposing Zionist Israeli policies.

“It’s not just a question of putting anybody but Netanyahu but to actually take a principled position and push for policies that are against the occupation and for equality. And that’s something that we haven’t seen before.”

However, Nimer Sultany, a reader in public law at London’s School of Oriental and African Studies, said the Joint List’s achievement will not change the fact there is a “Zionist consensus that would preclude Arab representatives from effective participation in decision-making”.

“In a ‘Jewish state’, Arab participation in government and crucial votes is seen as illegitimate. The List will not be able to influence the parliamentary vote in issues that are at the heart of the Zionist consensus, such as the Jewishness of the state,” Sultany told Al Jazeera.

“Moreover, the Joint List’s ceiling has been lowered into what is effectively a ‘lobbying group’ that is focused on civic demands, and the substantive agreement amongst the different composites of the List is thin and weak.” 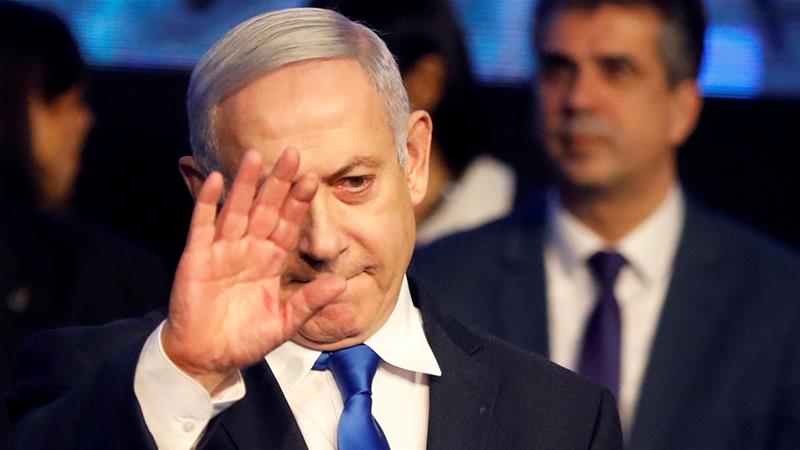 Hating on Arabs in Israel