Government had already banned flights from 11 coronavirus-hit countries including Iran, China and Italy. 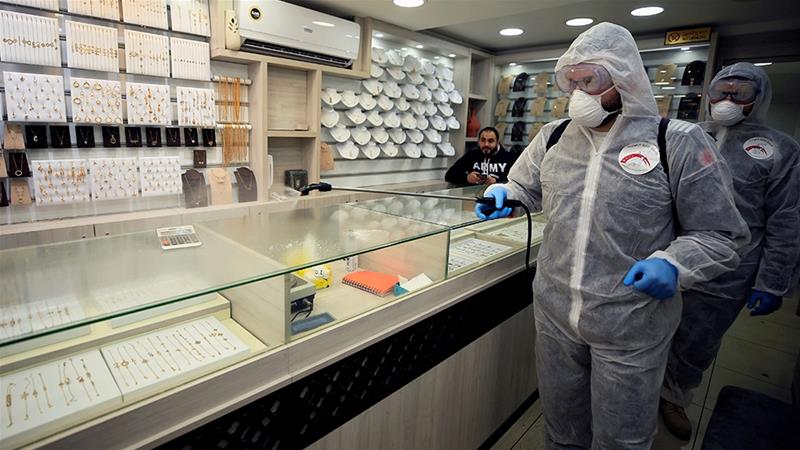 Beirut, Lebanon – Lebanon has told residents it is their “duty” to remain home unless they have urgent reasons not to as part of a “state of medical emergency” aimed at containing the country’s coronavirus outbreak.

Rafic Hariri International Airport in the capital, Beirut, as well as the country’s land borders with Syria and its seaports, will be closed to all travellers as of Wednesday, Minister of Information Manal Abdel-Samad said on Sunday after an hours-long emergency cabinet session.

Exceptions will be made for diplomats, members of NGOs and United Nations peacekeepers in the country, Abdel-Samad said. All measures will last until March 29.

During that period, all non-essential public and private institutions will be asked to close, with the exception of those needed to maintain basic necessities – such as bakeries and supermarkets – and contribute to the coronavirus response effort including in hospitals and pharmacies.

Private banks would also be required to maintain basic functions, Abdel-Samad said. However, a statement from the Association of Banks in Lebanon said they would close on Monday, until their operations could be coordinated with public institutions for the period between March 16 and March 29.

An earlier statement, apparently leaked, had said they would close until March 29.

Banks have been at the centre of an economic and financial meltdown in Lebanon, closing down for two weeks in October amid a dollar shortage that has led the local currency to depreciate in value by more than 40 percent against the US dollar.

When they reopened in November, banks had introduced strict capital controls, meaning anyone with an account at a Lebanese bank could not withdraw more than a few hundred dollars per month in a country where the greenback was formerly used interchangeably with the Lebanese pound.

The dollar shortage has hit imports of medical supplies, leading to a shortage during the fight against the virus outbreak.

Abdel-Samad said Lebanon’s foreign minister had been tasked with seeking aid in the form of medical supplies from international organisations and other nations.

Activists and members of the country’s five-month-old anti-establishment protest movement have called on politicians and ministers to donate their salaries to the effort to tackle the coronavirus. A number of them said they would do so.

Prime Minister Hassan Diab said the outbreak has piled onto the myriad challenges faced by Lebanon.

“The procedures we are putting in place will have an impact on our economy, without a doubt, as the economies of other states have been impacted. But the safety of people and their lives is more important,” Diab said following the cabinet session.

Lebanon had already closed all schools, restaurants, bars, nightclubs, markets and parks in an effort to prevent big gatherings.

Diab said the measures had led traffic on the streets and at Beirut’s airport to drop by 80 percent, allowing the country to “contain the first wave of the virus”, but he said everyone must be ready to participate in the effort to entirely contain it.

Faced with few places to go as the country shut down, many Lebanon residents had taken to walking on Beirut’s corniche. The seaside pass was crowded on Sunday morning before security forces arrived and made efforts to clear the area by the afternoon.

“All citizens must vacate the corniche immediately,” a message played over a police loudspeaker said.

Ahead of the cabinet’s announcement, supermarkets in Beirut were filled with customers buying large amounts of goods for the period ahead after reports emerged on Saturday that a state of emergency would be declared.

A supermarket teller in Beirut’s Hamra area said people were stocking up on non-perishable goods – canned tuna and chickpeas, traditional Lebanese preserves and pickles, as well as flour, rice, sugar and oil.

“Business has been really good over the past few days,” he told Al Jazeera, in contrast to the weeks before the outbreak of the virus.

While some looked to secure basic goods, others opted for more voluptuous purchases. A young man at a large Beirut supermarket chose to simply buy a large case of red wine and a half-dozen packets of smoked salmon.

“Just the essentials,” he said, with a wry smile.