ROME (Reuters) – Italian regions struggling to contain a coronavirus crisis imposed further restrictions on Friday, with one banning walks in parks and another prohibiting jogging and bike rides as the national death toll surpassed that of China.

“We already have many hundreds of dead. What more is needed before people understand the tragedy we are facing,” said Sergio Venturi, head of the coronavirus response team in Emilia-Romagna.

Lombardy, at the epicenter of the epidemic, said about 100 soldiers would soon be deployed to help local police enforce the lockdown, and called on the government to impose new measures to keep Italians at home.

“Unfortunately we are not seeing a change of trend in the numbers, which are rising,” Lombardy Governor Attilio Fontana told a news conference.

The northern region of Veneto shut parks and said residents could no longer go for walks, while adjacent Emilia-Romagna banned jogging and bicycle rides, saying people had to stay indoors to prevent infections.

Italy’s death toll from the coronavirus rose by 427 on Thursday, taking its total to 3,405, more than the 3,248 recorded in China, where the outbreak began last year.

“Maybe the peak won’t come next week, but the week after,” Angelo Borrelli, the head of Italy’s Civil Protection Agency, told Rai radio.

The total number of infections rose to 41,035 from 35,713, with authorities especially worried by a jump in cases in the financial capital Milan.

“The frontline is now in Milan,” Massimo Galli, head of the infectious diseases unit at the city’s Sacco hospital, told la Repubblica newspaper. “I am extremely worried by what is happening … there are still too many people out and about.”

The government last week ordered restaurants, bars and most shops to shut down nationwide until March 25. In addition, it shut schools and universities and told everyone to stay at home unless absolutely essential until April 3.

Prime Minister Giuseppe Conte said on Thursday the measures would have to be extended, but gave no further details. 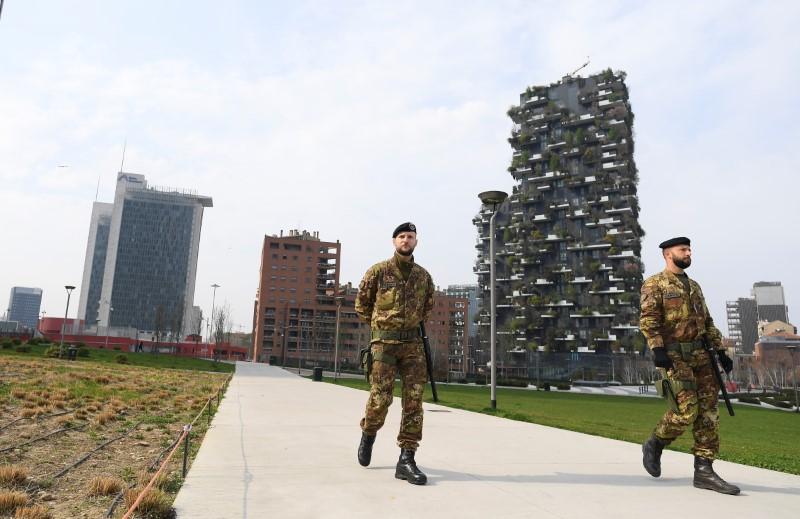 However, the national mood has grown gloomier this week as the death toll has risen inexorably.

“It feels like we are in another world. I don’t know, it is a really bad feeling. I hope it will finish soon because really, this it is not good,” said Rome resident Anna Marcotullio, 53.