JERUSALEM (Reuters) – Jerusalem’s Al-Aqsa Mosque and Dome of the Rock will shut their doors until further notice, religious authorities said on Sunday, in a move to protect worshippers at Islam’s third holiest site. 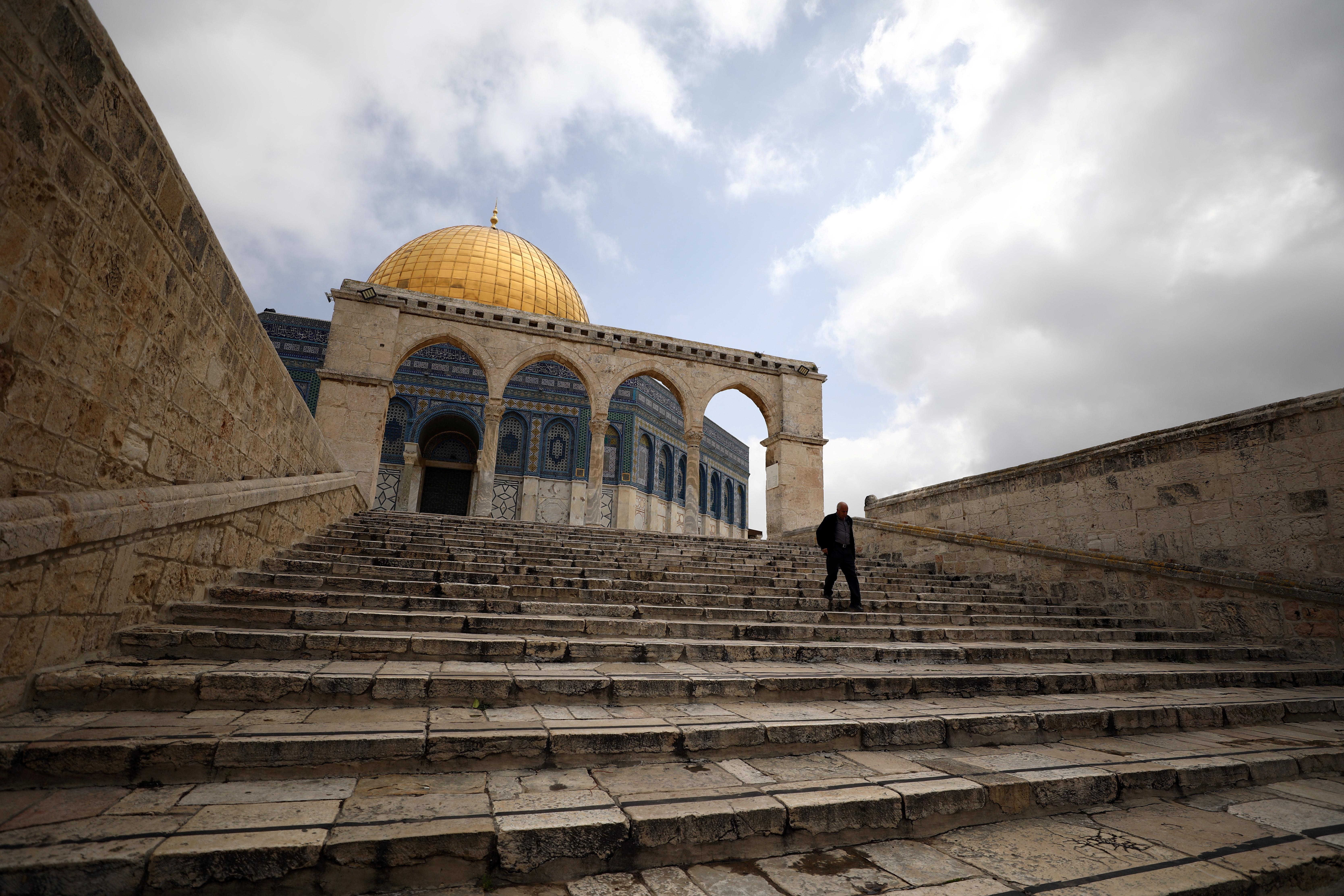 Prayers will still be held on the huge open area around the two shrines and other Muslim prayer sites on the sacred compound known to Muslims worldwide as al-Haram al-Sharif, or The Noble Sanctuary, and to Jews as Har ha-Bayit, or Temple Mount.

“The Islamic Waqf department decided to shut down the enclosed prayer places inside the blessed Aqsa Mosque, and until further notice, as a protective measure to prevent the spread of coronavirus,” Sheikh Omar Al-Kiswani, the Director of Al-Aqsa Mosque, told Reuters.

“All prayers will be held in the courtyards of Al-Aqsa mosque and doors will remain open to all worshippers,” he added.

Al-Aqsa Mosque was built in the 8th century and Muslims regard it as next only to Mecca and Medina in importance.

The latest measure follows a series of ever-stricter restrictions imposed by political and religious authorities in the Holy Land to contain the spread of coronavirus.

Israel’s Chief Rabbinate said last week that Jewish worshippers should not come to the Western Wall or pray en masse there. The wall was built by Herod the Great as a restraining wall for the compound housing the Jewish temples of antiquity and is a sacred place of prayer for Jews.

Jerusalem’s Old City is sacred to Judaism, Christianity and Islam, the three great monotheistic faiths. Christians revere it as the place where they believe that Jesus Christ preached, died and was resurrected, and the Holy Land church authorities have changed some worship practices to protect mass celebrants.

The numbers of those praying at Al-Aqsa during Friday prayers have fallen in recent weeks, amid fears over coronavirus, and officials stood by with bottle of hand-wash for those arriving and leaving.

The site’s religious importance makes it an especially sensitive area.