TOKYO (Reuters) – Exotic dancer Aya Yumiko has been living off her savings since March waiting for the bars and clubs in Tokyo where she performs in burlesque shows to reopen. 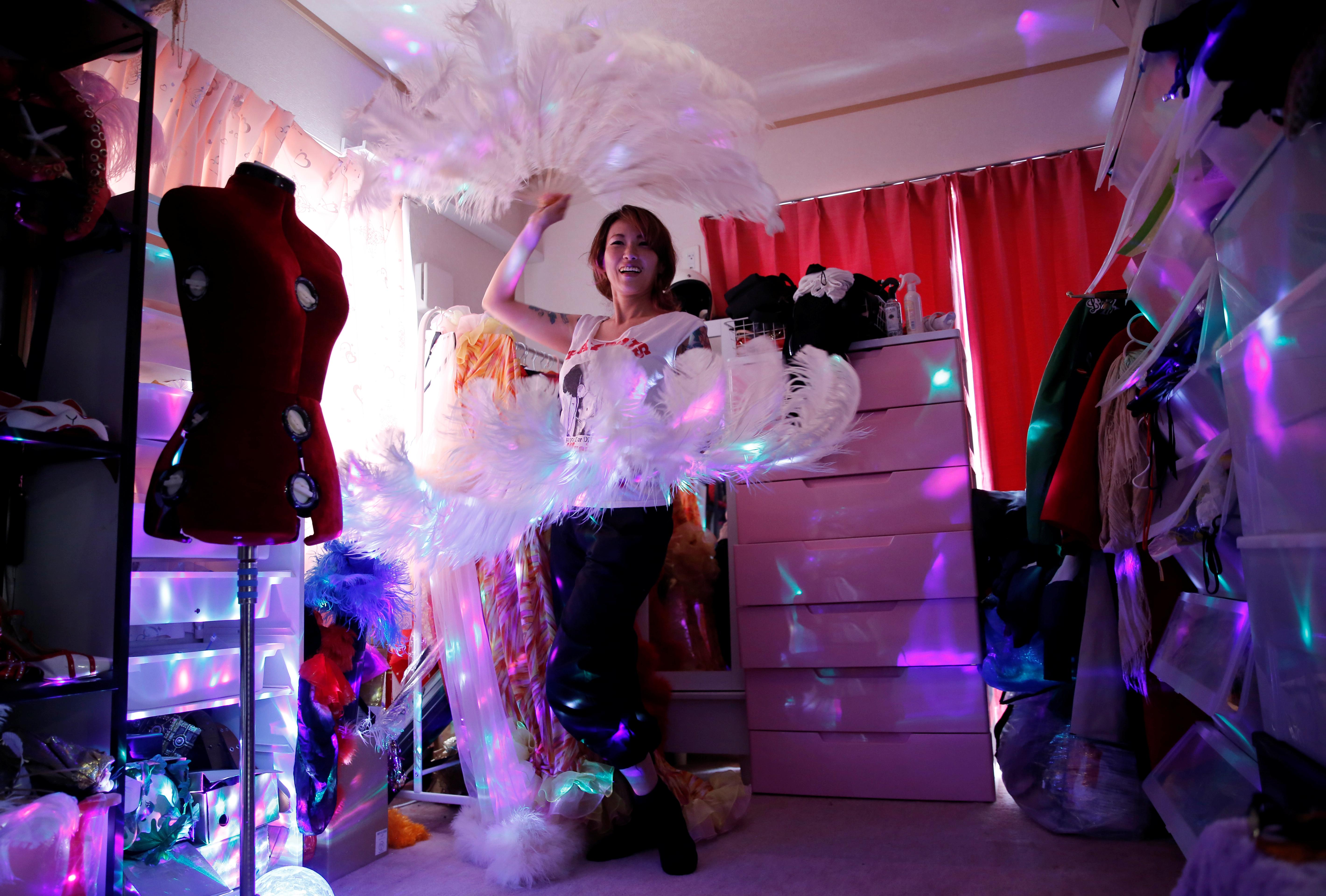 But a decision by Prime Minister Shinzo Abe this week to extend a state of emergency to tackle the coronavirus pandemic until the end of May means Yumiko could use up her last reserves of cash before she can get back to work.

“I had enough saved up to last me for two or three months,” the 40-year-old dancer who performs under the name Aya Mermaid told Reuters before Abe’s decision.

During her unexpected break she uses a sewing machine at home to fashion new costumes from feathers, faux fur and other materials, and tries to keep fit with springtime runs through a nearby park.

Japan’s lockdown has been less severe than many other countries, with bars, restaurants and other entertainment venues asked to stay closed rather than ordered to do so.

Despite a $1.1 trillion stimulus package, the Japanese economy is slowing, with factory output down and consumer prices in Tokyo falling for the first time in three years.

Self-employed gig workers like Yumiko, who have less access government financial help and have already seen their income evaporate and savings dwindle, will be among the most vulnerable.

Yumiko says she makes as much as $3,000 a month from two performances a week. Most of that, however, is from tips, which means she has no way of showing how much she usually earns should she apply for government relief.

“People like me can’t rely on those guarantees,” she said.

Under Abe’s stimulus package self-employed workers can claim as much as 1 million yen ($9,355) if they can show their income has more than halved.

Raised in Ishikawa prefecture on the Sea of Japan coast, Yumiko dropped out of high school and moved to Tokyo when she was 16 with less than $20 to her name.

She worked various jobs and traveled overseas before becoming an exotic dancer five years ago after seeing a burlesque show, and yearns to get back on the stage.

“I wonder if I will get to wear this,” she said as she sat in her apartment holding one of her new costumes.