TOKYO (Reuters) – An expert panel guiding Japan’s coronavirus response may advise a relaxation of controls in regions that have not seen outbreaks, broadcaster NHK reported on Thursday, as the hard hit northern island of Hokkaido prepared to end its state of emergency. 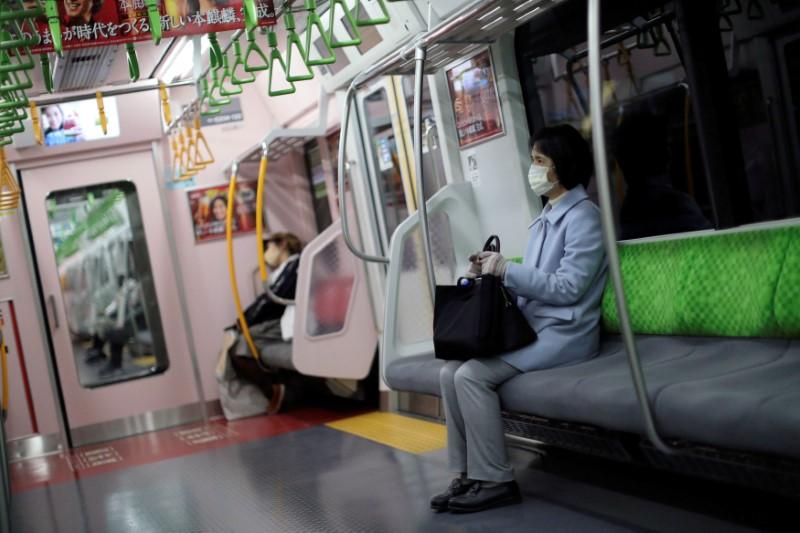 The infectious disease experts, due to meet Thursday evening, were expected to recommend controls stay in place in worst-affected regions, while elsewhere schools could be re-opened and there could be a resumption of sporting events, the report said.

The eyes of the world are on Japan to see if the government will step back from its determination to press ahead with the Olympics. Organizers have repeatedly said the July 24 to Aug. 9 Games will go on as scheduled but with the rapid spread of the coronavirus bringing the sports world to a virtual standstill fears are growing the Olympics may be canceled or postponed.

The governor of Hokkaido, the prefecture with the highest number of infections, said his administration was scaling back its response to the outbreak, ending the emergency on Thursday to move to a new phase.

“We will end the emergency declaration as scheduled on March 19 and from the 20th move to a new stage to overcome the crisis of coronavirus infections,” Hokkaido governor Naomichi Suzuki told reporters on Wednesday.

Hokkaido had seen 154 infections as of Wednesday. Japan overall has had 923 cases and 32 deaths, according to the latest NHK tally. Among Japan’s 47 prefectures, 22 have had fewer than 5 coronavirus cases, according to health ministry data.

The virus has infected more than 200,000 people and killed 8,000 globally with the most serious spread now taking place in Europe as China, where the virus originated late last year, was succeeding in bringing its epidemic under control.

The United States and most of Europe have enacted travel bans and put major cities on lockdown to slow the spread of coronavirus.

Japan has closed schools and canceled many sporting events, but has thus far refrained from putting firm restrictions on travel, businesses and restaurants.

Chief Cabinet Secretary Yoshihide Suga said the government will listen to what the experts panel says before deciding what to do about school closures and public events.