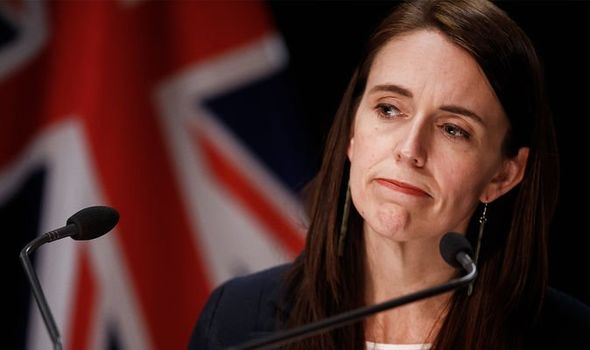 The attacker, shot dead by police on Friday, was named as Sri Lankan refugee Ahamed Aathill Mohamed Samsudeen, 32, who arrived in New Zealand on a student visa in 2011 before claiming asylum.

On Saturday, his family released a lengthy statement saying he had suffered mental health problems for a decade, while sending “love and support” to New Zealand.

It said: “We hope to find out with you all, what happened in Aathil’s case and what we all could have done to prevent this. We are heartbroken by this terrible event.”

Refugee status was granted due to fear of harm for his political beliefs if he returned to Sri Lanka in December 2013, after he appealed a refusal.

Police became concerned about his views and activities in 2016 and by May 2018, the Refugee Status Branch served Samsudeen notice of an intention to cancel this status, allowing his deportation, after he posted extreme videos and pictures online.

He appealed, preventing immediate deportation, but remained under surveillance while a number of terror-related prosecutions against him took place.

Despite concerns, he was bailed and under 24-hour monitoring when the attack in a Countdown supermarket in LynnMall took place.

Prime Minister Jacinda Ardern said she met with immigration officials just two months ago to express her concern that he was still in New Zealand.