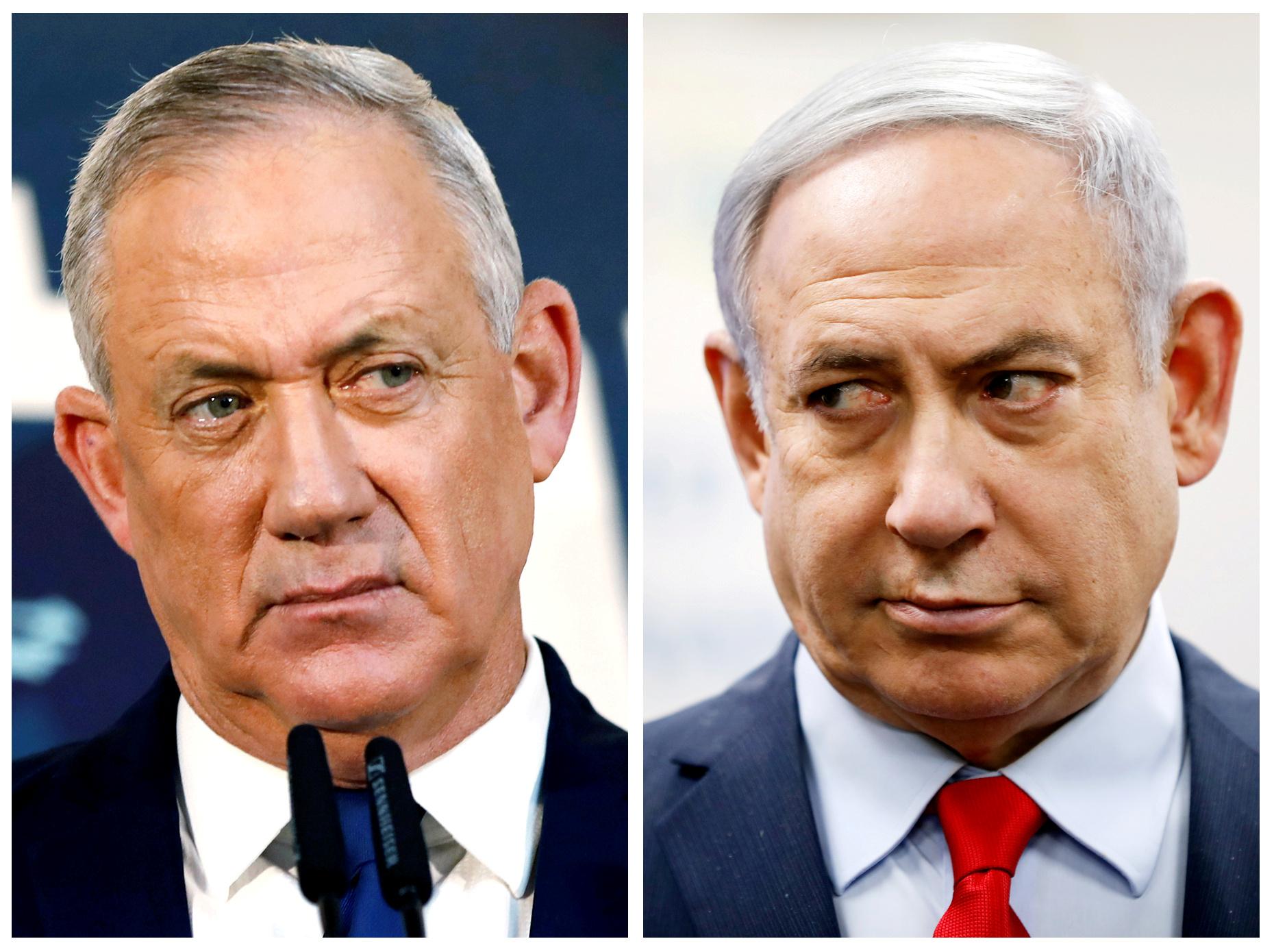 It was a blow to Netanyahu, who is fighting for his political life amid unprecedented political deadlock and a criminal indictment for corruption, which he denies.

But it remains unclear whether Gantz’s centrist Blue and White Party can break a stalemate that has been marked by three inconclusive elections in less than a year.

Netanyahu, 70, is Israel’s longest-serving leader and has been heading the country’s efforts to combat the coronavirus.

But last year he twice tried unsuccessfully to put together a ruling coalition.

And on Sunday Gantz won support from two key parties, leading President Reuven Rivlin to say that he would get the first chance at forming a government after the latest election on March 2.

“Tomorrow, around midday, the president will assign the task of forming the government to head of (Blue and White party) Benny Gantz,” Rivlin’s office said in a statement.

The announcement came at the end of a day in which Rivlin held consultations with all parties in the 120-seat Israeli parliament, the Knesset.

As things stand, a Gantz coalition would likely have to be underpinned by two bitter enemies, who have both endorsed him.

One is the Joint List, a coalition of lawmakers from Israel’s 21% Arab minority, and the other is hawkish former defense minister Avigdor Lieberman’s far-right Yisrael Beiteinu.

Netanyahu, 70, was due to go on trial this Tuesday, but the coronavirus emergency has promoted restrictions of gatherings that delayed the start of proceedings for alleged bribery, fraud and breach of trust charges. He has denied any wrongdoing, accusing his enemies of a witch-hunt.

Netanyahu proposed a six-month “national emergency” government, led by him, to confront the coronavirus crisis.

Rivlin has voiced support for a unity government to break the deadlock. But Gantz, who made an issue of Netanyahu’s character during the election campaigns, has been cool on teaming up with his rival.

Lieberman said on Sunday: “We recommend Benny Gantz for a very, very simple reason. In the previous election, we said the most important thing was to prevent a fourth election.”

And Joint List head Ayman Odeh said his Arab coalition’s voters had said “an emphatic ‘no’ to a right-wing government and Benjamin Netanyahu”. Odeh said his bloc would not join a government led by Gantz, but could potentially provide it enough votes to govern.

About a fifth of Israeli citizens are Arabs, Palestinian by heritage but Israeli by citizenship. No Israeli government has ever included an Arab political party.

Netanyahu’s office announced on Sunday that he had tested negative for coronavirus.