Iran: Largest picture of Ali Khamenei burned down in protest

Video footage from Tehran captured the moment protesters rejoiced as the giant image of Iran’s Supreme Leader tore into flames. A clip from the scene of the protest shows masked activists cheering as the huge screen in the capital is engulfed in a mask of flames. The streets of the city are shown flooded with a crowd of protesters as the nation continues to battle unrest following the death of a 22 year old woman in police custody.

Following the 1979 Islamic Revolution, authorities imposed a mandatory dress code on Iran’s female population, requiring all women to wear a headscarf and loose-fitting clothing that covered their figures in public.

Iran’s morality police, who enforce the rule, have come under fresh scrutiny after Ms Amini was detained for allegedly appearing in public with some hair visible under her headscarf.

The young woman fell into a coma at a detention centre and died shortly afterwards, prompting allegations that the special police force beat her following her arrest.

The force has fiercely denied reports that Ms Amini was subjected to physical violence during her detention. 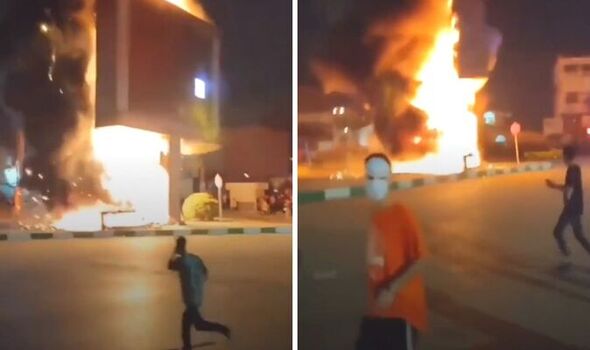 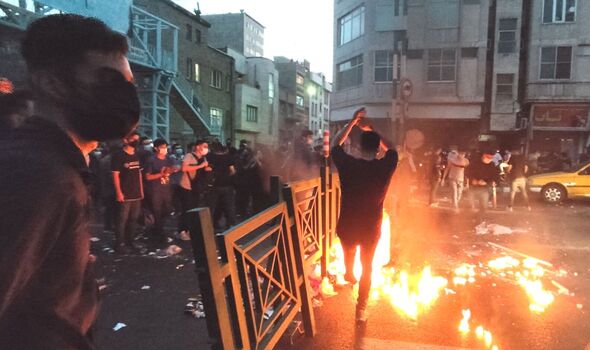 The death of Ms Amini has sparked unrest across the nation with a series of protests having broken out in at least 50 cities and towns throughout the country.

Hengaw, an independent human rights organisation, reported 15 people had been killed in the protest action which has seen violent clashes between activists and the Iranian police.

Within the unrest, women have been filmed burning their headscarves in an act of defiance against the strict laws on public modesty.

In the city of Kerman, crowds of infuriated protesters have been recorded shouting “death to the dictator” while one woman, sitting on top of a utility box above the crowd, cut her hair.

In an attempt to bring the protests under control, authorities have shut off access to the internet in parts of Tehran after videos of the unrest went viral. 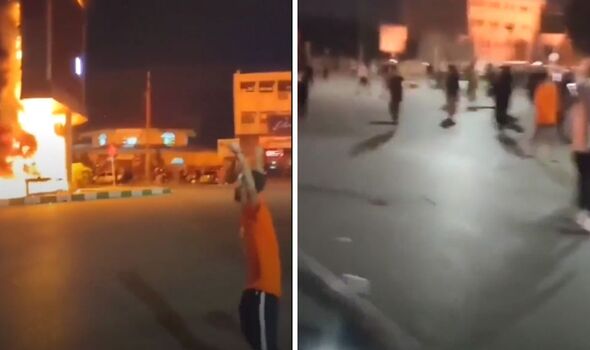 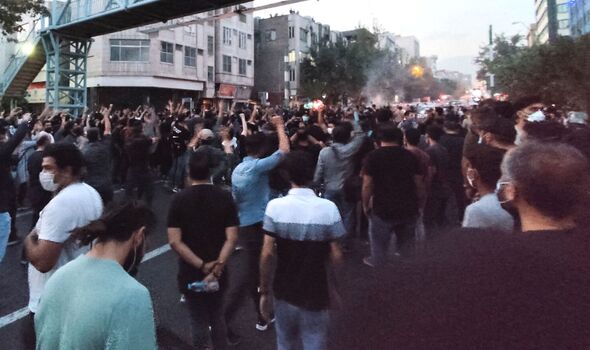 The report from authorities claims Ms Amini died of sudden heart failure and denies any evidence of her mistreatment.

The woman’s father, Amjad Amini, told BBC Persian that he had not been allowed to view his daughter’s body and had been refused access to the official autopsy report.

Mr Amini was only permitted to view the body after it had been wrapped for burial, leaving only the head and feet visible. Despite the covering, he reported there were visible bruises on his daughter’s feet.

Ebrahim Raisi, the President of Iran, told a news conference at the UN General Assembly that authorities had been in contact with Ms Amini’s family to assure her relatives that the circumstances surrounding her death would be investigated.

He said: “I contacted her family at the very first opportunity and I assured them we would continue steadfastly to investigate that incident.” 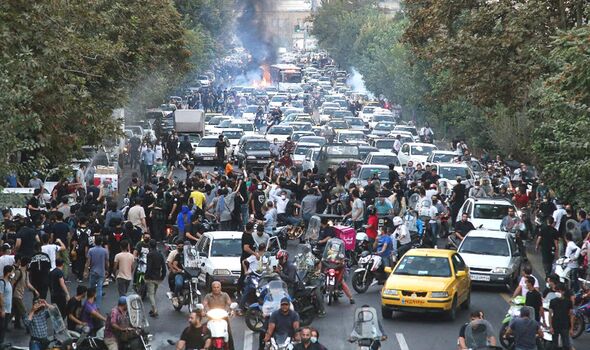 The acting UN High Commissioner for Human Rights has expressed “alarm” at the death of Ms Amini in custody.

Nada Al-Nashif said: “Mahsa Amini’s tragic death and allegations of torture and ill-treatment must be promptly, impartially and effectively investigated by an independent competent authority, that ensures, in particular, that her family has access to justice and truth.”

He added: “The authorities must stop targeting, harassing and detaining women who do not abide by the hijab rules.”