Three journalists from The Caravan magazine targeted while reporting on a story about communal violence that killed 53. 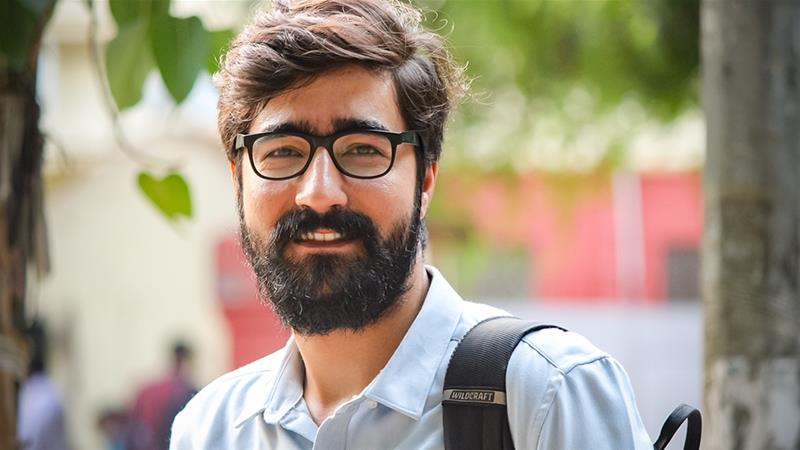 Three Indian journalists were attacked by a Hindu mob while reporting on a story in the capital, New Delhi, on Tuesday, the journalists have told Al Jazeera.

Journalist Shahid Tantray and two colleagues were filming for The Caravan magazine in northeast Delhi, which was hit by religious violence in February. At least 53 people were killed in that violence, most of them Muslims.

Tantray, who is from Indian-administered Kashmir, said they were shooting video when a small group of Hindus, including a man who identified himself as a member of the ruling Bharatiya Janata Party (BJP), asked him why he was taking visuals there.

“They grew suspicious after seeing my name on my press card,” Tantray, 28, told Al Jazeera.

“The BJP man shouted that he (Tantray) is a Muslim and started calling more people to the scene,” he said.

“The mob beat me, punched on my neck and back, and tried to strangle me with the camera strap. I have pain in my neck as well as lower back since then.”

‘Their enemy was Tantray – a Muslim’

He added that the mob kept them as “hostages” for nearly 90 minutes. His colleague, Prabhjit Singh, tried to shield him from the furious mob until two policemen stationed nearby arrived.

An additional team of police was called to save the journalists from the mob. They were later taken to the nearest police station.

Singh, a contributory writer at The Caravan, dubbed as India’s New Yorker, said Tantray and a female reporter were capturing a scene of a local street decked out with religious flags associated with Hindu far-right groups, when three to four men came out and started shouting at them for taking pictures. 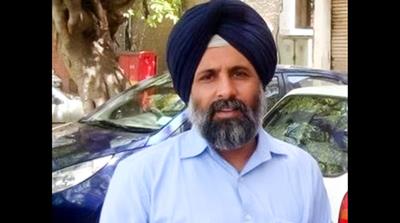 As a man kept asking for Tantray’s name, Singh began calling Tantray by a Hindu name, “Sagar”. “Chalo Sagar yahan se’ (Let’s go from here, Sagar),” Singh, who is a Sikh, told Tantray as he wanted to save him from the mob.

“I could clearly see the hatred in their eyes, the communally frenzied eyes. I wore a turban as a Sikh and they were conscious of my religious identity, too. But their enemy was Shahid (Tantray), a Muslim,” Singh told Al Jazeera.

“I stood like a wall between Shahid (Tantray) and the Hindu crowd. It was actually a do or die situation for me to save him.”

More people later gathered and the mob grew to about 100 people, he said.

“While the female colleague managed to get out of the street, the mob locked up the gate of the colony and confined Shahid (Tantray) and me there on the street,” Singh, 50, told Al Jazeera.

The New Delhi-based magazine also claimed that the female reporter was sexually harassed.

A police statement on Wednesday said the complaints were being investigated and appropriate legal action would be taken.

“Taking pictures without consent may provoke those present and create Law and Order problems including communal problems,” the statement said.

The videos that Tantray had captured were finally deleted in the presence of police, who have yet to lodge a FIR (First Information Report or formal police complaint) regarding the incident.

“If this is happening to a journalist, we can only imagine what would be happening to people without such avenues that are available to journalists,” Tantray told Al Jazeera.

“I am definitely scared, and I felt closely the dangers that are prevalent for Indian Muslims. But I will not halt my work. As a journalist I feel it is my responsibility to bring out the truth.”

The attack has been condemned by rights groups and journalists.

Vinod Jose, the executive editor of The Caravan, described it as “an attack on journalism and free and fair reporting”.

Hartosh Singh Bal, the magazine’s political editor, said the attack was “the culmination of basically increase in Islamophobia and distrust of the media”.

“There was Islamophobia involved in the attack. It was clear from language that was used, from what was done and how they reacted to the very presence of a Muslim as a reporter,” Bal told Al Jazeera.

In a statement on Wednesday, the Committee to Protect Journalists (CPJ) demanded a thorough police investigation into the attack.

Steven Butler, CPJ’s Asia Program coordinator, said attacks on journalists in India have become “all too common”. “But it’s truly outrageous that the police take such a relaxed attitude to this sort of incident,” he told Al Jazeera.

“Police should vigorously enforce the rights of journalists to work without harassment. Unless that happens, these sort of incidents could easily continue.”

“Yet another dangerous day for journalists in the country. Journalists from The Caravan magazine, India Today, The News Minute and Suvarna News were attacked yesterday in Delhi and Bengaluru,” Amnesty International India wrote on Twitter on Wednesday.

“Journalism is not a crime and the Delhi and Bengaluru police must show its commitment towards protecting journalists by filing an FIR and ensuring those responsible are held accountable,” the statement said.