MUMBAI (Reuters) – Health authorities set up coronavirus call centers in urban centers across India on Friday, scrambling to stop people flooding hospitals demanding immediate tests to see if they have come down with coronavirus. 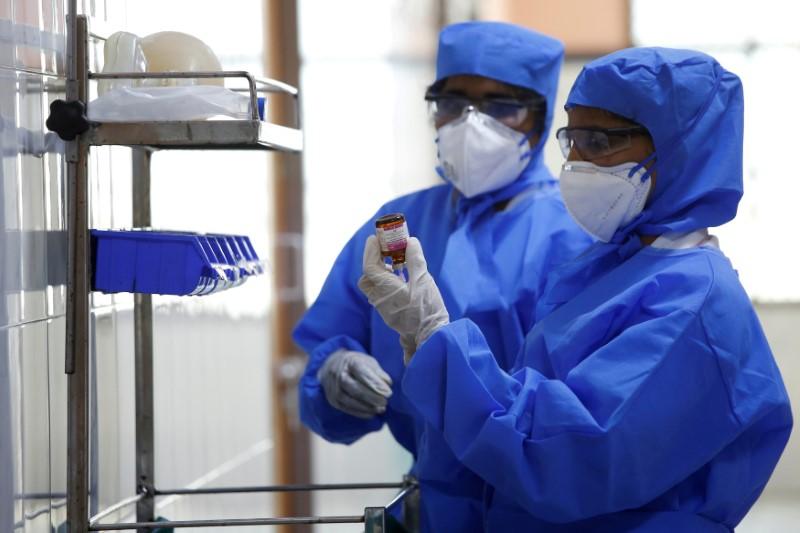 Doctors and medical students were recruited to run virtual diagnostic facilities and prescribe preventive care in over 30 languages to ensure hospitals are seeing just the most severe cases rather than everyone worrying about possible infection.

As of Friday, Indian authorities had confirmed 691 positive cases among 26,798 people tested, according to the Indian Council of Medical Research.

But testing rates in India, the world’s second most populous country with 1.3 billion people, have been abysmally low compared with Western nations, with experts fearing many thousands of coronavirus infections are lurking undetected.

This week Prime Minister Narendra Modi told all people to self-isolate indoors for three weeks in the most massive lockdown of public life anywhere in the world.

But frequent cases of public naming-and-shaming of people who have tested positive, or of those hiding recent travel to virus hotspots, have alarmed many Indians suffering from common colds or mild flu and prompted them to besiege a small number of hospitals designated to provide diagnoses for the virus.

“State-run hospitals are struggling to curb an influx of people seeking immediate diagnosis, and a majority of (these people) test negative,” said a senior federal health official in New Delhi.

He said the pressure on hospitals caused by public panic over coronavirus must be eased to help doctors overwhelmed with other medical emergencies.

Health authorities have registered 17 deaths from the highly infectious respiratory disease but there are fears that toll may be only the tip of the iceberg and could soon overtake other hard-hit nations like China, Italy, Spain and the United States.

India country has just one doctor for every 1,457 citizens, according to a 2019 parliamentary report.

The financial capital Mumbai was the first city to set up a coronavirus call center this week, allowing people go through a set of questions to determine how long they have experienced symptoms, their age and where they have traveled recently.

Those callers who remain fearful of infection can opt to speak to a doctor via video chat before heading to hospital emergency rooms treating the disease.

In the eastern city of Kolkata, the state-run Infectious Diseases Hospital was struggling with a growing volume of people seeking tests.

“There is tremendous pressure being put on people by neighbors forcing many of them to get a certificate proving they are not infected,” said Anima Halder, a doctor at the state-run hospital.

“People can contract infections if they come unnecessarily to a hospital and stand in a queue only to clear up the doubts of their neighbors,” she said.

These trucks will serve mainly industrial and special economic zones where thousands of seasonal, migrant laborers are expected to rejoin the workforce after the lockdown ends.

“We know that testing facilities will have to be spread across the country before people step out to work,” a senior health official said, requesting anonymity.