The head of Israel’s opposition Blue and White party chosen in move that could signal a deal with Benjamin Netanyahu. 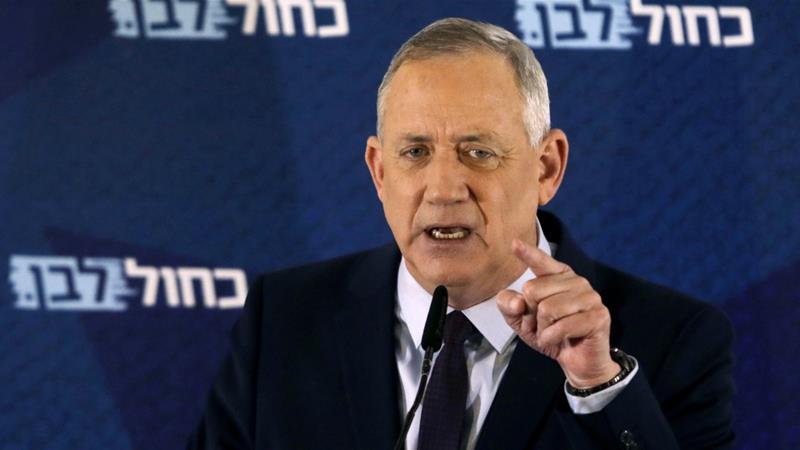 Opposition leader Benny Gantz has been elected as speaker of the Israeli parliament in a surprise move that suggested a political partnership that could keep Prime Minister Benjamin Netanyahu in power.

With the partial backing of Gantz’s centrist Blue and White party and the support of Netanyahu’s right-wing Likud party, Gantz was elected on Thursday with 74 votes in the 120-member Knesset, with 18 members voting against the nomination.

It could pave the way for a “rotation deal” in which Netanyahu and Gantz, a former military chief, would take turns as prime minister.

Talks to form a unity government were in progress between both parties after an inconclusive election on March 2, Israel’s third in less than a year, and in the wake of the coronavirus pandemic. Previous discussions between the two sides have broken down as both leaders insisted on serving as the prime minister first.

Netanyahu has proposed a “national emergency” government with Gantz to help tackle the coronavirus crisis.

Israel’s president had pressed them to join forces, with Israelis facing a possible national lockdown within days to try to lower infection rates.

“Israel is facing a growing number of [coronavirus] infections and the number of victims is rising daily,” Gantz told the Knesset on Thursday, accepting the speaker’s gavel.

Gantz said he intended to advance towards a unity government, and that he had opted to put himself up for the speaker’s office to promote a deal.

“These are unusual times and they call for unusual decisions,” Gantz said. “That is why I intend to explore the formation of an emergency unity government,” he added.

Gantz had previously ruled out serving with Netanyahu, citing the prime minister’s looming trial on charges of bribery, fraud and breach of trust. Netanyahu has denied any wrongdoing.