As the territory’s first female president takes oath on Wednesday for a second term in office, her approval ratings are at a record high and Taiwan’s international standing is growing over its successful handling of the coronavirus pandemic.

The self-ruled island of 23 million people has recorded just 440 cases and seven deaths despite its close proximity to China, the origin of the respiratory disease that has now killed more than 320,000 people globally.

But the next four years will prove to be challenging for Tsai, according to experts.

Cross-strait relations with China, which claims Taiwan as its own, are at an all-time low. Calls for a formal break with Beijing are likely to grow, while the island’s export-driven economy is expected to contract as much as 4 percent as the pandemic curbs demand in key markets.

“The challenges are immense,” said Natasha Kassam, a research fellow at the Lowy Institute in Australia. “As President Tsai looks forward to the next four years, she will need to demonstrate the same competency and preparedness that she has shown during the COVID-19 pandemic.”

With swift and decisive action, Tsai’s government managed to check the new virus’s spread early on. Taiwan was among the first to screen arrivals from China. It began doing so in early January, soon after reports emerged of a respiratory illness in the central Chinese city of Wuhan. An aggressive contact tracing and quarantine campaign followed, allowing the island to avoid the infection rates and stifling lockdowns seen elsewhere.

Taiwan’s successful response has won Tsai plaudits across the world, but the boost to its global status has only worsened relations with China.

“The COVID-19 pandemic has exacerbated tensions that already existed in the Taiwan Strait,” said J Michael Cole, a Taipei-based analyst at the Global Taiwan Institute.

“China’s cover-ups in the early stages of the epidemic in Wuhan, contrasted with Taiwan’s openness and rapid response to the virus, has been noticed globally, and the Chinese Communist Party resents that. Beijing is therefore expected to try to undermine the strategic gains that Taiwan has made since January by acting in an even more belligerent fashion.”

These frictions, according to observers, are rooted in the island’s ambiguous status.

Taiwan, as we know it today, is the result of the Chinese civil war, which Chinese nationalists lost to Mao Zedong’s Communists. Led by Chiang Kai-shek, the nationalists fled to Taiwan in 1949 and set up the Republic of China (Taiwan’s official name) on the island. The nationalists initially intended to retake the mainland, but ultimately abandoned their dream. They never declared independence, however.

With its own military and foreign ministry, Taiwan also has its own distinct identity, with two-thirds of the island’s population saying they do not identify as Chinese, according to a recent survey. Another poll from October last year showed nearly a third of the Taiwanese people favour independence, while some 25 percent said they favour maintaining the status quo.

For Chinese President Xi Jinping, however, reunification is an issue of legacy. Xi sees reclaiming Taiwan as a mission that would assure his place in history, alongside leaders such as Mao. In a 2019 speech, he outlined his grand vision of “One China” and warned Taiwan that any effort to assert full independence would be met by armed force.

Tsai responded by telling China to show Taiwan respect. The island was already an independent country called the Republic of China, Taiwan, the 64-year-old former lawyer said, while also offering to talk to China without pre-conditions.

But Beijing has refused. Since Tsai’s election in 2016, it has cut off official communication with her government and convinced at least seven countries to transfer diplomatic ties from Taipei to Beijing. It also sought to squeeze Taiwan’s economy by preventing individual Chinese tourists from visiting the island.

But ironically, observers say it was China’s actions that assured Tsai her landslide victory in the January election. She had been trailing in opinion polls early last year – amid wage stagnation and unpopular pension reforms – when protesters in Hong Kong took to the streets to denounce Beijing’s increased interference in the territory’s affairs.

Tsai was quick to offer her support to the Hong Kong protesters in a Twitter post saying: “We stand with all freedom loving people of Hong Kong”. In the same tweet, she said Taiwan’s “hard-earned democracy must be guarded” and went on to reject the “one country, two systems” model which ties Beijing and Hong Kong together.

“As long as I’m president, ‘one country, two systems’ will never be an option,” she wrote. When the Taiwanese headed to the polls this January, Tsai’s firm stance in the face of Xi’s warnings and the crackdown in Hong Kong helped her secure the highest number of votes ever in the territory’s history.

And so with Tsai’s re-election, Beijing has only intensified the military and diplomatic pressure on Taipei.

Chinese military aircraft have crossed the median line of the Taiwan Strait at least three times in recent months, while a Chinese aircraft carrier and five warships sailed close to Taiwan through the Miyako Strait in April. Beijing has also reportedly threatened to cut off all economic ties with the African kingdom of eSwatini, formerly known as Swaziland if it does not break off relations with Taipei.

Tsai “can expect Beijing to bring greater pressure to bear on Taiwan,” Cole said, adding that he expected the military and diplomatic action to be “accompanied by ramped up political warfare efforts to erode and weaken Taiwan’s democracy and ability to function as a coherent state”.

US steps up support

The pandemic, however, has created diplomatic openings that could help Taiwan deal with China, he says, namely closer relations with the United States.

Washington is Taiwan’s security guarantor and has seized on the opportunity to boost the island’s international status at a time when its own ties with China have deteriorated amid disputes over trade relations and the coronavirus pandemic.

In March, US President Donald Trump signed a law that requires his country to press for Taiwanese recognition in international forums – a move Chinese state media slammed as US support for Taiwanese separatism.

But Bonnie Glaser, director of the China Power Project at the Center for Strategic and International Studies, says “the tools the US has to help Taiwan are limited” mainly because of Taiwan’s isolation on the international stage. At present, only 14 nations recognise the territory.

Yet Tsai is still likely to “face pressure from some of the radical elements of her own party, who would like her to seize the opportunity to press more pro-independence measures,” Glaser added.

That is certain to strain cross-strait relations even further. But Glaser says conflict remains unlikely, with China seeming unwilling to risk a military confrontation with the US that risked plunging the region into chaos.

Despite the uncertainty, Glaser says she has faith in Tsai’s ability to lead Taiwan.

“She’s a very good listener. She’s very calm, very cool. And she has enormous skills as a negotiator,” the analyst said, noting Tsai’s lead role in negotiating Taiwan’s accession to the World Trade Organization in 2002.

At her inauguration on Wednesday, Tsai left the door open for talks with China, saying ties were at a turning point. But she again stressed Taiwan would never consider “one country, two systems”. 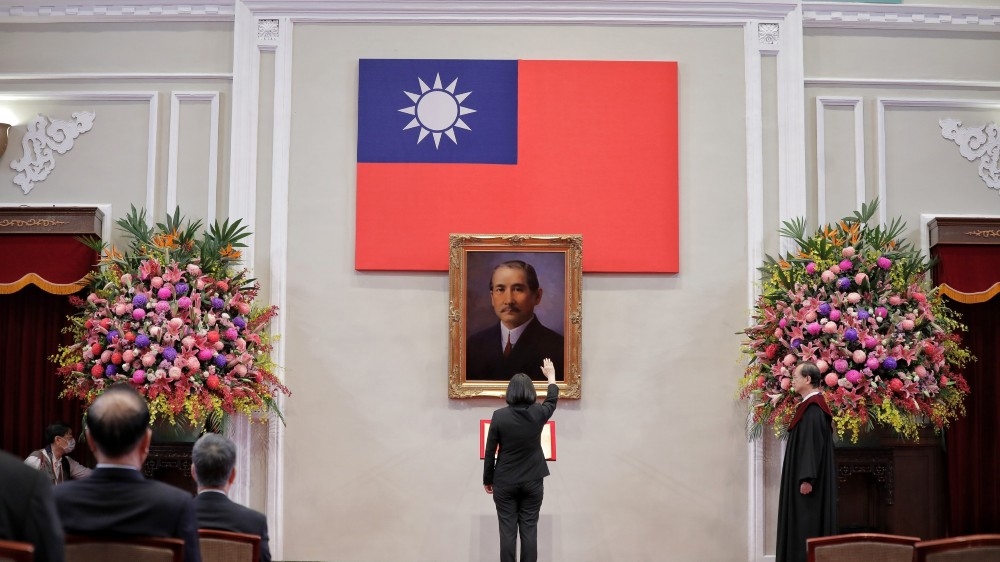 “She will stand her ground in preserving a position despite the fact she is widely criticised. And I respect that,” Glaser adds, referring to Tsai’s decision to push through much-needed pensions reforms despite widespread opposition. “And when she makes mistakes, she’s also able to recover from them. If you look back on her first term, there were points where she had very low support in public opinion. But she was able to come back.”

Still, Glaser cautions: “It will be difficult for any president to handle all of the challenges that Taiwan faces. The hurdles are enormous, regardless of how capable a president is.” 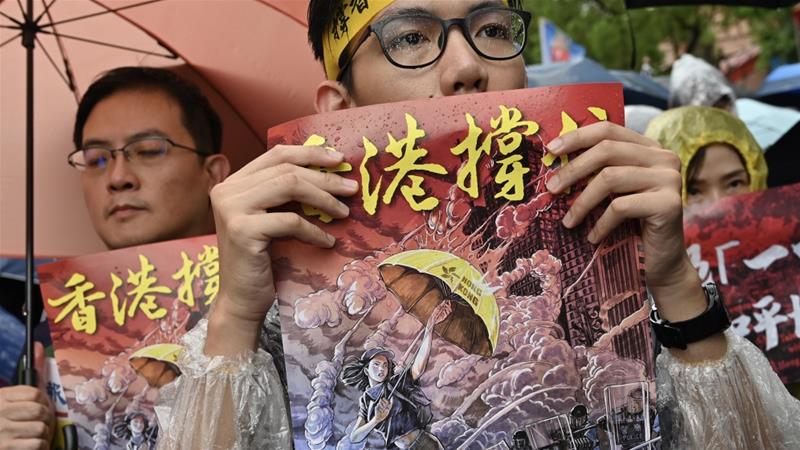