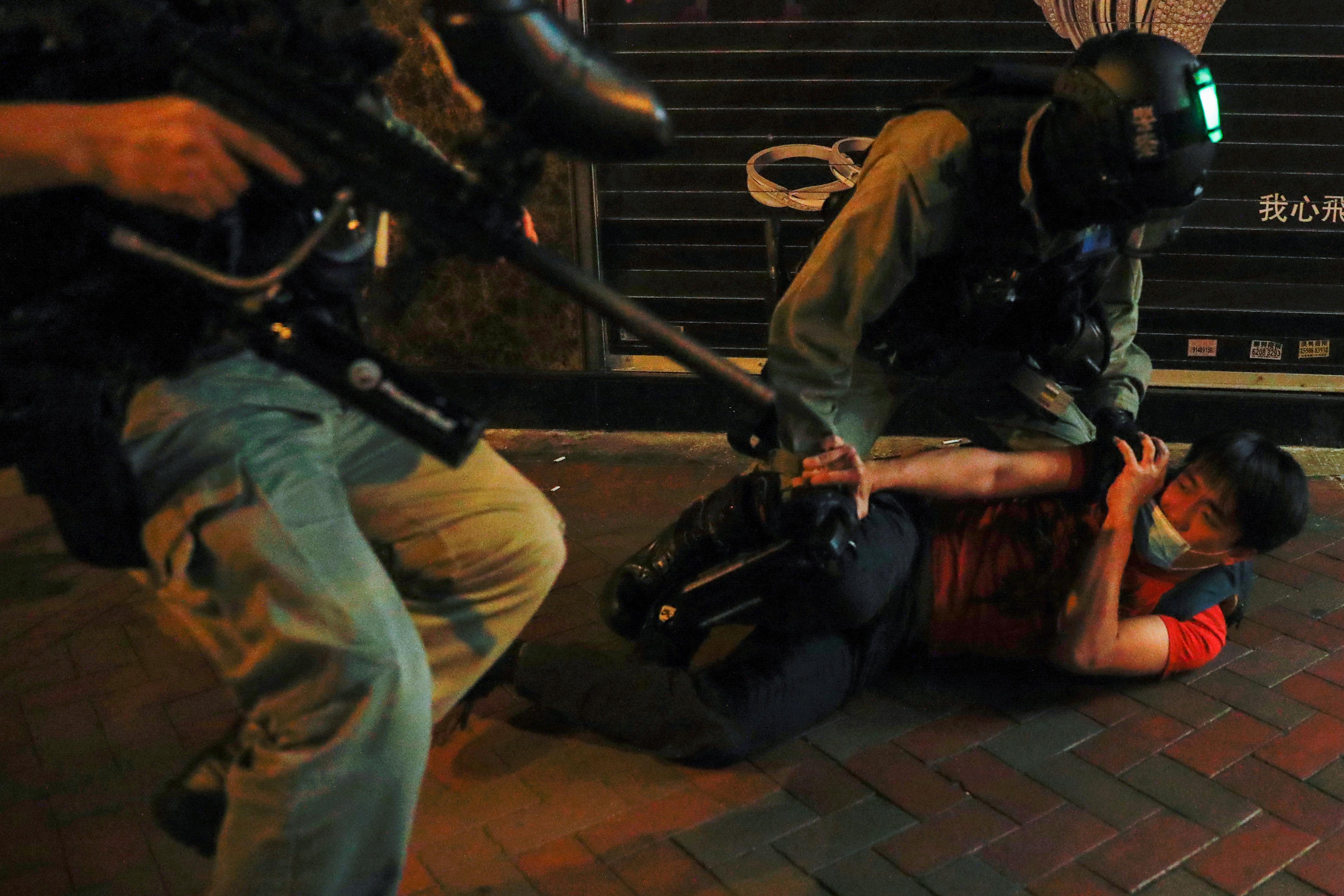 The former British colony was rocked by months of sometimes violent protests from last June, triggered by a now-suspended bill that would have allowed extraditions to mainland China.

The U.S. State Department said in a report on Wednesday that significant human rights issues in the Chinese-ruled city included police brutality against protesters, interference with the right of peaceful assembly and restrictions on political participation.

Hong Kong’s government said the police were duty bound to take appropriate action, including the use of necessary force, in the face of violence that endangered public order.

“The degree and extent of violence committed by radical protesters was unprecedented in Hong Kong, and it has seriously endangered people’s personal safety, public order and security,” the city’s government said in a statement.

Safeguarding human rights and freedoms was a constitutional duty, it added.

“The government attaches the utmost importance to and is firmly committed to upholding human rights and various freedoms in Hong Kong.”

The U.S. State Department, in its Country Reports on Human Rights Practises, noted examples of police brutality against protesters including on Aug. 31 when police “rushed onto a subway train and beat several individuals while making arrests”.

On press freedom, the State Department cited many journalists as saying they were harassed, detained or assaulted while covering the protests, while the house of democracy activist Jimmy Lai, who is also an outspoken critic of Beijing and owner of the Apple Daily newspaper, was attacked.

The State Department also referred to vandalism on the part of protesters, including damage to the office of China’s official news agency, Xinhua, in November.

The city government said freedom of speech and freedom of peaceful assembly were “not absolute”.

“The International Covenant on Civil and Political Rights provides that restrictions might be imposed by law if this is necessary to protect, amongst others, national security, public safety, public order or the rights and freedoms of others,” it said.

The unrest in Hong Kong developed into calls for greater democracy, fueled by worries about the erosion of rights guaranteed under a “one country, two systems” formula imposed when the city returned to Chinese rule in 1997.

The city government said universal suffrage was an ultimate aim but it needed dialogue in an atmosphere of peace and mutual trust leading to consensus.

“Any allegations of political censorship, restriction of the freedom of speech or deprivation of the right to stand for elections are totally unfounded,” it said.