A Halifax doughnut shop has auctioned a dozen doughnuts to mark Donald Trump losing the 2020 U.S. election, with all proceeds going to an immigration centre in Nova Scotia.

Vandal Doughnuts co-owner Ash Sabar told Global News that the doughnuts are a response to what’s going on in the community.

“While Trump isn’t in the community directly, I think a lot of his narratives and what he’s trying to push over the last couple of years has affected us as a whole,” Sabar says.

Once Joe Biden’s victory was projected on Saturday, Sabar says the Vandal Doughnuts team wanted to “celebrate that change is coming,” she says.

The shop, which is located on Gottingen Street in the north end of Halifax, has become popular for its doughnut art.

The Trump dozen contains several doughnuts with “Trump you’re fired” slogans, two with suitcases that say “don’t come to Canada,” among other things, and one with a caricature of Trump crying. 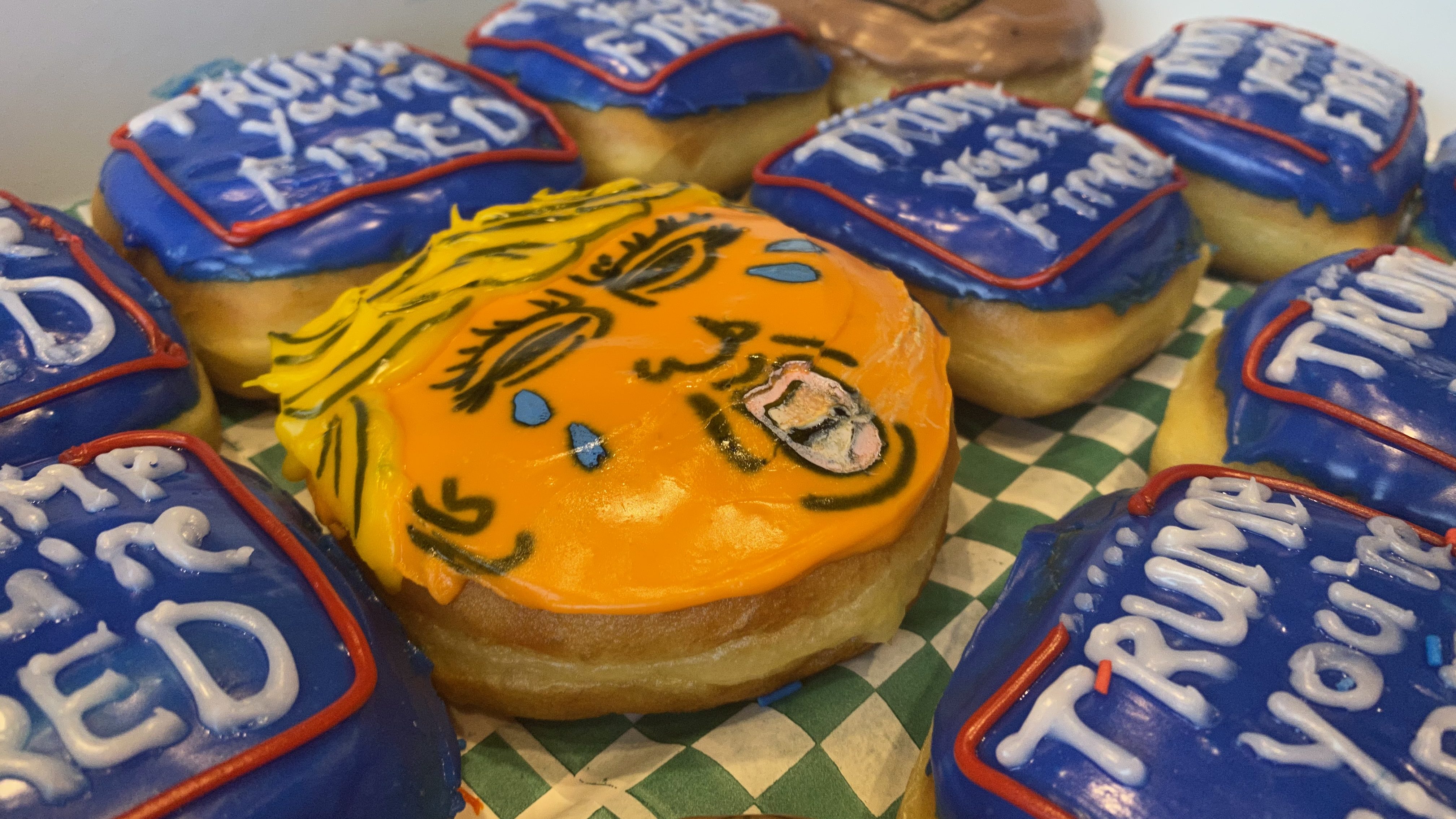 The doughnuts were lemon-flavoured, “because someone is a sore loser,” Sabar joked.

In an effort to push their stance forward, the team decided to auction out the dozen Trump doughnuts, match the proceeds and donate to Immigration Services Association Nova Scotia (ISANS).

“We really respect the work that ISANS do. Their message is, ‘We’re here to support immigrants who come to Nova Scotia,’” Sabar says. “As an immigrant, that really speaks to me. … This is the right thing to do.”

This isn’t the first time Trump has appeared on a Vandal doughnut. In 2018, the shop created a “kinky Trump” doughnut for Pride.

Sabar says Vandal Doughnuts isn’t trying to push a political agenda. “But as a team, we will call out what’s wrong is wrong and what’s right is right,” she says.

“This particular individual was constantly pushing this rhetoric, this narrative, of being misogynistic, being homophobic, being Islamophobic. These things aren’t OK.”

Sabar says it’s OK if some people don’t appreciate the stand her team is taking.

The auction ended at 2 p.m. on Sunday, with the highest bid being $150. Vandal Doughnuts is matching that amount for the donation, Sabar says.

She also says ISANS still doesn’t know that Vandal Doughnuts ran this auction, but will find out on Monday.

Global News will update this article with comments from ISANS.