TOKYO (Reuters) – The operator of a Japanese bulk carrier which ran aground off Mauritius in the Indian Ocean apologised on Sunday for a major oil spill which officials and environmentalists say is creating an ecological disaster. 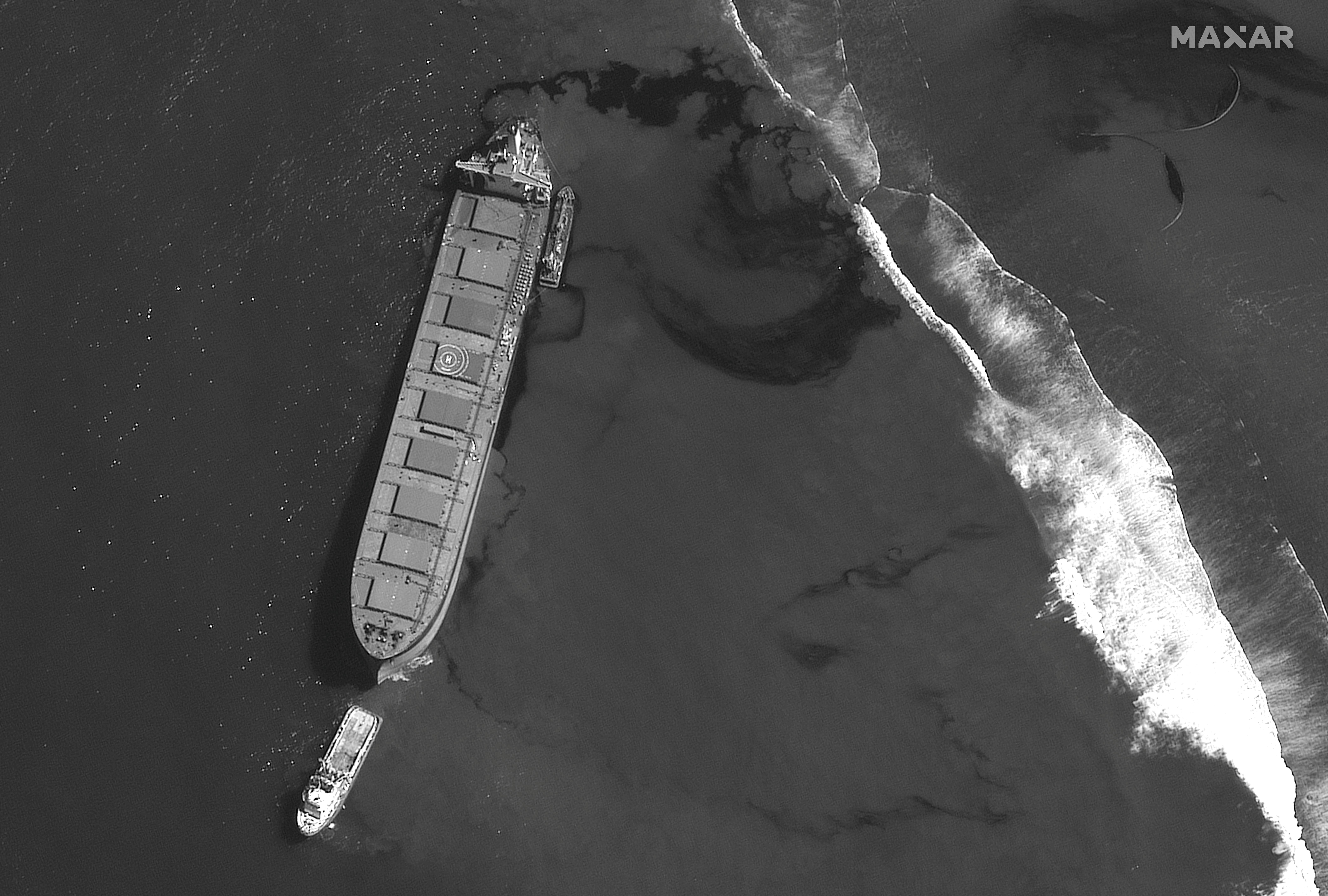 The MV Wakashio, operated by Mitsui OSK Lines, struck the reef on Mauritius’ southeast coast on July 25. Fuel started leaking from the cracked vessel on Thursday.

“We apologise profusely and deeply for the great trouble we have caused,” Akihiko Ono, executive vice president of Mitsui OSK Lines said at a new conference in Tokyo.

He added that the company would “do everything in their power to resolve the issue”.

Neither Mitsui OSK Lines nor Nagashiki Shipping, the ship’s owner, could confirm the cost of damages from the oil spill.

Japan will dispatch a six-person disaster relief team, on the request of the Mauritius government, to help with removing the spilt oil, according to a statement by the Japanese Foreign Ministry on Sunday.

“We hope that this assistance will contribute to recovery of the environment of Mauritius and prevention of marine pollution,” the statement said.

France was also sending specialist teams and equipment to Mauritius, once a French colony, to help deal with the spill.

Mauritius declared a state of “environmental emergency” on Friday following the accident.

Environmentalists fear the oil spill is the worst ecological disaster the island nation of Mauritius had seen, and would endanger its marine ecology and the pristine waters that attract tourists from around the globe.

Mauritius, famous for its pristine beaches, is popular with tourists who last year contributed 63 billion Mauritius rupees ($1.6 billion) to the economy.