COPENHAGEN (Reuters) – A vote in Greenland showed on Wednesday a majority in favour of keeping up a statue of Danish-Norwegian coloniser Hans Egede that was vandalised as anti-racism protests reached the Arctic. 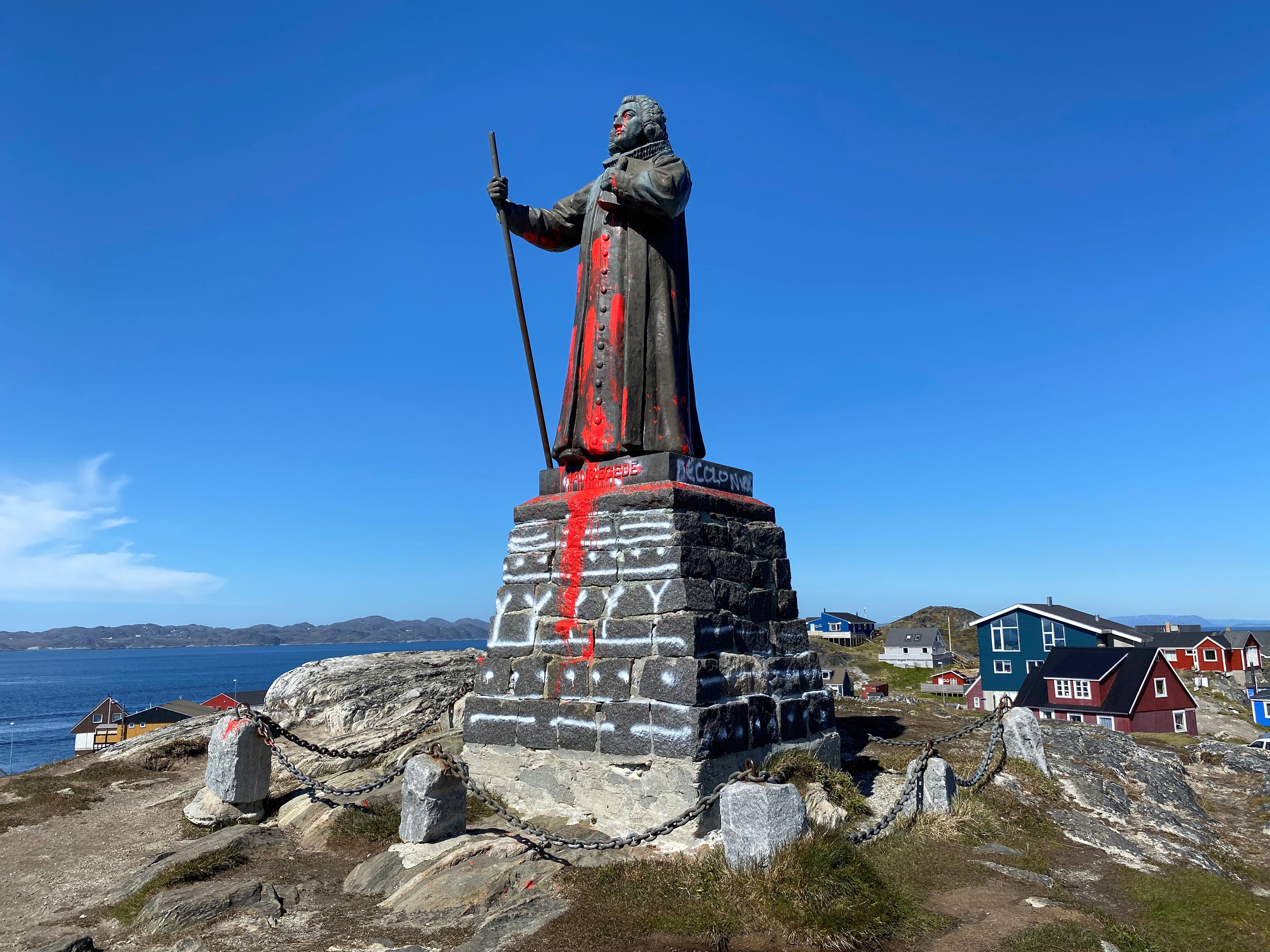 The statue had red paint and the word “decolonize” daubed on it last month when Black Lives Matter protests were sweeping the world over the death of African American George Floyd after a white policeman pressed a knee on his neck.

Critics say the statue in Greenland’s capital Nuuk is a symbol of oppression by former colonial ruler Denmark and some want it put in a museum.

But in the poll, 923 people voted for it to stay while 600 wanted it gone, according to the local municipality.

Greenland was a Danish colony until 1953, when it became a formal part of the Kingdom of Denmark. Today, it enjoys broad autonomy, but still relies heavily on grants from Denmark.

Egede, also known as the “Apostle of Greenland”, travelled there in 1721 to do missionary work among the Inuit inhabitants. His stay marked the beginning of Greenland’s colonial era but was relatively unbloody compared with other European powers.

“It does not surprise me that there is a majority for the statue to stay, but that does not mean we should do nothing, because there is still a large minority who wants it removed,” Greenlandic lawmaker Aaja Chemnitz Larsen told Reuters.

About 23,000 of Greenland’s 56,000 people were eligible to vote in the poll that ran from July 3-21. Lack of publicity and summer holidays may have affected turnout.

The fate of the statue remains subject to a final decision by the local council. But Nuuk’s mayor Charlotte Ludvigsen has said it would require a large majority of up to 75% in favour of removal for her to process the case.

Monuments are under scrutiny in various nations, including Britain where a slave trader’s statue was toppled in Bristol and World War Two hero Winston Churchill’s statue in London was daubed with graffiti calling him “racist.”

Denmark’s Egede, who founded Nuuk, formerly known as Godthåb (meaning “Good Hope”), tried to teach Christianity to as many Inuits as possible, but smallpox killed many of the newly-converted. Following the death of his wife, also from smallpox, Egede returned to Denmark in 1736.