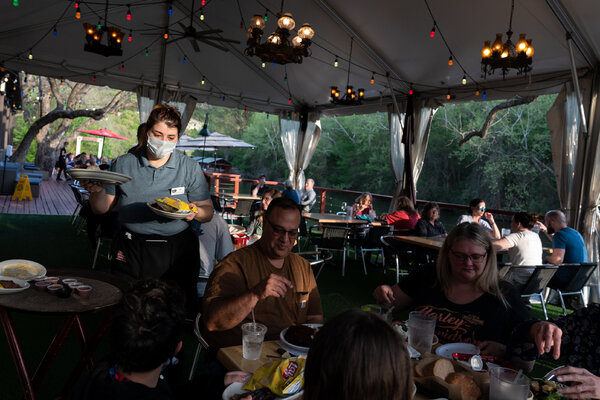 Many states, cities, businesses and schools have been scrambling to institute new mandates since Tuesday, when the federal health authorities recommended that even fully vaccinated people should wear masks again in public indoor spaces in Delta-variant hot spots and urged universal masking in schools.

In an executive order issued on Thursday, Gov. Greg Abbott, the Republican governor of the nation’s second-largest state, prohibited local governments and state agencies from mandating vaccines, saying that protection against the virus should be a matter of personal responsibility, not forced by a government edict.

The order also reinforced his prior directive prohibiting local officials from requiring face masks, despite growing calls from city leaders for greater flexibility to reverse the renewed spread of Covid.

The daily average of cases in Texas as of Friday was 8,820, according to a New York Times database, a 209 percent increase over the past 14 days. Cities across the state are facing a surge in hospitalizations reminiscent of the alarming spikes that occurred before Covid cases began nosing downward with the arrival of vaccines. 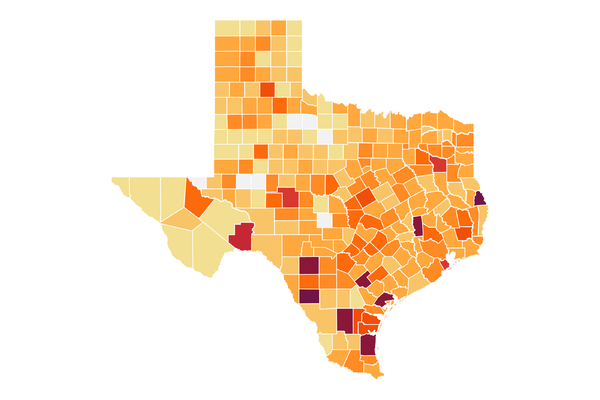 See the latest charts and maps of coronavirus cases, deaths, hospitalizations and vaccinations in Texas.

With 56 percent of the state’s population unvaccinated — including nearly five million children under 12 who are not eligible — health officials have expressed concern about the state’s vulnerability.

Mr. Abbott is hardly the only elected official who has responded to the C.D.C.’s new guidance with defiance. On Friday, Gov. Ron DeSantis, Republican of Florida, signed an executive order rejecting mask mandates in schools and giving parents the final say on whether their children wear masks.

But Mr. Abbott’s executive order reached further. “No governmental entity can compel any individual to receive a Covid-19 vaccine administered under an emergency use authorization,” the order said. It also prohibits any public agencies or private entities receiving public funds, including grants and loans, from requiring consumers to show documentation of vaccinations before entering or receiving a service from the entity.

The order encourages public safety measures such as wearing face masks and practicing social distancing, particularly in areas with high transmission rates, but adds: “No person may be required by any jurisdiction to wear or to mandate the wearing of a face covering.”

Mr. Abbott, who is facing re-election next year, is not against vaccines. He was photographed getting a Covid shot at an Austin hospital on Dec. 22, saying he wanted to show fellow Texans how “safe and easy” it was, according to The Texas Tribune.

And in a statement elaborating on his order, Mr. Abbott said that vaccines “are the most effective defense against the virus” and “remain in abundant supply.”

But he stressed that vaccinations would “always remain voluntary — never forced — in the State of Texas.”