U.S. travel curbs on much of continental Europe announced by President Donald Trump on Wednesday evening deepened the sector’s misery that began after the virus emerged in China late last year and reduced traffic.

“Without a lifeline from governments we will have a sectoral financial crisis piled on top of the public health emergency,” said IATA Director-General Alexandre de Juniac.

Norwegian Air (NWC.OL) said it would cut 4,000 flights and temporarily lay off up to half of its employees due to the coronavirus outbreak, while Delta Air Lines (DAL.N) said it would cancel flights on eight U.S. routes to Europe after Friday.

U.S. airports told the White House they expected to lose at least $3.7 billion this year — an estimate made before the latest European restrictions.

Those routes account for 20-30% of large European operators’ revenue and a majority of profit, Credit Suisse analyst Neil Glynn warned, “highlighting the damage to revenue lines for the coming weeks and potentially well into the summer.”

Glynn added that airlines would likely be forced to make heavier cuts than the drastic capacity reductions ordered as airlines scrapped flights – first to China and then to other destinations including Italy as the virus spread.

Shares in European and U.S. airlines slumped in turn to new lows, with Delta (DAL.N) falling 15% and United Airlines (UAL.O) 18%, while American Airlines (AAL.O) was 9% lower.

Icelandair said it would cancel some flights but pledged to continuing flying between Europe and the United States.

The U.S. curbs on travel from the 26-country Schengen Area – which excludes Britain and Ireland – are similar to restrictions on China that took effect on Feb. 1 and do not apply to U.S. residents or their immediate family.

U.S. airlines had already cut flight schedules to Italy and will take another hit from lower demand for flights from major destinations such as France and Germany.

Among them, American Airlines could be relatively spared by its alliance with British Airways (BA) and higher share of UK traffic, while Air France-KLM partner Delta and Lufthansa ally United Airlines are likely to suffer more, analysts say.

U.S. Vice President Mike Pence defended the travel curbs on Thursday, after the European Union complained they had been imposed “unilaterally and without consultation”.

The virus has taken root in the United States after spreading from China to Italy, South Korea, Iran and elsewhere.

“There is a need for measures from many governments,” said Norwegian pilots’ union president Yngve Carlsen. “This could lead to a total meltdown.”

Scandinavian carrier SAS (SAS.ST) is in talks with the Swedish and Danish governments about potential support measures, a company spokeswoman said.

EU airlines have seized on the crisis to push back on green taxes designed to help the bloc meet climate goals – including proposals to end current tax exemptions on jet fuel.

“New fiscal burdens should be postponed until the industry is back on a sound operational and financial footing,” lobby group Airlines for Europe said.

“It’s coming at the end of the northern hemisphere winter, which is a weak period for airline finances (when) they should be sowing seeds of a strong summer season by getting the bookings in,” he said.

There were panicky European airport scenes as travelers scrambled to fly to the United States before the restrictions take effect late on March 13.

The fallout is also spreading fast from travel and tourism to aerospace and other industries.

Italy announced the partial closure of Rome’s main airports to commercial aviation in response to its own travel lockdown. Near-empty airports in Milan and elsewhere may follow, a government source told Reuters.

The travel curbs will also decimate European tourists’ spending in the United States. In March 2019, European visitors accounted for 29% of arrivals and $3.4 billion in spending, the U.S. Travel Association said. 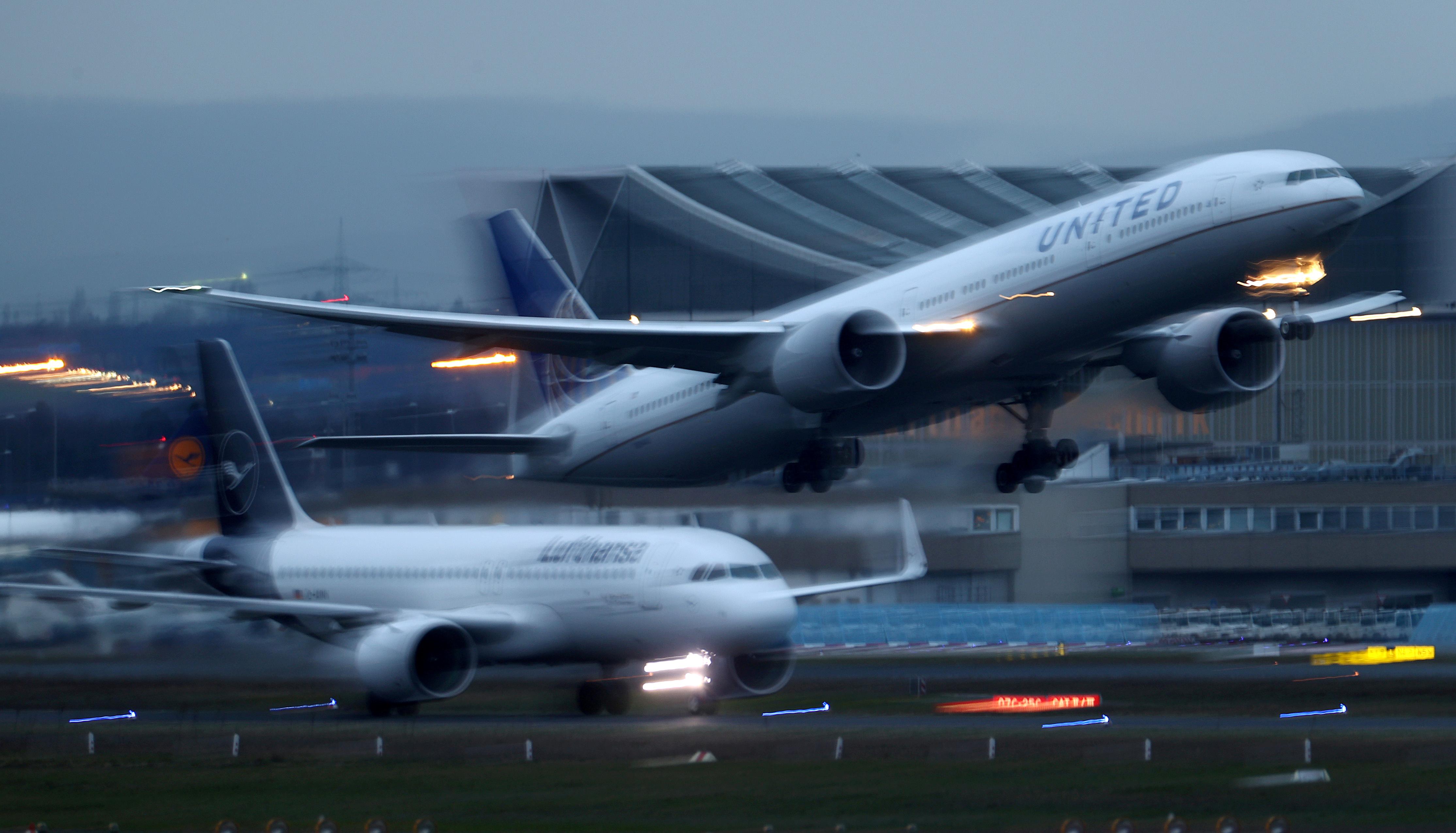 “Temporarily shutting off travel from Europe is going to exacerbate the already-heavy impact of coronavirus on the travel industry and the 15.7 million Americans whose jobs depend on travel,” U.S. Travel Association President Roger Dow said.