BERLIN (Reuters) – Germany must do all it can to avoid an economic crisis over the coronavirus and should emulate an ex-European Central Bank president who was key in containing the euro zone debt crisis, a senior ally of Chancellor Angela Merkel said on Thursday. 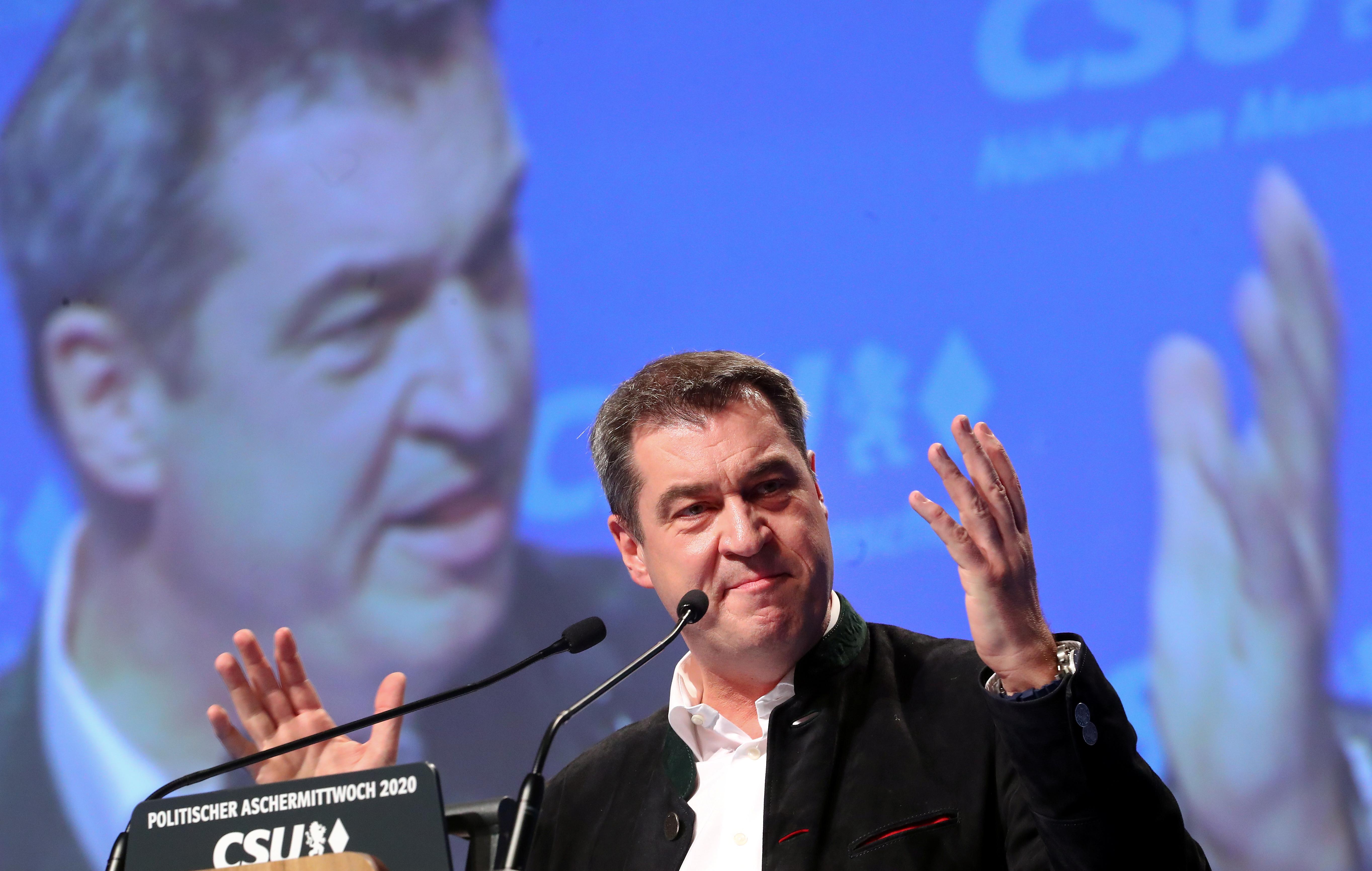 At the height of the euro zone crisis in 2012, ECB chief Mario Draghi vowed to do “whatever it takes” to save the euro, a promise that quashed speculation against the EU’s most heavily indebted countries and was seen as saving the joint currency.

The rapid spread of the coronavirus in Europe is raising pressure on Germany to ditch its self-imposed pledge of not taking on new debt and unleash a large fiscal stimulus package to cushion the impact on Europe’s largest economy.

European Central Bank President Christine Lagarde said on Thursday the coronavirus outbreak had inflicted a major shock to global growth and governments would need to mount an ambitious fiscal response to counter its effects.

Markus Soeder, leader of the Christian Social Union (CSU), the Bavarian sister party of Merkel’s Christian Democratic Union (CDU), said that Berlin must act now and put together a broad package of measures to help the private sector.

“The feedback we get from business is just as devastating as from the health sector, with long-term consequences,” he said.

“We have to act in a similar way as it may have been in the euro and financial crisis and think more in Draghi’s dimensions – …do everything to prevent a major recession.”

Carsten Linnemann, deputy leader of Merkel’s conservatives in parliament and head of the bloc’s business-friendly wing, proposed the creation of a crisis fund worth up to 100 billion euros ($110.95 billion) to help companies and its employees.

Germany has recorded 1,567 cases of the coronavirus, according to the Robert Koch Institute, and at least four people have died. The government has recommended that events with more than 1,000 participants are canceled.

Merkel told reporters on Wednesday that the government would do everything necessary to combat the coronavirus pandemic and that the question of whether to run a budget deficit was secondary.

The government has financial reserves of more than 93 billion euros and it could raise up to 35 billion euros of new debt if Berlin decided to ditch the black zero budget goal.

The cabinet on Wednesday passed new short-time work rules making it easier for companies hit by the coronavirus to tap state funds so that they can put staff on reduced working hours, bridge liquidity problems and avoid layoffs.

Merkel will discuss the impact of the pandemic and the needs of the private sector at a meeting with business associations and labor unions in Berlin on Friday.

Finance Minister Olaf Scholz and Economy Minister Peter Altmaier will give a news conference at noon (1130 GMT) Friday in which they are expected to present measures to improve the liquidity of companies such as allowing them to pay taxes later.

Scholz will also meet top bankers on Friday afternoon to discuss measures to combat the impact of the coronavirus, sources with knowledge of the matter said on Wednesday.

Germany’s banking lobby has called for rules to be eased to help its members through the crisis.

On Monday, government officials will meet representatives of airlines and labor unions to discuss possible liquidity aid, following an U.S. decision to restrict flights from Europe.