An extraordinary scene greeted us in the small village of Arloff in western Germany.

It looked like massive bulldozers had been in and torn the place apart. Roads had been lifted out of place, cars upended and there was mud and dirt everywhere.

It was a depressing scene for the residents of what was a picturesque, historical place until flood waters raced through the streets, houses, businesses. And outside every property you could see ruined furniture, dumped possessions and people emptying buckets of brown, stinking water from their homes. 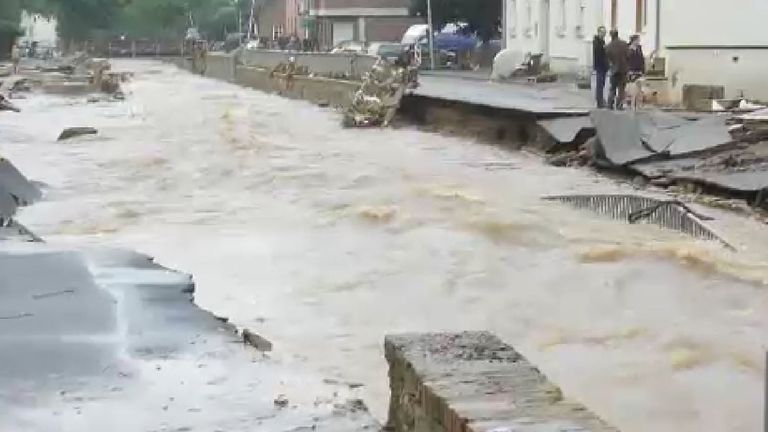 As we filmed, a woman approached us crying.

She moved to Arloff in North Rhine-Westphalia from Ireland and runs a business nearby which was completely destroyed. But she told us she was more upset by the loss of life than the loss of property and goods. Residents from the village were killed in the flooding.

“No one should die in a flood in Germany,” she said.

“Maybe in poorer countries you could understand it, but not in Germany.”

She was not the only one overcome emotionally. 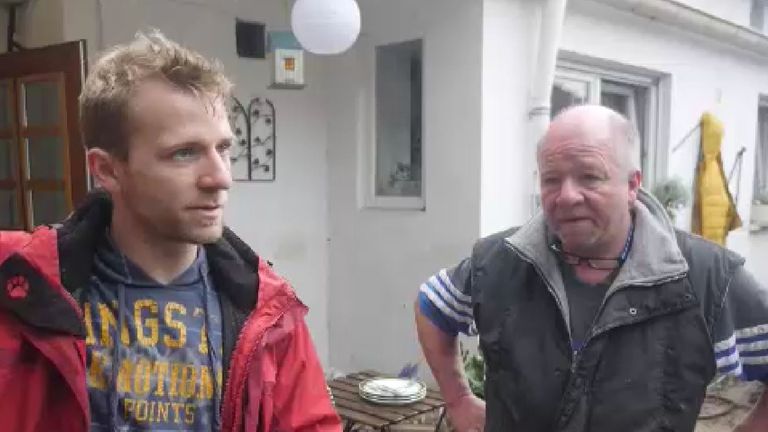 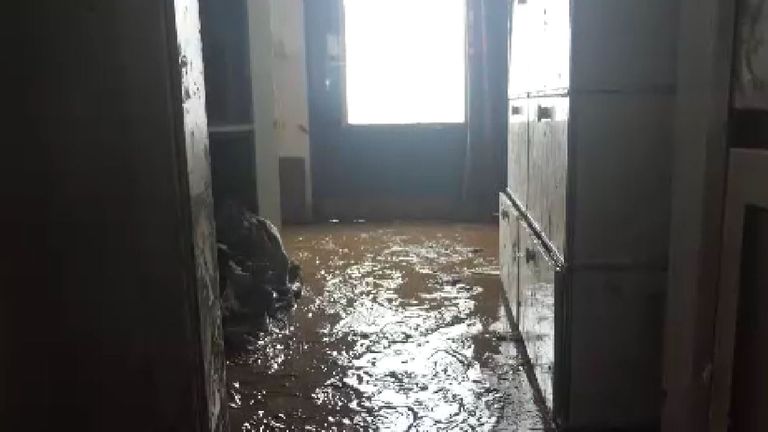 Bernd Nettersheim showed us the ground floor of the house his family had lived in for five generations.

He could not hold back the tears, barely able to speak. He was in the house with his son Nils when the floods hit and both were terrified.

Nils said the water came in so fast and with such force it knocked out doors and lifted up furniture.

He told us: “If anyone was downstairs at the time they would have been killed.” 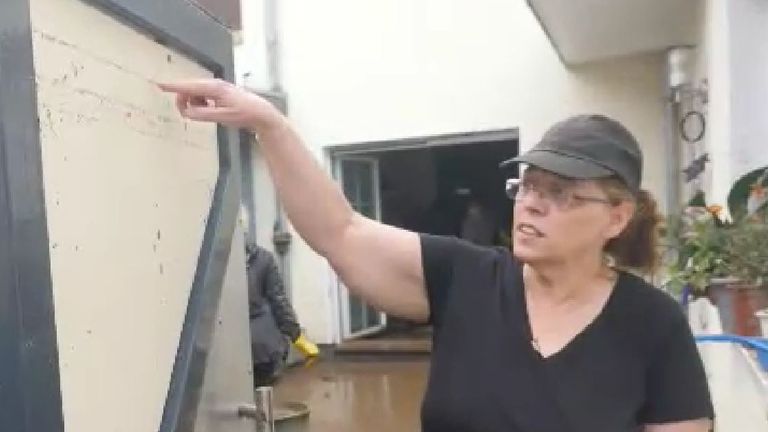 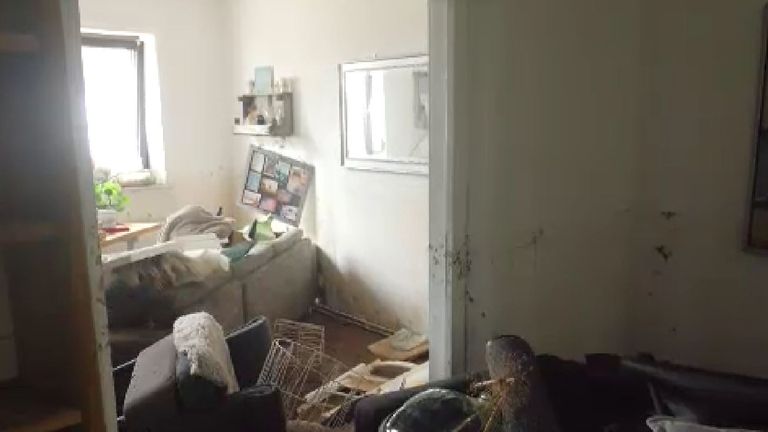 They have started to clear up but they are worried for their neighbours in villages nearby, closer to a large reservoir and dam.

They were forced to leave their homes because there are fears that more rain could mean the structure fails and the water inside would consume hundreds of houses.

Firefighters said the situation is critical.

They and the police are patrolling the villages making sure no one is around. Lives are at risk and most residents seemed to have taken that warning seriously.

When we visited one village it was a ghost town.

The people had left for their safety. But who knows what will be there when they return.