MAGDEBURG, Germany (Reuters) – A 28-year old man accused of murdering two people after opening fire on a synagogue in eastern Germany on the Jewish holy day of Yom Kippur last year was led into a courtroom by armed police for the start of his trial on Tuesday. 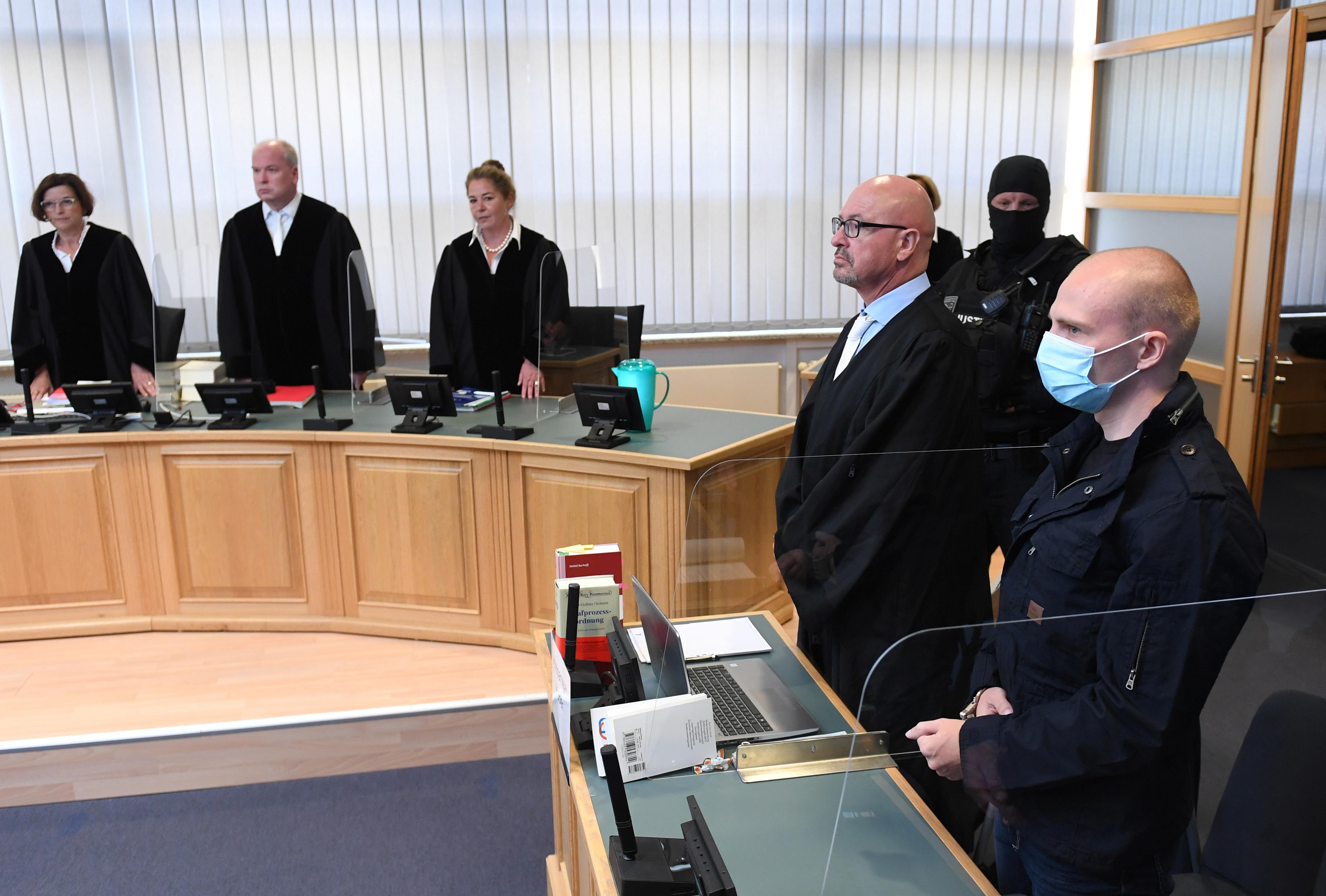 The suspect, identified as Stephan B., is accused of murder on two counts plus attempted murder and incitement. If convicted, he faces a life sentence.

Prosecutors say he has confessed to the crimes. He has not yet responded in court to the charges.

Wearing a coronavirus face mask, Stephan B. took his seat in the court room in handcuffs and looked around the room. The start of the trial was delayed by two hours due to strict security measures.

The gunman shot at the synagogue in the eastern city of Halle last October, and prosecutors have said he aimed to kill as many as possible of the more than 50 worshippers inside.

However, after failing to get into the building he went on a rampage outside, fatally shooting a woman passerby and a man inside a kebab shop. The attacker live-streamed his attack.

Josef Schuster, President of the Central Council of Jews in Germany, said the killer must face the full force of the law and that the Halle attack showed how right-wing populists and extremists had become more brazen.

Anti-Semitic crimes are particularly sensitive in Germany due to the legacy of the Holocaust. Local police have drawn criticism for leaving the house of worship unprotected and not realising it was Yom Kippur, the holiest day in the Jewish year.

The number of anti-Semitic crimes committed in Germany rose by 13% last year, Germany’s interior minister said in May, laying the blame on right-wing radicals.