Governor Brian Kemp has faced criticism for easing restrictions as others think it will help the ailing US economy. 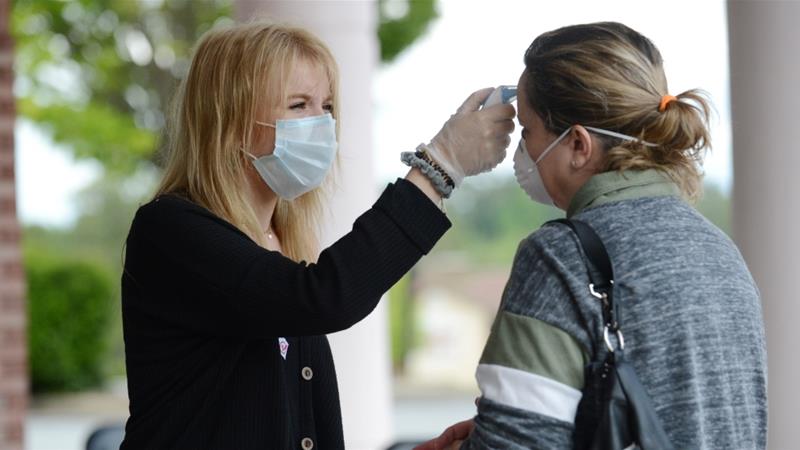 Some Georgia restaurants were reopening for limited dine-in service Monday as the state continued a loosening of coronavirus restrictions, but many chose to remain closed for the time being.

Permission for dine-in service and for movie theatres to reopen comes after other businesses, including barbershops, gyms, tattoo shops and nail salons, were allowed to start seeing customers on Friday.

While many gratefully opened their doors after a month-long closure, others did not feel ready yet and remained shuttered in this part of the southeastern United States.

A similar mixed response was expected for the businesses allowed to reopen on Monday.

Governor Brian Kemp last week announced that he was relaxing restrictions despite health experts’ warnings of a potential surge in infections and disapproval from US President Donald Trump.

Kemp released 39 requirements that restaurants must follow if they reopen, including a limit of 10 customers per 500sq feet (about 46sq metres) and a rule that all employees must wear face coverings “at all times”. Movie theatre ushers were ordered to enforce social distancing.

At Plucked Up Chicken & Biscuits in Columbus, eight regulars showed up Monday morning to have their coffee and breakfast and “chatted at each other across the room”, manager Alesha Webster said.

The restaurant employees were following restrictions put in place by the governor – constantly disinfecting and sanitising, wearing masks and gloves, placing tables six feet (two metres) apart and enforcing social distancing, Webster said. The restrictions also mean only 10 customers can be inside at a time, rather than the normal capacity of 45.

As a small business, the restaurant has endured brutal effects from the outbreak, even though it has been offering to-go orders, Webster said. The decision to reopen for dine-in service was a difficult one, she told the AP news agency.

“You don’t want people to bash you because you’re just trying to make ends meet,” she said.

Alex Brounstein, the owner of Atlanta-based burger chain, Grindhouse Killer Burgers, said he had no plans to reopen Monday and had no idea how any restaurant can resume dine-in service while maintaining social distancing or other precautions to prevent the virus from spreading.

“You’re talking about people putting their mouths on things in your restaurant. You now have dirty dishes going back into your kitchen. To me, it’s just completely illogical,” he told the AP news agency.

The shutdown imposed to slow the spread of the coronavirus has caused tremendous damage to the economy, and the governor said it was time to start letting people get back to work. The Georgia Department of Labor announced Thursday that 1.1 million workers – about one-fifth of the state’s workforce – have filed for unemployment in the five weeks since the crisis started.

But public health experts have said a spike in new cases could follow if reopening happens too quickly; increased testing and diligent tracking of infected people’s contacts are needed to counter that.

Georgia has ranked in the bottom 10 of states for coronavirus testing per capita, but some progress was made on that front last week.

Trump, who has also stressed the need to get the economy chugging again, said last week that Kemp’s plan was too much too fast. The president specifically said spas, beauty salons, tattoo parlors and barbershops should not reopen immediately. 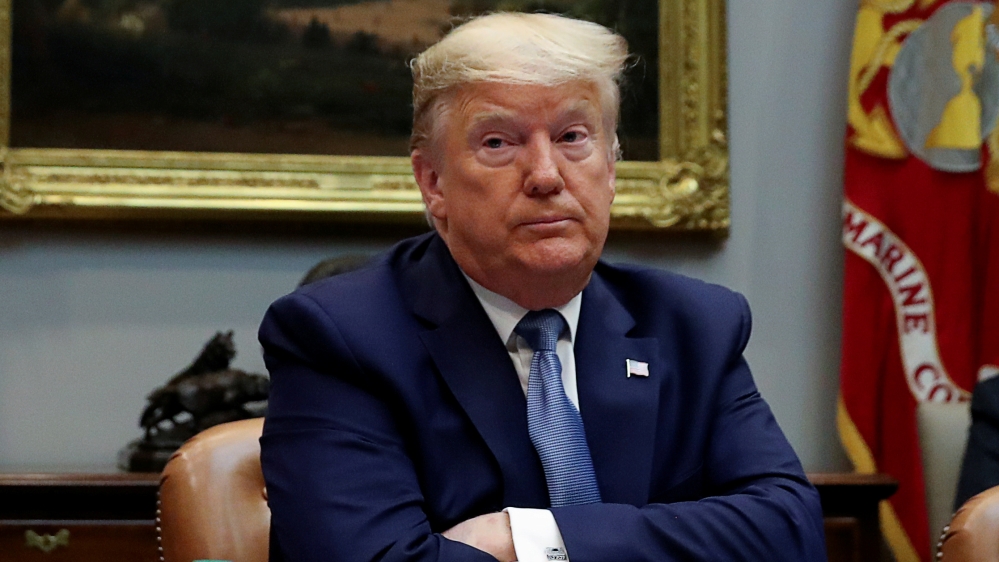 Kemp and other state leaders, including Lieutenant Governor Geoff Duncan and House Speaker David Ralston, planned to gather Monday morning with faith leaders from across the state to hold a day of prayer service in the rotunda of the state Capitol.

For most people, the coronavirus behind the pandemic causes mild or moderate symptoms. For some, it can cause severe illness such as pneumonia, or even death.