It took just a few words from Vladimir Putin on Wednesday about the production of gas in his country before its price on the wholesale markets fell sharply.

He said that Russia could increase gas production to boost supply and it crashed from an earlier spike of €155 per megawatt hour (MWh) to €92/MWh.

For some, his brief utterance exposed how utterly vulnerable Europe is to Russia and posed questions about the ease with which gas could be weaponised. 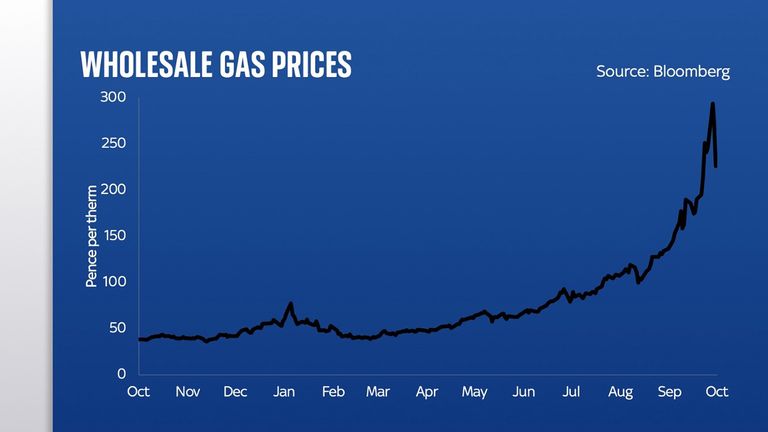 It came at a time when the price of some gas stocks had risen almost eightfold since the start of the year to trade at a new all-time high, but also amid a debate about the opening of a new Russia-Germany gas pipeline.

Russia is already the biggest supplier of gas into the EU, and some have claimed the opening of the Nord Stream 2 pipeline will increase European dependency.

So, is there a danger that Mr Putin could use gas to control Britain’s allies? Here are some of the factors:

How important is Russian gas?

There have been concerns about the role of Russian gas since at least 2009 when a dispute between Russia and Ukraine over alleged non-payment for Russian gas saw supplies to at least 18 European countries suffer shortages until a deal was done.

In 2014, amid the Crimea crisis, there were fears south and central Europe could be impacted if Russia stopped sending gas through Ukraine – something that in the end did not occur, even though the West imposed sanctions.

It is expected this will increase as the Nord Stream 2 pipeline is switched on. What is Nord Stream 2?

Nord Stream 2 is the £9.5bn off-shore pipeline which will bring Russian gas through the Baltic Sea, directly to Germany.

It supplements the gas already flowing through Nord Stream 1, a pipeline that has been supplying Germany for around the last decade.

Before Nord Stream 1, most Russian gas imports came through a decades-old pipeline network that ran across Eastern Europe – especially Ukraine.

Ukraine has been making billions of dollars every year allowing Russia to transport gas across its territory in pipelines. Much of the gas from Nord Stream 2, while entering the EU in Germany, will actually end up in countries as far away as Italy and Austria, bypassing Ukraine’s pipelines, as it will plug into a wider EU gas network.

But, as well as the impact on Ukraine, the project is controversial for other reasons.

The UK and US have opposed Nord Stream 2 because they claim it will increase EU dependency on Russian energy and potentially weaken NATO members’ hands in any dispute or negotiations with Moscow.

Russia claims the US opposes it because the US wants to sell more American Liquified Natural Gas – produced by fracking – to Europe.

Both the Trump and Biden administrations imposed sanctions on companies involved in the construction of Nord Stream 2, delaying the project, but the US agreed a deal in July with Germany to allow it to open so long as it was not used for Russian “aggression”.

Despite the delays, it is now finished, but has not come on stream yet as it has to meet official approval from the German authorities. The sanctions frustrated Germany’s Angela Merkel, who, as the country’s chancellor for 16 years, has been instrumental in pushing for the project’s completion.

She stood down before last month’s German elections, but, because of the close result, is likely to stay on as a caretaker chancellor until a new government emerges in some months.

With no other chancellor yet in place, there is no political reason why the approval would not be granted, but the German Greens have outlined their opposition to the pipeline, saying they would scrap it, if they enter government, and they currently have the potential to hold the balance of power.

Is Russia using gas as leverage?

Both the Kremlin and Russian gas firm Gazprom deny playing any role in a supply crunch that has seen European gas prices rocket, but some European officials and energy experts say Moscow has held back from boosting supply.

While Mr Putin reportedly agreed to increase gas exports, he stressed that domestic demand should be met first. He also blamed the current crisis on technical changes in the European gas market several years ago, particularly to phase out long-term contracts favoured by Russia in favour of an open “spot” market.

Experts say the primary factor in price rises is the global gas market.

European and UK gas stocks are low, prompting alarm, and demand has risen sharply in Asian countries that have lower levels of domestic production, pushing up prices worldwide.

Russia supplies large amounts of gas to Europe but, because of the way it extracts it from the ground, it cannot easily change the amount it produces.

Dr Jack Sharples, research fellow at the Oxford Institute for Energy Studies, says that even if Russia wanted to send huge amounts of gas through Nord Stream 2, assuming it is approved, it probably wouldn’t be able to as it won’t be able to bring sufficient supply on stream quickly enough. He says it is this inflexibility that is contributing to the current higher prices. 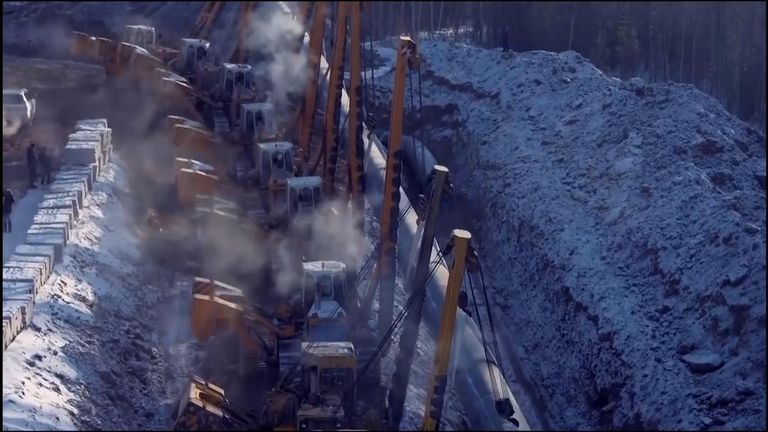 The EU has tried to tackle the general inflexibility of energy supply across the bloc by liberalising its internal gas market, he added, but that itself has led in the last few days to the sort of speculation that is said to be driving current prices higher, as traders buy and sell based on their expectations of price fluctuations.

In fact, it is that speculation that has prompted Russian alarm, because it makes striking the kind of long-term gas deals Moscow prefers harder.

What is clearer is the impact of pipelines like Nord Stream 2 on Ukraine, which is still involved in a low-level conflict with Russian backed separatists. The amount of gas going across the territory of Ukraine is due to go down annually in coming years.

That was illustrated last week when Russian state gas producer Gazprom switched gas supplies to Hungary – whose President Viktor Orban has been among the Kremlin’s closest EU allies – from transiting through Ukraine to being funnelled through separate pipelines via Austria and Serbia. The move prompted a furious response from the government in Kyiv. 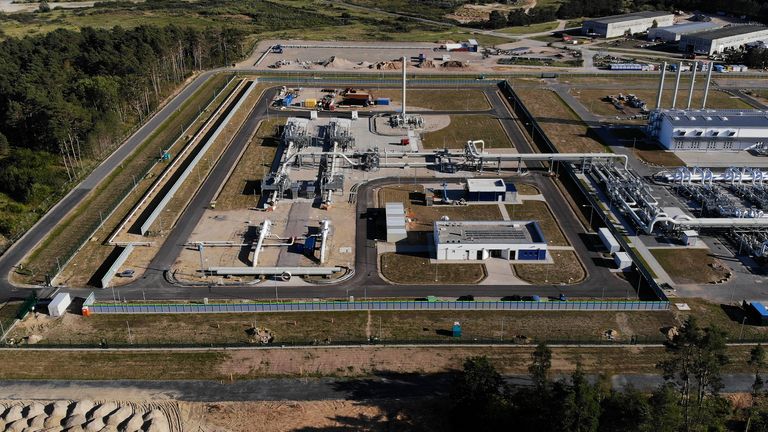 What, then, does all this mean for Putin?

On Wednesday, at a meeting of government officials and heads of energy companies in Moscow, Mr Putin blamed Europe, saying EU countries were wrong to reduce the share of long-term deals in natural gas trade in favour of the spot market instead.

He also reiterated that Russia has been a reliable supplier of energy to Europe and added that the amount of gas sent via Ukraine would be higher than that previously agreed, backing up theories the price spike is more to do with the vulnerabilities of the more competitive EU gas market and, as Dr Sharples says, the “inelasticity of demand”, than any attempt to exert pressure.

Dr Sharples told Sky News it would be unlikely Mr Putin or Russian officials would use gas directly to lean on the West. He said: “2014 showed that just because Russia supplies Europe with gas doesn’t mean that Europe’s not going to react when something happens on the international stage.

“But where any sort of influence may lie is at the ‘behind closed doors’, lobbying level… at a lower, more subtle level… rather than Putin sitting down with the new German chancellor and saying, ‘Okay, we’ll turn on the taps if you lobby the other European leaders to ease the post-Crimea and annexation sanctions’. It’s more subtle and insidious.“

Consequently, if the current crisis results in the certification of the undersea pipeline, it will be taken as a win for Russia.