FW de Klerk, the last president of apartheid South Africa, has died at the age of 85.

“Former President FW de Klerk died peacefully at his home in Fresnaye earlier this morning following his struggle against mesothelioma cancer,” a statement from his foundation said.

He was diagnosed in March with the disease, which affects the tissue lining the lungs. 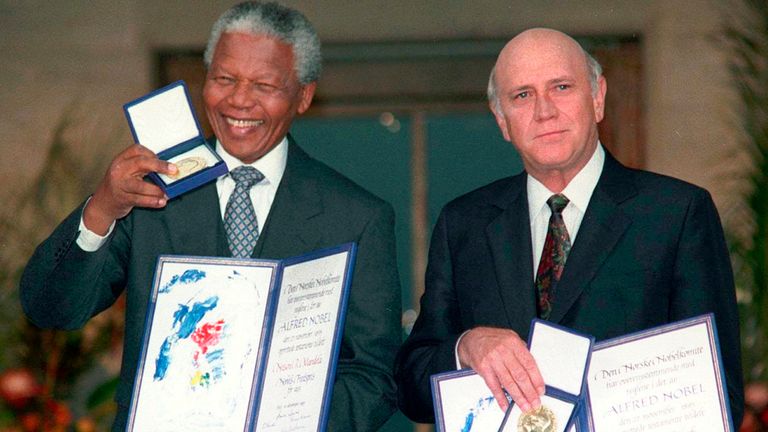 As head of state from 1989 to 1994, Mr de Klerk oversaw the end of South Africa’s white minority rule.

He and his government dismantled the apartheid system of institutionalised racial segregation and introduced voting rights for black people.

In 1990 he announced he was releasing anti-apartheid leader Nelson Mandela from prison after 27 years, in a speech that made history.

Mr de Klerk shared the Nobel Peace Prize with Mr Mandela in 1993, but his role in the transition to democracy remains a source of controversy.

Many blamed him for violence against black people and anti-apartheid campaigners during his reign.

After multi-party elections were held in 1994, Mr Mandela won the presidency and Mr de Klerk became one of two deputy presidents in a “National Unity Government”. 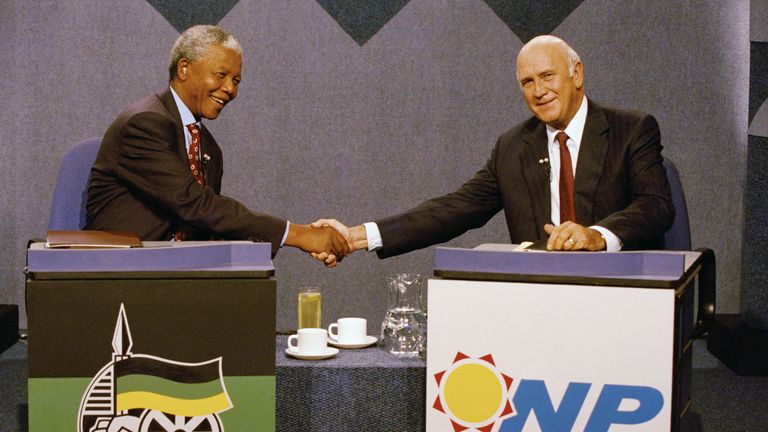 Mr de Klerk had kept the decision to release Mr Mandela a closely-guarded secret, fearing a leak and backlash from right-wing whites.

Even his wife did not know about the plan.

When Mr de Klerk celebrated his 70th birthday in 2006, Mr Mandela praised his predecessor for taking that plunge into the political unknown. “You have shown courage that few have done in similar circumstances,” he said.

Mr Mandela wrote in his autobiography that nothing in Mr de Klerk’s past “seemed to hint at the spirit of reform”.

After beginning his parliamentary career in 1972, Mr de Klerk had spent years as a minister overseeing a schooling system that spent 10 times more on white children than black children. 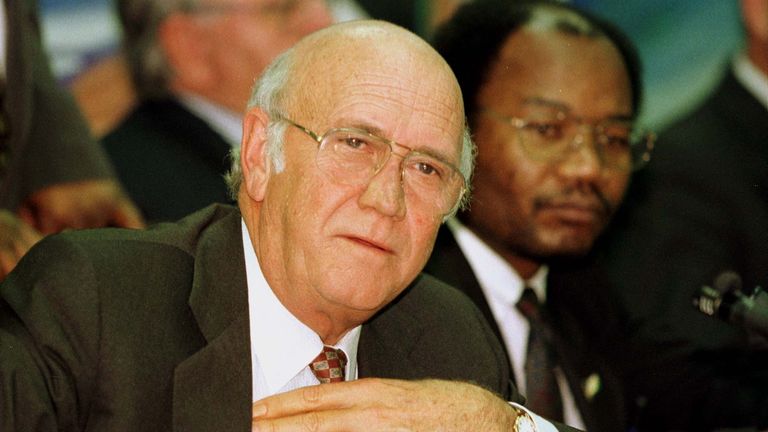 His negotiations with Mr Mandela on a peaceful transition were held amid mounting political violence, with critics saying Mr de Klerk was too cautious in tackling right-wing security forces suspected of instigating conflict.

He retired from active politics in 1997 and later apologised for the pain and humiliation of apartheid.

“History has shown that as far as the policy of apartheid was concerned, our former leaders were deeply mistaken in the
course upon which they embarked,” he said.