A huge sandstorm that can even be seen from space has swept across the Middle East this week, sparking apocalyptic fears among residents. The sandstorm appeared to block out the sun in parts of Egypt on Friday, where extreme widespread flooding has already killed at least five people. Egypt declared a state of emergency on Thursday ahead of the devastating floods and sandstorm, which was tied to a “rare intense cyclone”.

This could see huge amounts of Saharan dust wreak havoc in northern Saudi Arabia and Israel.

The cyclone system is moving across the entire Middle East, unleashing gusts of 130km/h.

Mud rain flooding will also move into Turkey and Jordan and the eastern Mediterranean.

JUST IN: Apple CLOSES all stores outside of Greater China over coronavirus 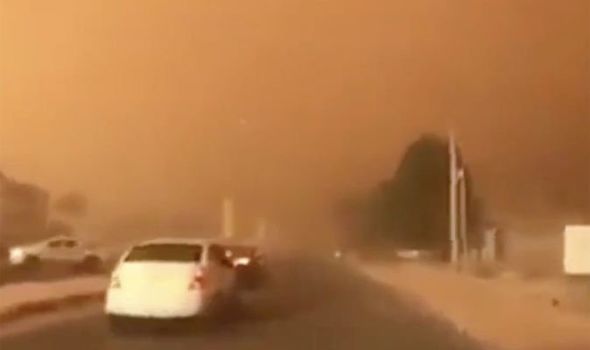 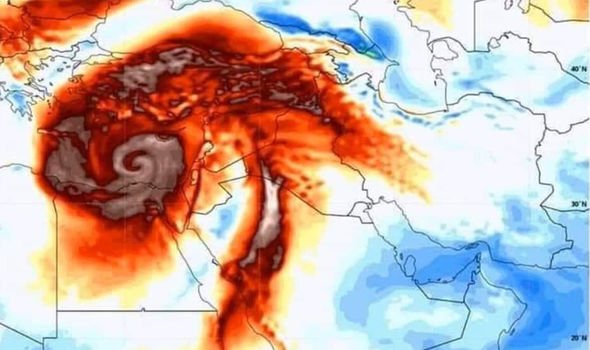 Footage in Egypt shows tourist destination like the pyramids completely empty of visitors while other videos show cars attempting to drive into the orange sandstorm.

On Thursday Egypt’s government said it was shutting down schools and universities nationwide due to “severely unstable” weather conditions.

It was also declared a paid holiday to avoid traffic in streets, with the government urging people to stay home.

On Wednesday, an Egyptian minister said drinking water will be reduced in some areas and may be cut off if necessary with prior notice. 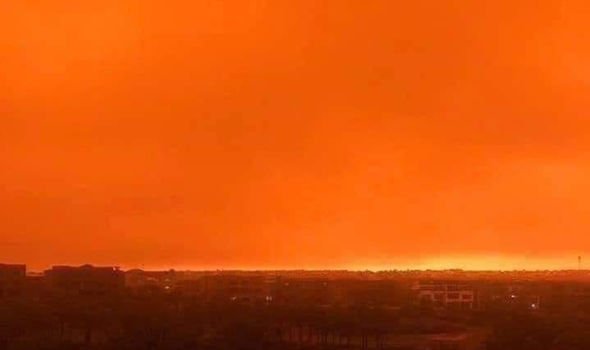 Viewers described the weather as “biblical” amid the coronavirus pandemic and global locust infestation.

“How do you spell Armageddon?” 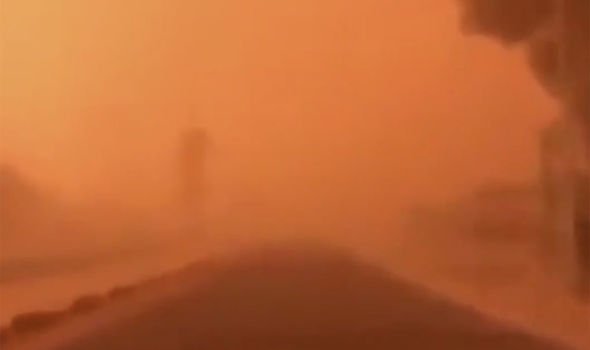 In Jordan, videos showed the developing sandstorm there covering vehicles and buildings.

Another video showed brutal winds uprooting a tree in Petra and falling down onto the road.

Government officials warned of low visivility for those on the roads.