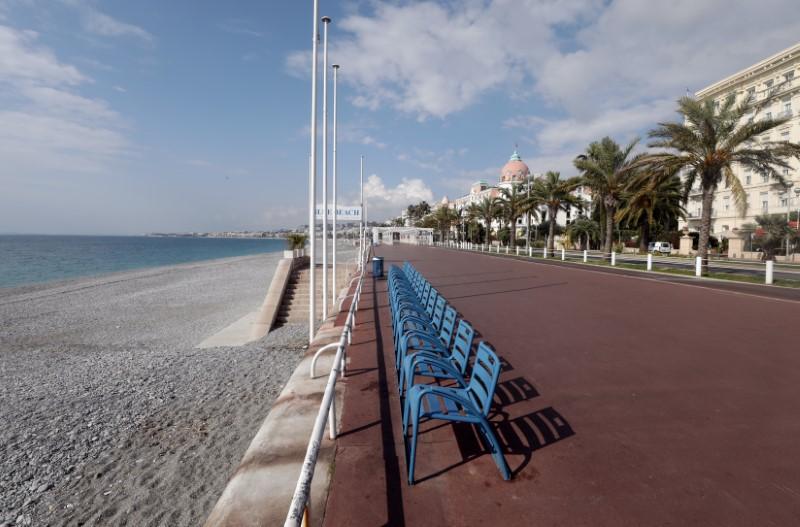 NICE, France/PARIS (Reuters) – The mayor of the southeastern French city of Nice said on Friday he will be closing Nice’s famous Promenade des Anglais as part of measures to fight the coronavirus outbreak spread.

Christian Estrosi also told France’s LCI TV that he was considering whether to implement curfew measures in Nice.

“I am considering a curfew order as early as tonight, excluding of course the priority staff that we also have to take care of,” Estrosi, who has himself tested positive for the virus, added.

France on Tuesday put its 67 million people under lockdown in efforts to curb the spread of virus that infected worldwide more than 245,000 people with a death toll exceeding 10,028.

The Promenade des Anglais is a large promenade along the Mediterranean sea. It was built in the eighteenth century when the English aristocracy used to spend the winter season in Nice.

Local inhabitants gather along the walkway on the weekends for walking, cycling, skating or jogging.

In July 2016, after fireworks on Bastille Day, a 31-year-old man drove his trunk into the crowd in the pedestrianised Promenade des Anglais, killing 86 people.