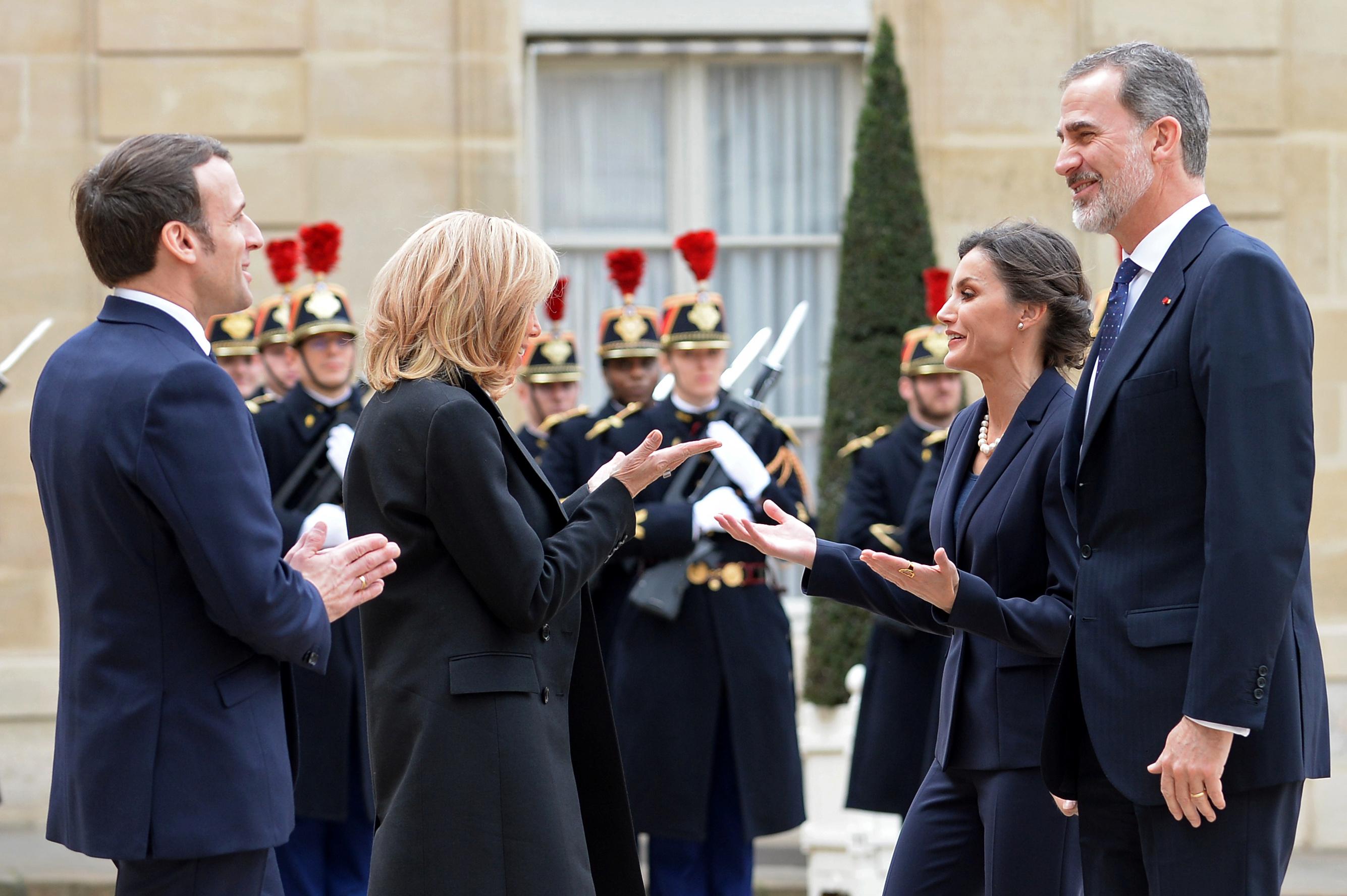 PARIS (Reuters) – Mindful of the coronavirus outbreak, when French President Emmanuel Macron greeted Spain’s king and queen on Wednesday, he replaced the traditional handshake with an Indian-style namaste, pressing his palms together and bowing slightly.

Beside Macron as he welcomed King Felipe in the courtyard of the Elysee Palace in Paris, French first lady Brigitte Macron played her part too, blowing a kiss in the direction of Queen Letizia by way of greeting.

European public health authorities say people should avoid shaking hands to curb the spread of coronavirus, which can be transmitted through skin-to-skin contact.

Spain has 2,124 confirmed cases of the virus, while in France there are 1,784 cases, according to the latest data collated by Reuters.

In France, the outbreak has reached the heart of political power, with Macron’s culture minister testing positive, and his chief of staff in isolation after coming into contact with an infected person.

Heir to the British throne Prince Charles deployed the namaste-style greeting instead of handshakes earlier this week as he greeted guests at a Commonwealth event in London.