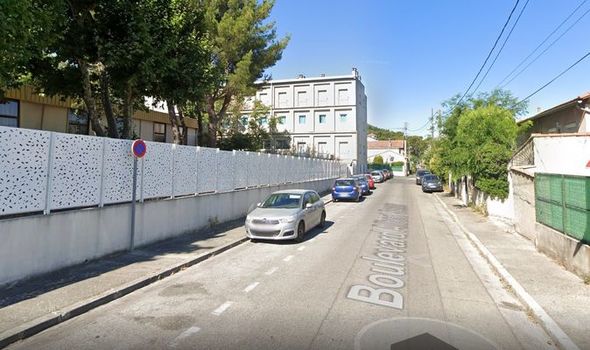 According to local reports, the incident took place around 5pm today near a nursery school in La Milliere area of Marseille. One person has been shot while at least three people have been injured.

The Marseille region was rocked back in 2017 after a man killed two women at the Saint-Charles station.

The women, 20-year-old and 21-year-old cousins, were believed to have been attacked by an illegal immigrant from Tunisia using a knife.

Patrolling soldiers shot him dead at the scene.

The brother of the attacker was later arrested and faced preliminary charges of suspicion of involvement in the train station attack.

French police were cautious as to whether it was a terrorist attack, but it was later classified as jihadist terrorism by Europol.

Both French President Emmanuel Macron and local politician Samia Ghali praised the efficiency of the Opération Sentinelle soldiers who stopped the attack.

Mr Ghali told local radio: “If the military had not been there, we would have had a lot more deaths.”

Two years before, hooded gunmen in the French city of sparked a lockdown after they fired Kalashnikov rifles at police officers while Manuel Valls, the former French Prime Minister, was visiting the city.

It is thought that the shooting was drug-gang related but it came after the Charlie Hebdo shooting and the Porte de Vincennes hostage crisis during the 2015 Île-de-France attacks.

The entire Marseille suburb of La Castellane was on lockdown for hours.

No one was injured.

France has seen a wave of stabbings over recent months.

Back in May, a knifeman was arrested after a policewoman was stabbed several times in a brutal attack near Nantes.

The policewoman was reported to be aged in her 40s and seriously injured in the leg, arm and hand, according to French media.

Police later confirmed they had made an arrest, while gunshots “were exchanged”.

Police officer Eric Masson was shot dead earlier in May after being called to investigate a known drug-dealing site in the southern city of Avignon.

In April, officer Stephanie Monferme, was also killed in Rambouillet.

These attacks lead to Stanislas Gaudon, head of the Alliance police union, calling for change.

She said: “It was the straw that broke the camel’s back.

“It was something we were afraid of, almost expecting.”