A shocking video has emerged of gun-wielding hooligans running rampant in the French city of Dijon.

The so-called punishment raids are allegedly being perpetrated by members of the Chechen diaspora.

French police suspect that this was sparked by an attack on a 16-year-old member of the Chechen community on June 10.

Dozens of authority reinforcements are being sent to the eastern city of Dijon now.

In footage taken, detonations can be heard and smoke seen rising into the air.

In another clip, a group wearing balaclavas brandish guns and shout as they pose for the filming.

The Dijon mayor, Francois Rebsamen said what happened was “unprecedented and unacceptable”. 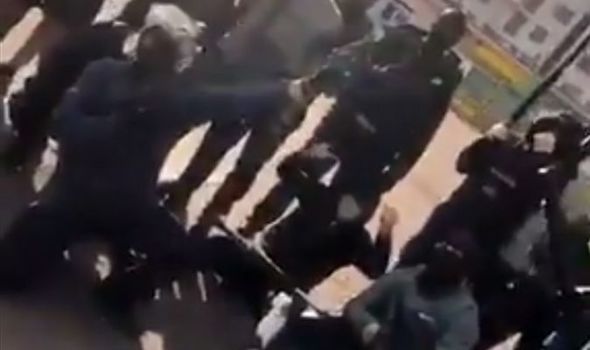