Dozens of French healthcare workers were fined after they protested the Government’s handling of the coronavirus. The decision to fine the doctors and nurses has sparked outrage in the country, amid growing fury at the conditions across French hospitals. Several of the protesters at the rally at Robert Debré Hospital in the north of Paris chanted for Emmanuel Macron to resign.

At least 50 healthcare workers were fined and three people arrested for a protest outside a hospital in Paris, according to the police in the French capital.

More than 400 doctors, nurses and hospital staff wore scrubs and banged trays and pans to demand better funding for the hospital.

Officers gave those who refused to leave the site a £120 on-the-spot fine. 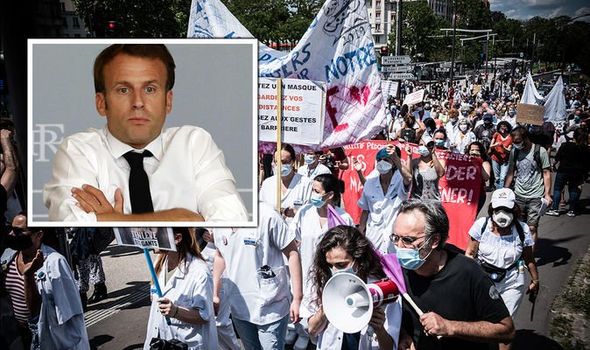 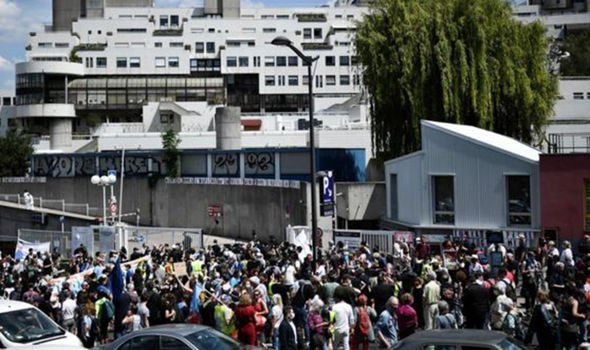 One nurse attacked the idea of the French government handing out medals to the frontline staff and throwing a parade in July to celebrate the “coronavirus heroes”.

He said: “A medal and a parade for July 14th, no. A revaluation of wages, an end to the suppression of beds, an increase in the number of healthcare workers, yes. We are not soldiers.” 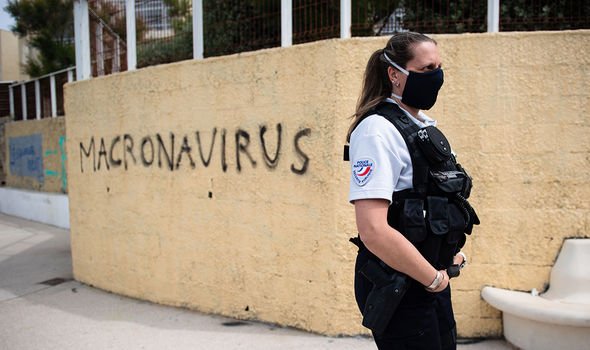 However, the pandemic has exposed a nationwide hospital funding crisis, sparking revolts among French healthcare workers.

Last week, Mr Macron suffered a public blow after he was humiliated at a hospital by frustrated doctors and nurses who berated the country’s leader, calling France “the shame of Europe”.

Emmanuel Macron engaged in a furious row with several frustrated and exhausted doctors and nurses during a visit to a struggling hospital last Friday. 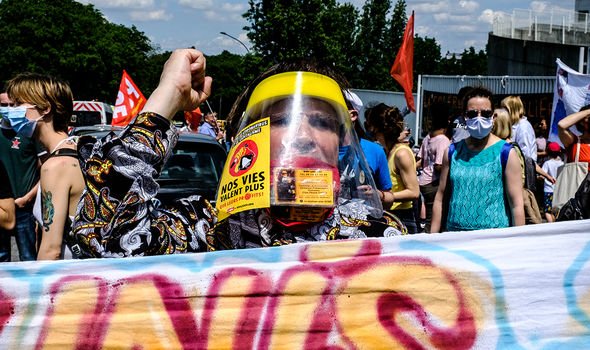 The French President was confronted by furious medical workers, who berated Mr Macron for his response to the coronavirus crisis.

The COVID-19 pandemic has killed more than 28,000 people in the country.