Outcome of Israel’s third election in less than a year does not make a difference, Palestinians say. 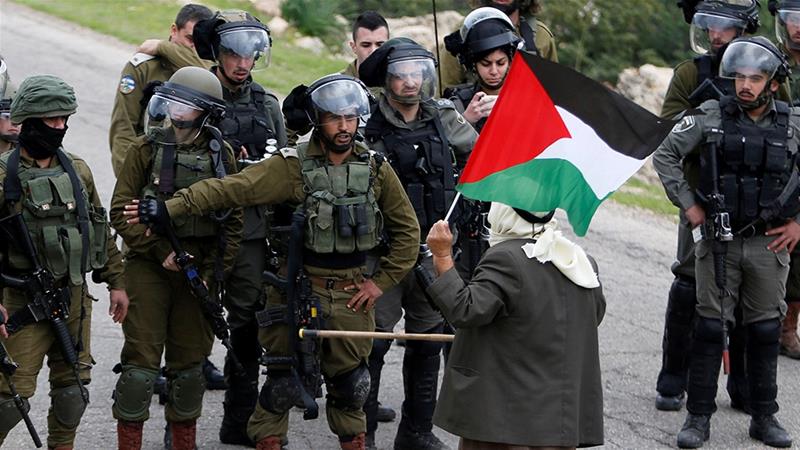 Prime Minister Benjamin Netanyahu has claimed victory in Israel’s election over his main challenger, former military chief of staff Benny Gantz, although it appears he may just be short of securing a parliamentary majority to form the next government.

Exit polls after Monday’s vote, the third in less than a year, suggested Netanyahu’s Likud party and its ultra-religious and nationalist allies had captured 59 of the 120 seats in the Knesset – pointing to yet another  deadlock.

For Palestinians, however, the outcome of the election would make little difference.

“Israeli leaders are two sides of the same coin when it comes to dealing with the Palestinians,” Wasel Abu Yousef, a member of the Palestine Liberation Organization’s (PLO) executive committee, told Al Jazeera.

He said that, despite their differences, Israel’s political heavyweights all agree to keep “denying the Palestinians’ right to self-determination [and] right of return, keeping the illegal settlements and to never ending the occupation of Jerusalem.” 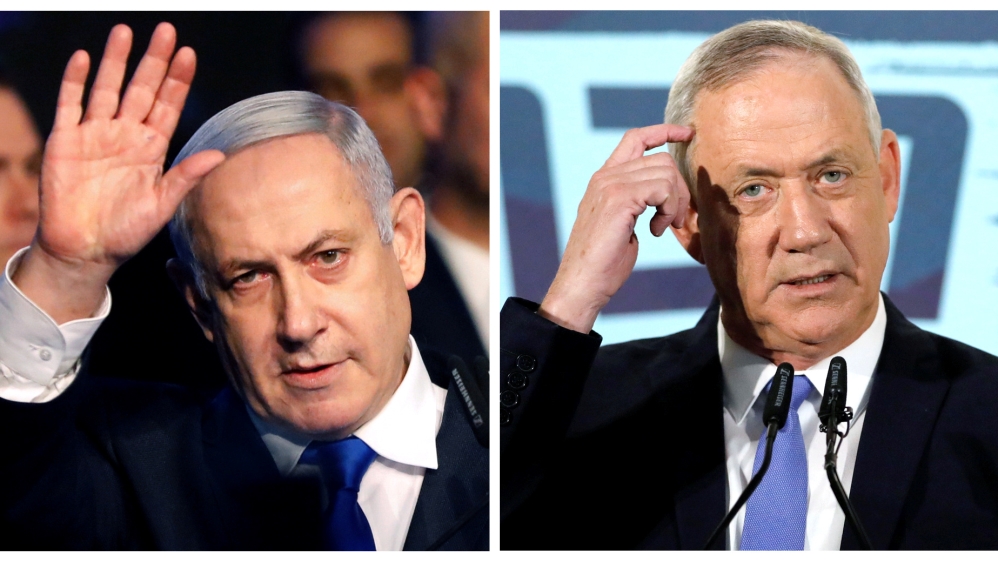 Seeking an end to the Israeli occupation of the West Bank, Gaza and Jerusalem, Palestinian leaders have engaged in peace talks with Israel since the 1991 Madrid conference, which ushered in a peace process that  eventually led to the 1993 signing of the first of the Oslo accords.

When the detailed accords, which saw Israel and the formally recognise one another, went into effect the next year, the goal was to install interim governance arrangements and a framework of negotiations for a final agreement within five years that would establish two states, side-by-side.

Some 30 years since the Madrid conference, and after the mandates of seven Israeli prime ministers from different parties, Palestinians have seen their long-sought state shrink year after year.

According to Israeli and Palestinian sources, more than 700,000 Jewish settlers now live in some 200 settlements, considered illegal under international law.

While leaders of the Palestinian Authority (PA), which was established after the Oslo process, still say publicly that they favour a “two-state solution” with Israel, the reality on the ground and a series of Israeli and US policies have effectively killed such a prospect, analysts say.

In late January, US President Donald Trump’s administration unveiled its proposed Middle East plan that supported the legalisation of the Israeli occupation of Palestinian lands and the annexation of large swaths of the West Bank.

Losing no time, Netanyahu, who was standing alongside Trump at the White House when the long-awaited proposal was presented, promised that victory in the March 2 election would allow him to start the annexation set out under the terms of the US plan.

Gantz, the leader of the Blue and White party, also pledged to annex the Jordan Valley “in coordination with the international community.” 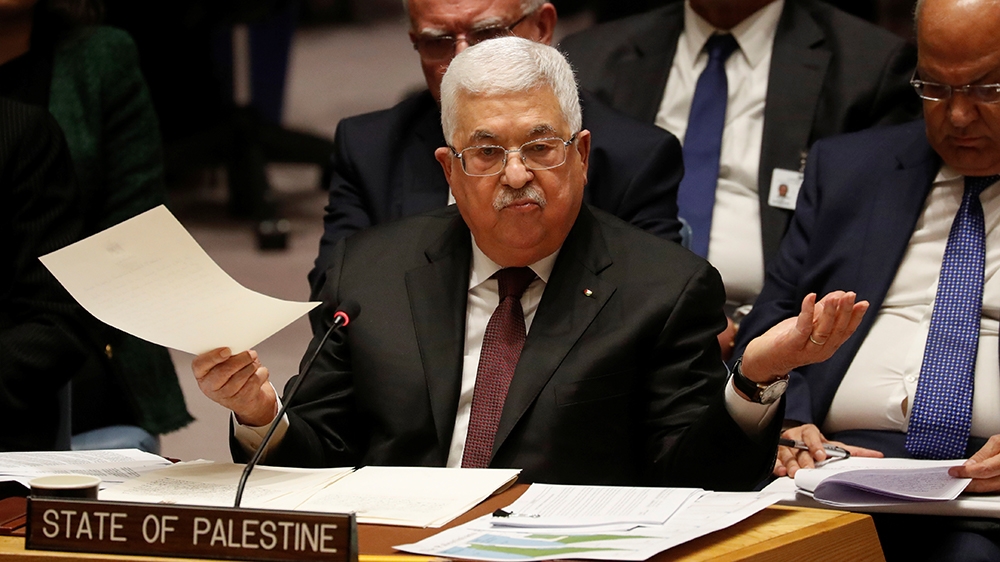 Following the release of exit polls, Saeb Erekat, the PLO’s chief negotiator and top aide of PA President Mahmoud Abbas, said in a statement that “settlement, annexation, and apartheid have won”.

“Netanyahu decided that the continuation of the occupation and the conflict is what brings Israel progress and prosperity, so he chose to consolidate the foundations and pillars of the conflict and the cycle of violence, extremism, chaos and bloodshed,” he added.

“The next step is annexation. The wrong side of history.”

But Palestinian political analyst Hani al-Masri charged that the Palestinian leadership seems oblivious to Israel’s strategic moves and has no real plan in place to respond to them.

“Abbas has unwittingly turned his PA into a vassal entity beholden to Israel and has no long-term strategy to extricate the Palestinians out of this situation,” said al-Masri, director general of Masarat – the Palestinian Center for Policy Research and Strategic Studies.

Abbas has repeatedly said the only path to statehood is through negotiations with Israel, but al-Masri said Palestinians should engage in civil resistance against Israel, including an economic boycott of Israeli products.

Al-Masri told Al Jazeera that Palestinians must take steps such as reactivating the PLO, which has been marginalised for decades since Oslo, to represent all of Palestinians factions including Hamas – which runs the besieged Gaza Strip – as a way for Palestinians to close their ranks.

Nasser al-Qidwa, a member of the Central Committee of Fatah, the main ruling Palestinian party, and nephew of the late Palestinian leader Yaser Arafat, agreed that the PLO must be restored as a unified representation of the Palestinian people, especially in the aftermath of Israel’s elections.

Al-Qidwa argued that if Netanyahu is able to form a government and move forward with his annexation plans, the Palestinian leadership should consider the move a “declaration by Israel to end all negotiations with the Palestinians”.

As a result, “the Palestinians should end their recognition of Israel as a response to possible Israeli annexation of more Palestinian territories,” al-Qidwa added.

Commenting on what he described as a decades-long “futile peace process”, Abu Yousef, the PLO leader, said Palestinians were misled to believe that a peace process with Israel would deliver them an independent state.

“We have been deceived with devastating consequences on our national existence,” he added.