CHRISTCHURCH (Reuters) – Aya al-Umari looks at the bunches of flowers and reads messages of support outside the Al Noor mosque, tributes left for the victims of the Christchurch shootings a year on from the attacks. 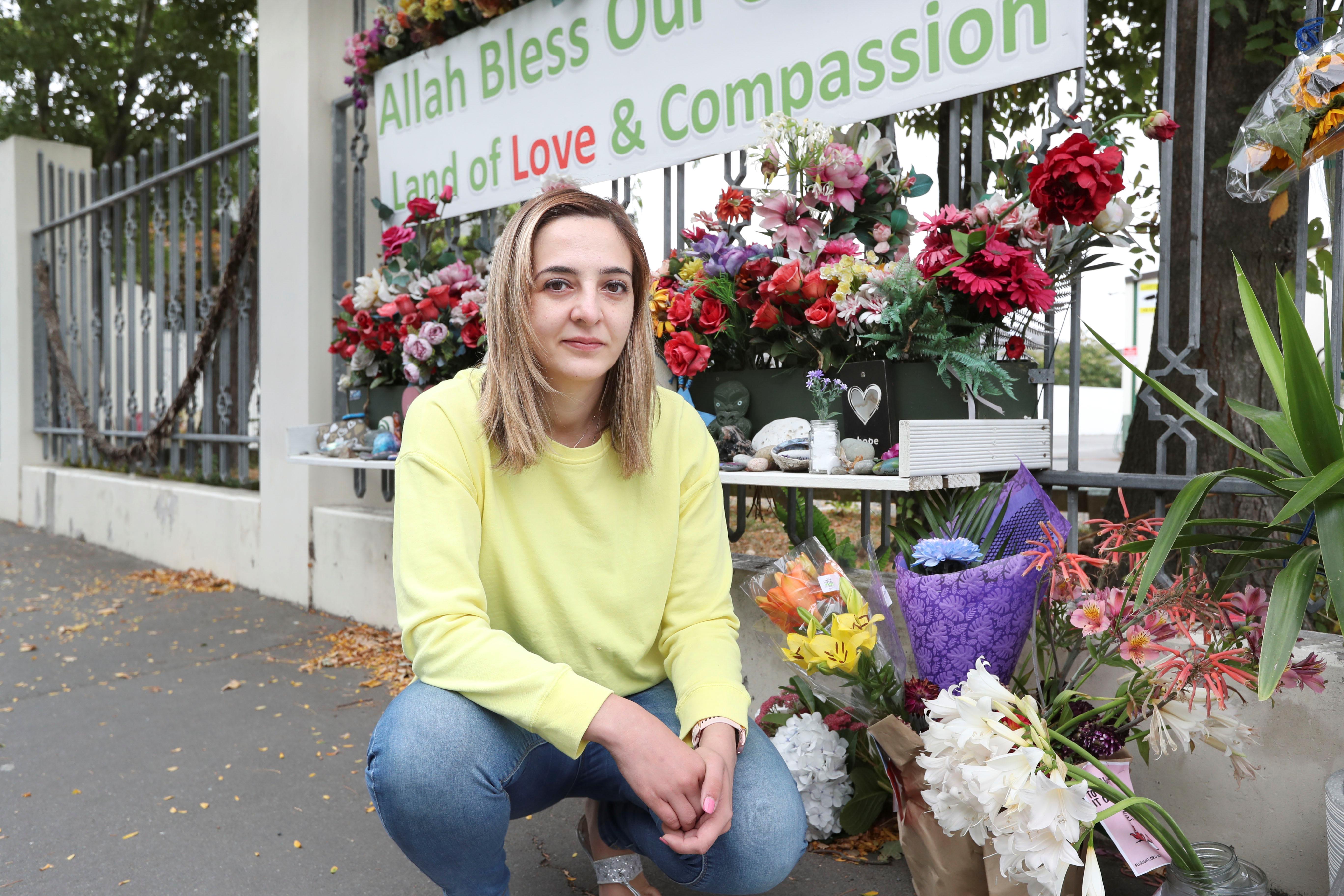 Al-Umari’s brother Hussein, 35, was one of 51 Muslim worshippers killed when a gunman opened fire at the city’s Al Noor and Linwood mosques.

“We live it day in and day out,” she told Reuters, holding back tears as she explained she could not bring herself to enter the mosque.

“A year on anniversary is a great way for us to come together as a community and reflect on the incident that took the lives of many people and ultimately my brother too.”

Among the tributes outside the Al Noor mosque were signs reading “We may be small, but we are strong” and “We love you!”

Brenton Tarrant, an Australian national, faces 92 charges in relation to the attacks. He has pleaded not guilty and faces trial in June.

Police were at the mosque on Friday after a new threat was reported last week.

Adele Carroll and her husband Des came to the Al Noor mosque to donate a prayer mat and an Islamic clock.

“We felt we should do this. Having lived abroad with several Muslim and Arab friends, we were hurt by what had happened here,” Carroll said. “We are all one … it doesn’t matter what religion or race you are. We just could not believe this could happen in our country.”

Across the city, hundreds of people attended a private prayer service at a civic center. The turnout was lower than expected as many stayed away due to concerns over the coronavirus outbreak, a factor that may also impact a memorial service planned for Sunday.

“One year has passed, but for us, it just feels like yesterday,” Abdul Aziz, who was hailed by local media for trying to stop the shooter, said outside the prayer service.

Taj Mohammad Kamran, who was shot in the leg and lost his friend, said it has been a very tough year: “But today, I feel more strong.”