(Reuters) – The world’s richest nations prepared more costly measures on Tuesday to combat the global fallout of the coronavirus that has infected tens of thousands of people, triggered social restrictions unseen since World War Two and sent economies spinning toward recession. 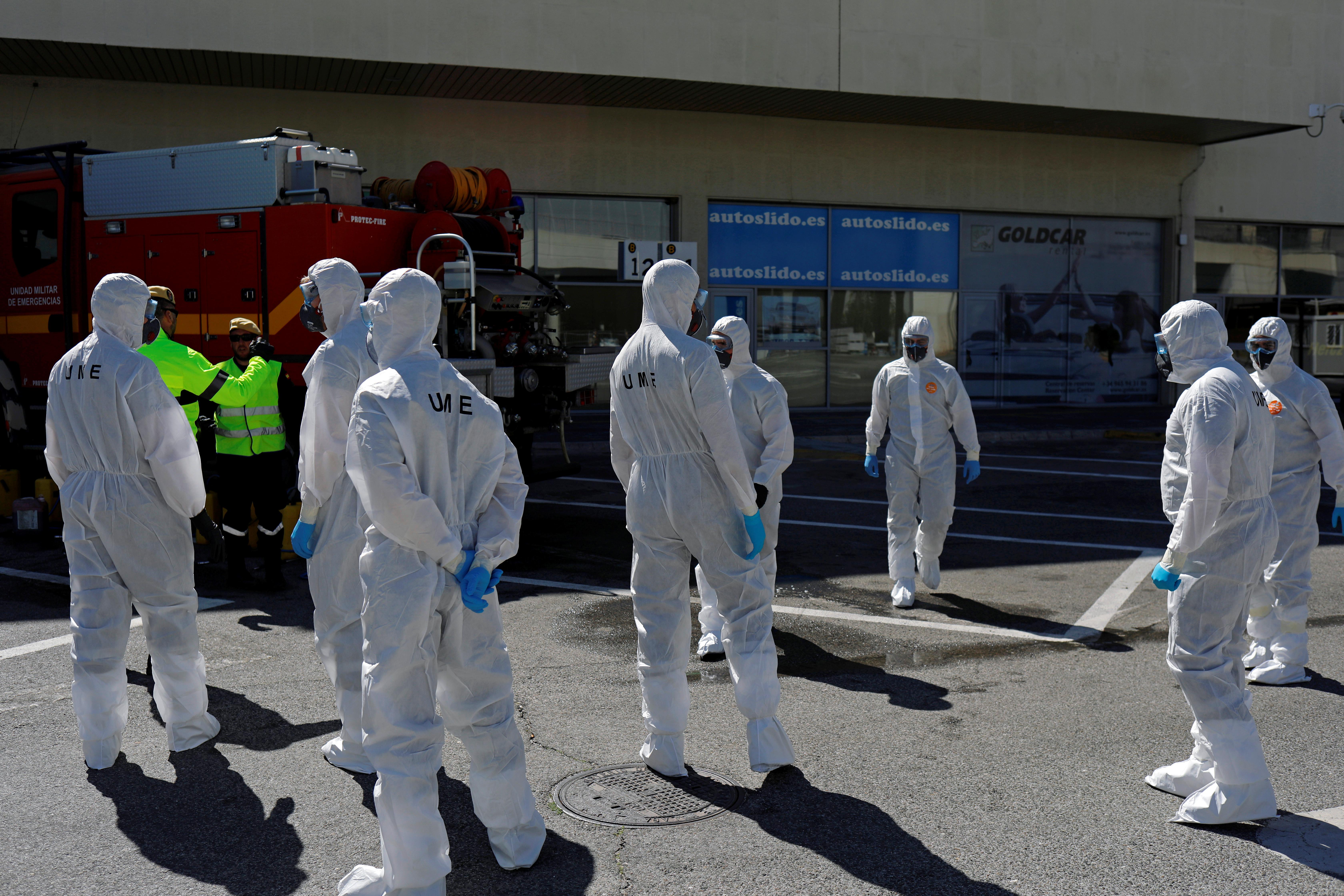 – Worldwide cases crossed 187,000, while the death toll was more than 7,400; there have now been more cases and deaths outside mainland China than inside.

– Canada said it would provide financial support to people affected by the coronavirus outbreak.

– Brazil on Tuesday reported its first coronavirus death and said tests were under way on four other possible COVID-19 fatalities.

– Tango classes, shows and milongas have been suspended in Argentina’s capital Buenos Aires for at least 15 days.

– Mexico’s Supreme Court said it will suspend its regular court activities from March 18 to April 19.

– Chile may postpone a referendum on a new constitution scheduled for April 26.

– Italy’s prime minister said the coronavirus was causing a “socio-economic tsunami” as European leaders agreed to seal off external borders.

– France put its 67 million people under lockdown on Tuesday, in an unprecedented act during peacetime, and said it was ready to nationalise big companies suffering financial turmoil.

– Belgium will impose a lockdown from midday (1100 GMT) on Wednesday until April 5 to restrict the movement of people.

– Germany is setting aside 50 million euros ($56 million) to repatriate German tourists stranded around the world.

– Turkey confirmed its first death related to the coronavirus as the number of confirmed cases more than doubled to 98.

– China has authorised clinical trials on its first vaccine developed to combat the coronavirus.

– South Korea reported 84 cases on Tuesday, its third day in a row with fewer than 100 new infections.

– Taiwan asked people on Tuesday not to travel abroad, as it announced its first double-digit rise in cases, all imported from overseas.

– Kazakhstan reported 14 new cases on Tuesday, raising the total to 27.

– Cambodia reported 12 new cases on Tuesday, doubling its tally to 24.

– Vietnam will suspend the issue of new visas for all foreign nationals.

– Georgia will ban minibuses and restrict services of gyms and swimming pools from Wednesday.

– Kyrgyzstan, which has no reported cases, banned entry to all foreigners.

– Australia has banned the public from the national sports institute in Canberra to reduce the risk of athletes contracting the coronavirus in the runup to the Tokyo Olympics.

– Saudi Arabia said its mosques would no longer receive worshippers for daily prayers or Friday congregations.

– Oman closed all tourist sites and banned gatherings in public places including beaches and parks.

– Jordan’s king approved a law that gives the government sweeping powers to enforce a state of emergency.

– Gold, the dollar and global equity markets rose on Tuesday after the Federal Reserve said it would buy short-term corporate debt directly from companies. [MKTS/GLOB]

– Boeing and other U.S. aviation companies are seeking billions of dollars in aid as they battle to survive a plunge in demand.

– Goldman Sachs said on Tuesday that China’s economy will likely shrink 9% in the first quarter.

– Malaysia postponed a meeting of finance and central bank officials from APEC countries scheduled to start on Tuesday.

– The virus is threatening project schedules in the U.S. solar industry, according to a report on Tuesday.

– The Philippine Stock Exchange closed indefinitely on Tuesday while currency and bond trading were suspended.

– The Euro 2020 soccer Championship was postponed for a year

– The PGA Championship scheduled for May 14-17 has been postponed.

– The Kentucky Derby, the first jewel in North American horse racing’s Triple Crown, will be postponed to September from May due to the coronavirus.