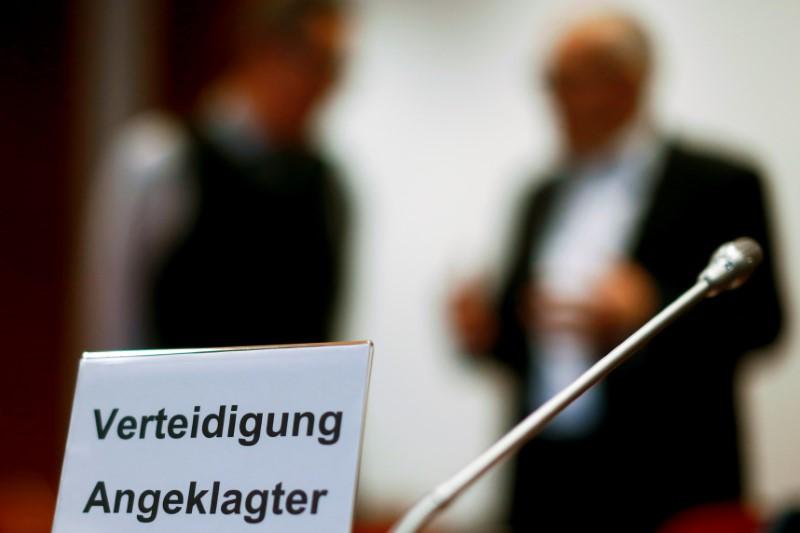 One of the bankers, Martin Shields, an Oxford graduate, told the court he had “learned his lesson”.

Shields was ordered to pay a 14 million euro penalty.

Throughout the trial, he gave detailed presentations to explain the scheme’s workings to the judges.

Nicholas Diable told judges that his wedding, honeymoon, career and birth of his children had been overshadowed by the investigation, expressing regret that he had taken part in the so-called “cum-ex” scheme.

The German prosecutors intend to use the case as the foundation for scores of further trials in a wider pan-German push to recover billions of euros from banks and investors.

The trial, as well as recent raids in Frankfurt and the arrest of a lawyer involved in the case, have been closely followed in London and Frankfurt, where much of the trading was organized, bankers said and court documents showed.

HOW DID IT WORK?

It allowed investors around the world to target chiefly German companies to generate multiple tax reclaims from phantom dividends. This went on for years, including during the financial crash when many banks were bailed out by the state.

The trade required a syndicate of big banks and investors, such as hedge funds, to work in tandem to engineer the trades.

The “cum-ex” trades are a mutation of a multi-billion-euro business called dividend arbitrage, bankers and finance industry experts say.

Here is how dividend arbitrage works. European countries sometimes impose a higher or lower tax on company dividends paid to shareholders, depending on who and where they are.

A London hedge fund may have to pay a higher German withholding tax when it gets a dividend payout on shares in a German car-maker than a pension fund in Munich.

To avoid the heavy German tax, the London fund lends the shares to the Munich pension before the dividend payout. The German fund then pays a lower tax and the shares switch back to the London investor. The saving is split. This is legal.

In Germany, a glitch in the mechanics of trading and reclaiming withholding tax made it possible to generate virtual dividends by short-selling stocks. That triggered a voucher to reclaim tax that had never been paid. This is illegal.

Once discovered by the global finance sector, the trading took on vast proportions.

Carefully orchestrated, shares would be rapidly moved around a group of banks and investors to give the impression of numerous owners, each entitled to a tax rebate.

The trades were so complicated, they long remained hidden. After roughly a decade, they finally attracted the attention of German tax authorities, who slowly stamped it out. Denmark too lost money to such bogus tax reclaims.

When the wider German public became aware of the trading schemes this prompted a heated debate, a parliamentary enquiry and a pledge from Berlin to get the money back.

The government has put a tally on the damage of 5 billion euros, although some experts say it could be twice as much. And with many of those involved scattered around the world, recovering the cash is difficult.

Some bankers involved said that the practice was such common knowledge among peers that they believed the German government was also aware of it.

But German government officials dismiss this as absurd. They point to attempts to stamp out the practice by changing and clarifying the law in 2007, 2009 and 2012, efforts they say made clear the trading was illegal.