BRUSSELS (Reuters) – A summit planned for the end of March in Beijing between China and the European Union is set to be postponed due to the coronavirus, two EU officials and two diplomats said, in a blow for the bloc’s efforts to pressure the Chinese over free trade. 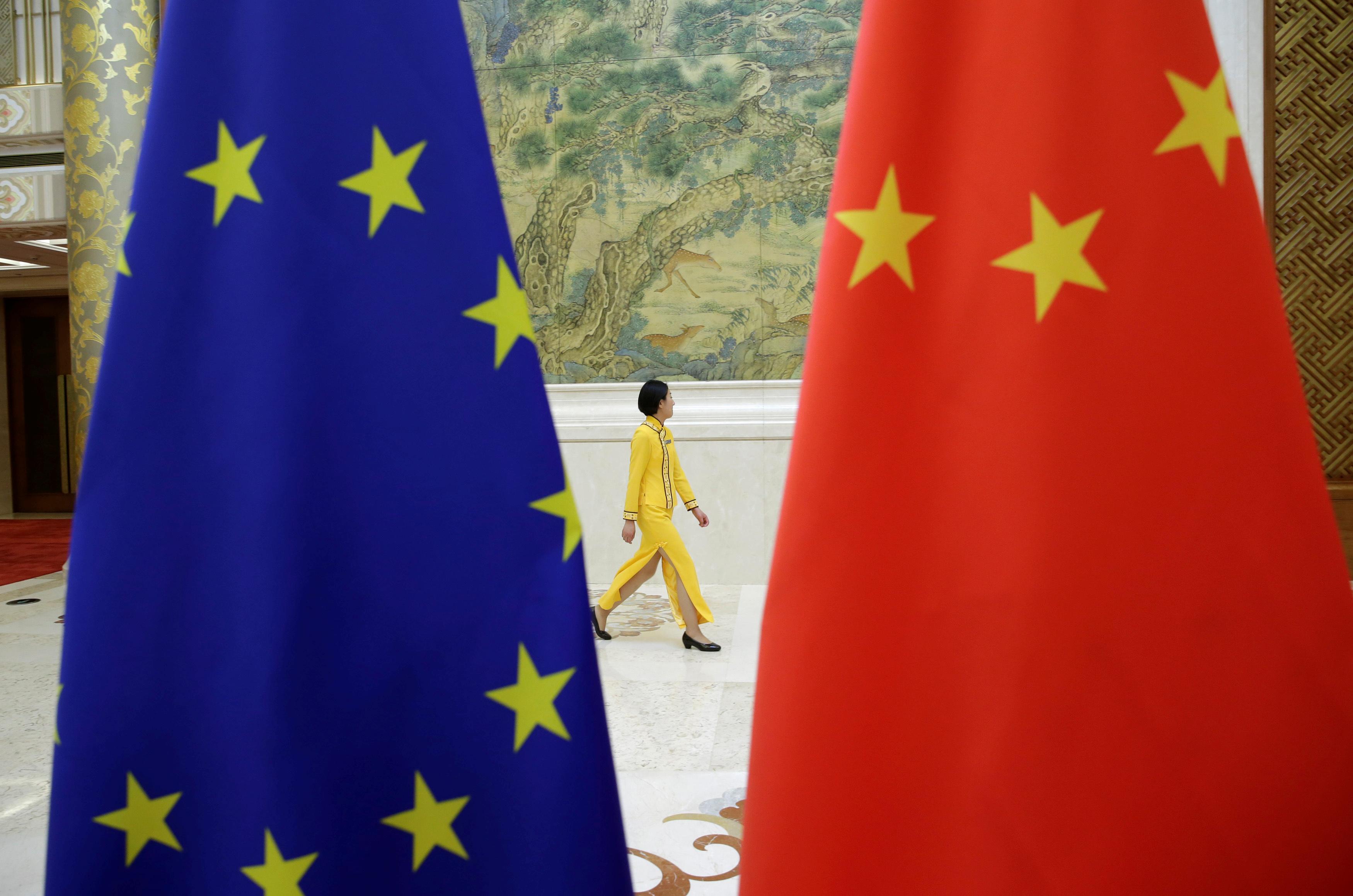 “The summit is set to be postponed, but not canceled,” one senior EU diplomat told Reuters, echoing information from other diplomats and officials who tried to prepare the meeting.

The Chinese foreign ministry did not respond to a request for comment.

Postponement robs the EU of a chance to push Beijing to make good on its promise in April last year to give European companies equal treatment in China and put an end to a practice of forcing foreign companies to share sensitive know-how when operating in China.

While the coronavirus pandemic has passed its peak in China, a series of preparatory meetings in Beijing and visits to Brussels by senior Chinese officials, including top trade negotiator Vice Premier Liu He, have all been canceled in recent weeks due to the health crisis.

That makes a summit virtually impossible to hold because little negotiation has been carried out to seal deals at the summit on areas from trade to green energy investments.

“China has been paralyzed. Everything is complicated by the coronavirus,” an EU official said.

While all 27 EU leaders and China’s President Xi Jinping are still due to meet in the German city of Leipzig in September, EU diplomats hoped to use the March meeting as a building block for a breakthrough on trade in Leipzig.

Brussels wants to strike an investment agreement with Beijing at the Leipzig summit. EU trade chief Phil Hogan has said that to do so, negotiations would largely have to be completed in July, but that a lot of time had already been lost.

An EU official close to the talks said that the two sides had not even started on a common official declaration for the March summit, seen as an essential step for progress to be made.

In the past, such EU-China summits were seen mainly as “feel-good” gatherings to cement ties between two economies defending an open global economy based on multilateral rules.

But French President Emmanuel Macron has called for “an end to naivety” about Chinese power and the European Commission, the EU executive, last year labeled China a “systemic rival”.

Many European governments have felt frustration at what they say is China’s failure to keep its promise to open up.

A second senior EU diplomat said China could try to use Leipzig as a “huge propaganda machine” to show close ties with the EU, the world’s biggest trade bloc, in contrast to China’s trade war with U.S. President Donald Trump.